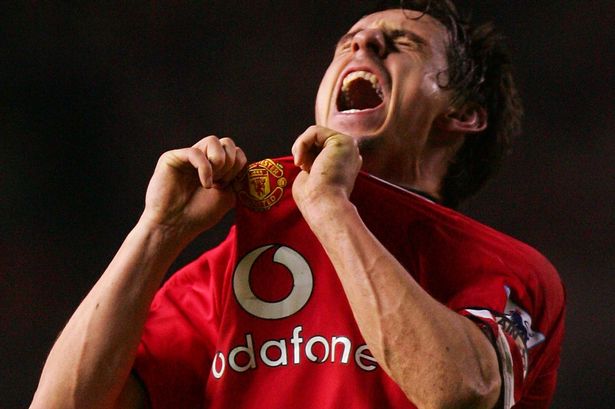 Gary Neville has revealed that Liverpool’s weaknesses when defending set pieces could be their downfall on Monday night, when they welcome José Mourinho’s Manchester United to Anfield.

Neville also pointed out that Jurgen Klopp’s side seem to tire from the 60th minute, and still look weak defensively speaking.

Despite Liverpool’s free scoring form, Neville insists that they have defensive problems, and has urged United to cross balls into the box as they have an aerial advantage.

“The big weakness for Liverpool on Monday is set pieces. If United put the ball in the box around the goalkeeper and the back four there’s going to be problems. That’s the way Liverpool are at the moment,” Neville told Sky Sports.

“Even against Arsenal in the first game of the season it was 4-1 and Arsenal made it 4-2 and you could see Jurgen Klopp on the sidelines thinking ‘do I quite trust these?’

“I did think that the last 15 minutes against Chelsea was a big, big moment. To come through it when it was 2-1 was a big moment to give them the confidence that they can actually hold on to a lead.

“They did it at Arsenal as well, but they still look a little bit weak defensively. It might not play out in the goals they concede, but it feels to me like from 60 minutes to 90 minutes they tire a little bit and dip.

“That’s where it feels like United could get on top.”

United have won their last four Premier League meetings against Liverpool, and Mourinho will be looking to extend that impressive run with a win on Monday night.