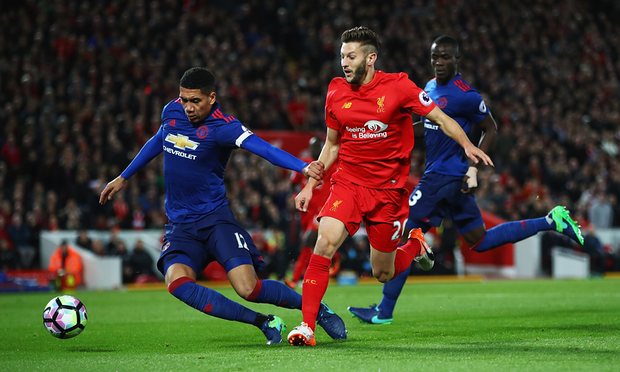 Manchester United captain Chris Smalling has played down Liverpool’s threat, after his side kept Jurgen Klopp’s team from scoring in last night’s 0-0 draw at Anfield.

Liverpool had scored nine goals in their last two home fixtures prior to the game, yet José Mourinho’s United kept them at bay, and Smalling claims they were always comfortable during the match.

When asked if Liverpool had troubled United, the stand-in captain said: “To be honest, no.

“Up until the last 20 minutes we sat a little bit deeper than we would have liked but until 70 minutes we were comfortable and we had a good start and the crowd started to turn on them.”

“There was a lot of talk about how Liverpool play and they have started the season quite well and scoring a lot of goals but we knew if we were compact and stifled them the crowd could turn and they did. We played our game plan.

“We have shown we can do both sides of the job. It is all about consistency now. We need to go on a little run and show people we are a team who are a threat.”