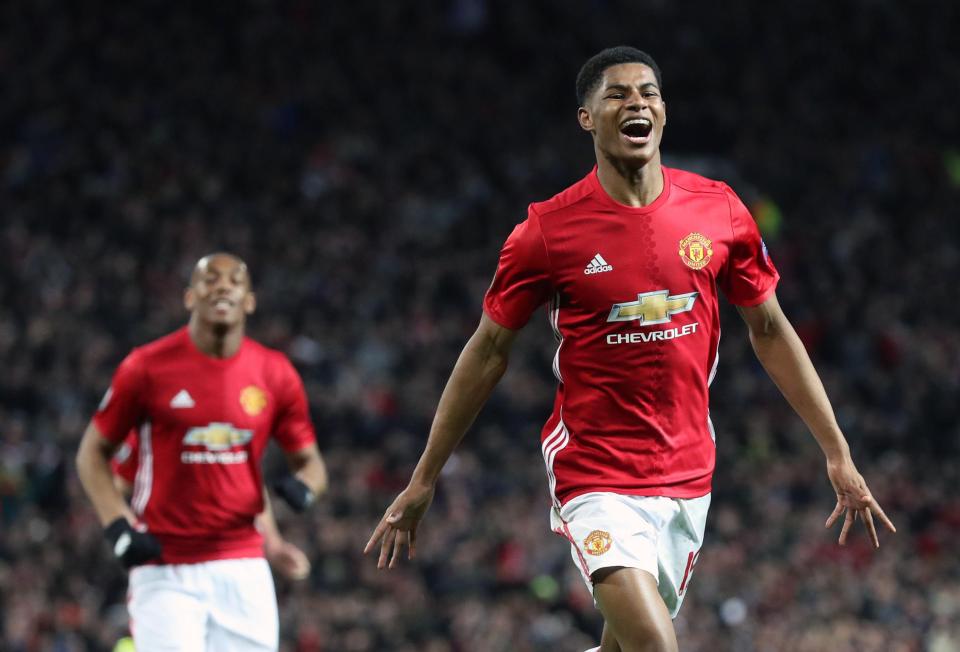 Marcus Rashford has spoken out about his development at Manchester United this season, and cited Zlatan Ibrahimovic as the reason he has progressed this year.

Rashford has played in the majority of games under José Mourinho in the Portuguese boss’ first campaign, either in his natural striker role, or out wide as a winger.

Ibrahimovic himself has been the starting striker this year, but after his shocking injury against Anderlecht in the Europa League, Mourinho will be looking at Rashford as one of the players to lead the line for the remainder of the season.

Despite Ibrahimovic’s arrival forcing Rashford out wide, a position he has had to get used to, the teenager insisted that the lessons he has learnt from the Swede are ‘irreplaceable.’

In an interview with the Daily Telegraph, Rashford said: “His [Ibrahimovic’s] influence on the younger players, especially, is fantastic.

“What I have learnt from him is irreplaceable.

“We want that to continue because he is making us into better players.

“Now, when I go to the left or right, I see it differently to how I pictured it last season. They are things I didn’t have naturally inside me. I didn’t feel uncomfortable in the wide role, but when something is different it takes a while to get used to it,” he added.

“For me the development has been going great all the way through. Next season I think I will have come across most situations that are going to occur.

“When you look in the first team here and there are players who have won 15, 20 trophies, you want to try and live up to that and even exceed what they have done.”