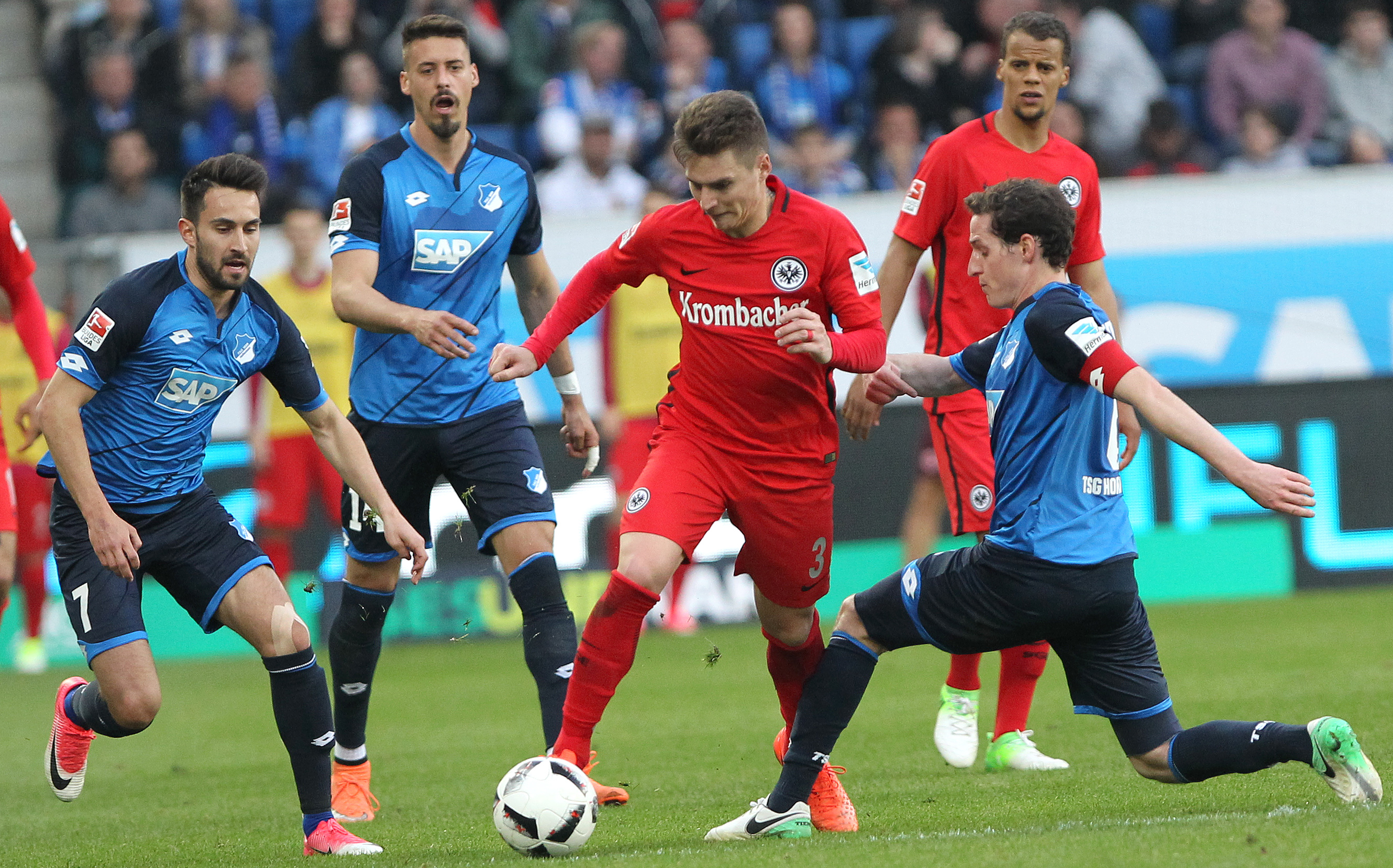 Guillermo Varela has said that he wants to make his loan status at Bundesliga club Eintracht Frankfurt permanent in the summer after enjoying his first season in the central German city, despite spending a large chunk of time on the sidelines recovering from injury after suffering ligament damage in September.

The right-back broke into the Manchester United first team last term under Louis van Gaal along with other youth prospects like Cameron Borthwick-Jackson and Marcus Rashford, but failed to set the world alight in the 11 games he featured in even though positive traits were shown.

Since Varela’s departure, Antonio Valencia has emerged from low down the pecking order under José Mourinho’s predecessor and is now the Portuguese manager’s favourite full-back as well as one of the best in the Premier League, so his future is looking rather dim in all honesty and a move away would probably be for the best.

After recently returning from his injury, just in time for Die Adler’s run-in, and told reporters that “Manchester is an industrial city and Frankfurt is bursting with life” and added that he would “like to stay if the club want it that way” – so not exactly the best things to stay if you’re wanting to win over the Old Trafford faithful.

Contrary to the 24-year-old’s eager nature for a long-term move across the Channel, Eintracht Frankfurt’s sporting executive Fredi Bobic seems hesitant about a potential deal and hinting that the wages and transfer fee could be too high for the club to afford, calling the prospect a “significant package”.

It’s pretty clear that Guillermo Varela would rather leave M16 than fight for his place in the defensive line so expect a departure to be finalised in the close season; the fact that he’s only got one more year on his contract makes that scenario even more likely, as United will be wanting to get a bit of cash for his services.