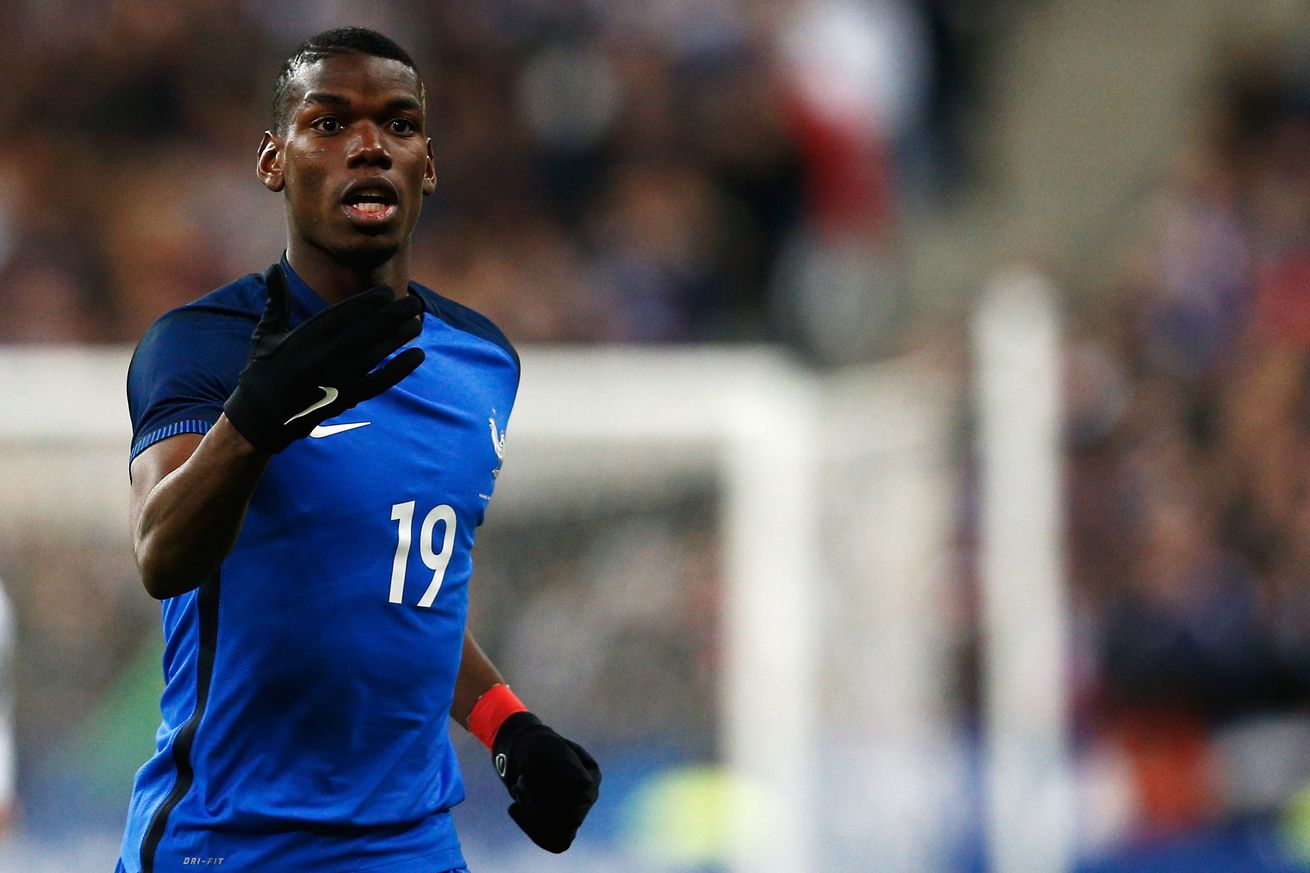 With the arrival of Paul Pogba at Manchester United, many are questioning what role he will perform in José Mourinho’s side. And, for a reported world-record fee, it’s best if the Portuguese boss gets the most out of his latest signing.

Mourinho has also brought Eric Bailly, Henrikh Mkhitaryan and Zlatan Ibrahimovic to Old Trafford, and this article will explore where I believe they should play in the side, and what roles they should take on.

Now, at this point, it’s hard to tell whether Mourinho will opt with the sturdy 4-2-3-1 that he adopted in his title-winning season at Chelsea in 2015, or the 4-3-3 system that he used in his first two seasons at Stamford Bridge.

In my opinion, simply because of the presence of Pogba, the 4-3-3 is the best option. I firmly believe that to get the very best out of Paul Pogba, one must craft their midfield around him. In a pivot in the 4-2-3-1, or at the ’10’ in the same formation, Pogba’s many traits are restricted. For example, in the pivot, there are less cases where the 23-year-old’s attacking threat is brought to life, as the four forward players take up most of the space in the final third. And, at the ’10,’ Pogba’s all-round game is restricted; the Frenchman can cover ground well, pick passes, and bolsters the United midfield with his incredible physicality. If he is used at the ’10,’ his attacking abilities will shine, yet some of his other attributes, such as picking passes from deep, will be harmed. The Red Devils have lacked physicality in the past few seasons, which is why I believe Pogba will be an excellent signing, despite the gut-wrenching £89m fee.

So, what players should José Mourinho use in this 4-3-3? Let’s have a look.

For me, the first name on the team-sheet is by far the most obvious. Arguably the best goalkeeper in world football, and if not, he is certainly the second best: David De Gea. The keeper has laid claim to three consecutive player-of-the-year awards at Manchester United, and no one can argue that he hasn’t deserved them.

After signing from Torino in 2015, Darmian did not have the best of seasons for Manchester United. A solid start to his campaign coming off the back of serious expectation delighted the United Faithful, yet a dip in his form has raised questions about his abilities. Darmian is a versatile defender who can play on either side of the defence, yet whether Mourinho will use him in his first team plans is yet to be seen, as the club have been extensively linked with AS Monaco’s Fabinho.

A certain starter in José’s side is Chris Smalling, coming off the back of two very solid seasons as United’s main centre-back. Smalling is an excellent stopper who works best next to a player who is comfortable with the ball at their feet, which was plain to see in his formidable partnership with Daley Blind in the 15/16 campaign. A definite starter in what will be an exciting season under Mourinho.

One of José’s very own signings, £30m-man Eric Bailly has impressed in pre-season so far, and will surely feature alongside Smalling at the heart of defence. Bailly can not only tackle and intercept, but can carry the ball out of defence with ease, something which is vital for maintaining possession and launching counter-attacks, a priority in Mourinho’s systems.

Manchester United fans were heartbroken after Luke Shaw suffered a double-leg fracture in last year’s Champions League clash with PSV, as the English left-back was on course to be one of their finest players of the season. Finally, the 21-year-old can be re-introduced into the first team, something that is sure to put smiles on the faces of his admirers. Shaw is a dynamic left-back with exceptional agility, and United should definitely utilise him on both ends of the pitch, as he has proved he is more than just a sturdy defender.

Despite not being the best with the ball at his feet, Schneiderlin has more than enough defensive capability to act as an anchor of United’s midfield three, dropping off and breaking up play from deep. There are concerns about the French midfielder’s passing ability, and rightly so, yet his importance in this system is unquestionable. Mourinho could also opt for Daley Blind as his defensive midfielder, as this was the position where he won the player-of-the-year award at Ajax, and is also a much better distributor of the ball. However, simply because of his defensive presence, I’ve gone for Schneiderlin, and I am sure Mourinho will too.

Without a doubt the most vital part of his midfield trio is Paul Pogba. At the heart of Mourinho’s midfield, the France international can spray passes from deep to launch attacks, use his aggressive nature to occupy a defensive space, and hover around the edge of the box with the hope of finding the net from range. Pogba may not be the perfect midfielder, but he is an extremely talented, multi-functional player, and is the closest that United are going to get to a true complete package in the midfield three.

Despite Pogba holding serious threat when going forward, it will be Wayne Rooney that occupies the advanced role in the midfield, acting almost as a true ’10’. There are questions raised every day about Rooney’s abilities, yet as the captain, he has to play.

Another José signing is Mkhitaryan, who he brought to Manchester from Borussia Dortmund after a seriously impressive campaign. Not only can United’s first ever Armenian player find the back of the net, his creativity will provide a much needed spark in the final stage of any attack. Mkhitaryan can also play centrally, and will most likely take up the ‘free role’ that we saw Lingard occupy in Wayne Rooney’s testimonial game against Everton.

What a waste of money, eh? Martial was one of the few bright sparks in a fairly dismal season under Louis van Gaal, and since signing for the club, has gone onto become a firm fan favourite. His eye-catching dribbling is something to behold, and the youngster can cut through defences like a hot knife through butter. I, for one, am looking forward to seeing just what Mourinho can get out of our Golden Boy.

After arriving on a free transfer, Ibrahimovic marked his United debut in style with a flamboyant scissor kick, and will most likely be the starting striker for the 16/17 campaign. The Swedish giant recorded 50 goals last season, and having found success under Mourinho in the past, United fans will be pleading the striker to lead them to a title push this term.

Mourinho expects his players to transition from defence to attack at an exceedingly quick pace, and the 4-3-3 is just the formation he needs considering the players he has at his disposal, especially with the addition of Paul Pogba. This formation in his first couple of seasons at Chelsea blew away the competition, as his side tallied up 95 points, conceding just 15 goals in the process. And, with the additions of Mkhitaryan, Bailly, Ibrahimovic, and the return of Luke Shaw, this might just be a season to remember, rather than one to forget, which is what United fans have grown used to since Sir Alex Ferguson’s retirement.