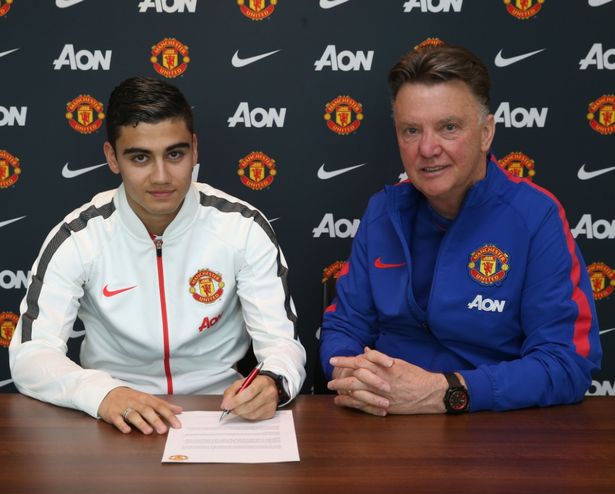 Manchester United attacking midfielder Andreas Pereira has accused his former manager, Louis van Gaal, of not sticking to his word in regard to the Brazilian’s playing time last season.

The youngster also revealed that the squad is more relaxed around Mourinho compared to Van Gaal, and that the Portuguese coach is much more honest to his players.

In January, when Van Gaal was still in charge at Old Trafford, it was well known that Pereira wished to leave Manchester on a temporary basis in search of regular first team football; however, the Dutchman insisted that the 20-year-old should stay on the basis that he would be given more minutes in the first team.

Despite this promise, Pereira found himself as a regular on the bench and in the reserves, and only featured for two minutes between the end of the January window and the end of the season.

“Of course I was disappointed [last season]. I wanted to play,” Pereira told Beyond The Pitch, as per The Mirror.

“Every player wants to play and I was disappointed I couldn’t play more minutes.

“I trusted the manager and it didn’t happen as I wanted it to but that’s life and I’ll learn from that as well.

“Now it’s different. I spoke with Mourinho and he was honest with me and that’s what I like.

“Maybe he [Van Gaal] was honest with me, but during the season a lot of things happened.

“I couldn’t say he’s a bad coach. I think he’s a very good coach, but unfortunately he couldn’t keep his word to me about that.

“I didn’t play but hopefully I can play now here [on loan at Granada] and I can have a good season.”

Pereira also said that there has been a change in atmosphere within the dressing room since the management switch.

“I think a lot of things changed and a lot of people changed,” he added. “People are more happy and more relaxed. It’s just a different atmosphere.”

Pereira will spend the season on loan at Granada during the 2016/17 campaign, and many United fans will be hoping he will return to the club fulfilling some of his incredible potential.