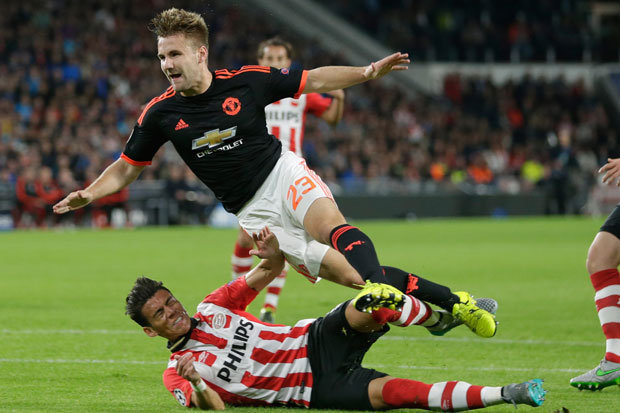 Luke Shaw has revealed that he does not want to be looked back on as ‘the left-back who broke his leg,’ after he suffered a horror injury in United’s Champions League clash with PSV last season.

The injury ruled him out for the remainder of the 15/16 campaign, but the England full-back has said that the situation has only motivated him more, in order to be remembered for his work on the pitch when his career comes to an end.

“I don’t want people to know me as the left-back who broke his leg when he was young. I want them to know me for how I play on the pitch and for how many trophies I hopefully win,” he said.

Shaw was one of United’s best players last season before the shocking injury, leading many to question whether the team would have had a much better campaign if he were to stay fit.

Despite being out for the majority of last season, the 20-year-old seems determined to make a name for himself under Mourinho, and insists that he feels no different to how he was before the injury.

“I feel really happy, personally. I thought maybe I wouldn’t find my feet so quickly after an injury like that, but it’s kind of strange. It feels like I haven’t been gone.

“I’ve had a couple of tackles in matches, but also in training. I wear shin pads in training so if someone kicks it, it’s safe.

“Ashley Young was the first to kick it, but it was good. I needed that. Now, in games, I’ve gone past thinking where the challenges are coming from, I just play free and enjoy being back on the pitch.”