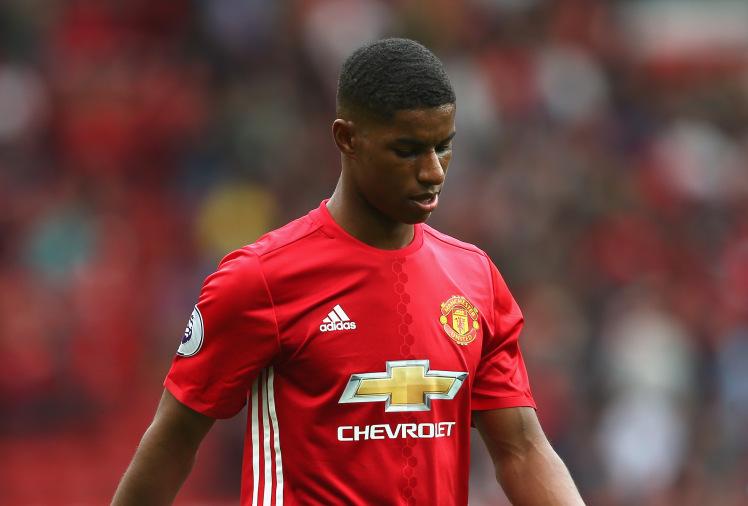 Manchester United have confirmed a 20-man squad for the trip to tonight’s clash in Rotterdam vs Feyenoord, with Wayne Rooney, Antonio Valencia, Luke Shaw, Jesse Lingard and Henrikh Mkhitaryan not travelling with the squad, and Phil Jones being left behind as he has been ruled out for a month through injury. So that leaves us wondering which way will the Red Devils line up, with Mourinho intent on going all out in the UEFA Europa League.

David De Gea seems like a certain starter for no matter what game in whatever competition, if the Spaniard was not going to feature he wouldn’t have travelled and would have been granted rest for the game away at Watford on Sunday. Sergio Romero and Sam Johnstone have also travelled, but it seems as if De Gea will be wearing the gloves tonight again.

With Valencia left at home, it looks as if the Italian will be given an opportunity under the new boss. Darmian is yet to appear for Mourinho, but it looks as if he will get a chance tonight to impress, and hopefully he will. Darmian started last season impressively, so hopefully he will get back on track this evening. Timothy Fosu-Mensah has also travelled, and could feature. The right back position remains to be undecided for José, with three players hoping to battle it out.

The England international is yet to get his chance this season due to the fantastic pairing of Daley Blind and Eric Bailly. Although this evening could see Smalling get his chance to prove his worth and give the manager another headache. Smalling was no doubt impressive for the majority of last season, but has missed out since he was sent off in the FA Cup Final back in May.

I feel Eric Bailly will be given a rest this evening, he’s been outstanding and deserves it. He looked extremely tired towards the end of the City game so I think Blind will keep his spot. Blind has also been solid, and will look good once again alongside Smalling if they are paired together.

Luke Shaw has been left at home due to hamstring concerns, and judging by Mourinho’s comments at the press conference yesterday, it seems as if he will start in place of Shaw. Rojo hasn’t been involved so much as of yet, but has a big chance later on.

Pogba will most likely play for the hour of the game, he looks as if he is still getting back to fitness and game time could be crucial for the Frenchman as he didn’t have an official pre-season and was brought straight into domestic action with United. He’ll be hoping to show his better side of form tonight.

Herrera was fantastic against Man City when he came on, he added much more to the midfield and may just push Fellaini out of the side this evening. If Herrera continues to impress it won’t be long until he is a starting player. Fellaini looked like a passenger at the weekend at times so he looks as if he’ll get a rest.

Martial came on as a sub against City, and was deployed on the right flank, I have a feeling it will be the same later this evening with both Mkhitaryan and Rooney left out. Martial is used to the left, but with Rashford set to start, Martial looks as if he could be on the right. Lingard has also been left out so it seems Martial is the only fit for the right wing later.

With no Rooney or Mkhitaryan it looks like Mata is the only choice for the number 10 role. He was sorely missed on Saturday and it will be good to have him back in the line-up later.

Rashford has been set to start since Monday after Mourinho confirmed he would be in the line up. It looks as if he will be on the left, the reason as to why Martial will be pushed over to the right, with two direct and pacey wingers it looks as if United could be a real danger out wide. Hopefully they can get involved and create for the big man up top.

Again, this seems like a formality. Zlatan has had a great start to life in England and will most likely be leading the line this evening again.