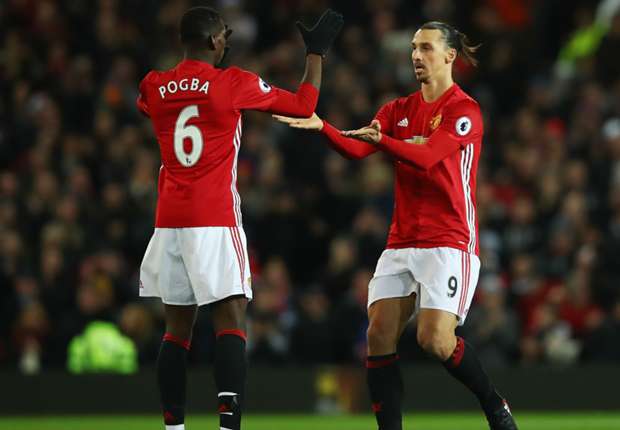 Zlatan Ibrahimovic has hailed Paul Pogba as a ‘phenomenal’ talent, but understands why the France international had a slower start than many expected on his return to Manchester.

The United forward explained his belief that Pogba was trying to do “too much” to justify his world-record £89m fee when he first signed from Juventus in the summer, but is glad to see the midfielder now showing his true colours at Old Trafford.

Despite playing for United in the past, Pogba lacked Premier League experience when he reunited with the Red Devils in the summer, but has since blossomed into the midfield star that many expected him to be when he first arrived – and Ibrahimovic has noticed.

“I think it is really difficult to play or adapt from different realities, but he is a phenomenal player. He has unbelievable potential,” the Swede told ESPN Brasil.

“I think when Paul came, in his first period in United, let’s say the first month, I think he wanted to demonstrate too much that he was worth the transfer that happened instead of playing his game like he knows how to play.

“When that started to cool down, he started to play like he knows how to play, and he makes it more easier for himself, doesn’t need to demonstrate because everyone knows who Paul is, what he has been doing at Juventus for the past three to four years, what he’s able to do, and now he’s playing more like Pogba.

“He has nothing to demonstrate, he has nothing to show, he just needs to enjoy the game and help the team like he’s doing now. So now he’s playing like a mature player and you see the results.”