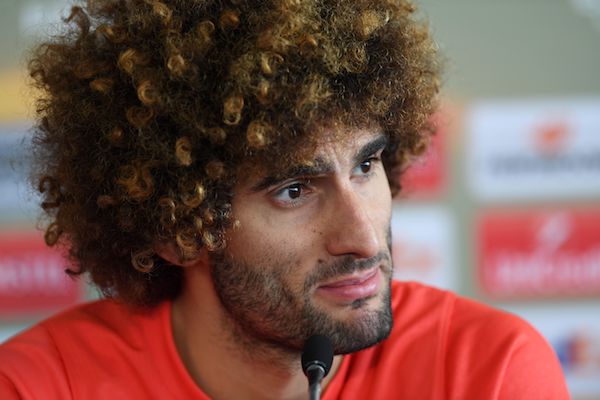 Manchester United midfielder Marouane Fellaini has expressed his belief that the team will be playing Champions League football next season, and that confidence is running high within the Red Devils camp.

United spent this season out of the Champions League, after narrowly missing out on the top four last season under Louis van Gaal. Instead, they have been partaking in the Europa League, and will face FC Rostov on Thursday night in the second-leg of their tie.

The Russian side fought back in the opening fixture, coming back to earn a 1-1 draw after Henrikh Mkhitaryan opened the scoring from close range. And, ahead of the second leg, Fellaini insists that the players are confident of progressing.

“All the players, all the staff, and the club and the supporters want to be in the Champions League next season,” Fellaini said.

“We will do everything to be there.”

“Everyone will see tomorrow, we are confident. We will show that.”

United have two chances of Champions League football next year, by claiming a top-four spot in the Premier League, or winning the Europa League. Mourinho’s men are favoured to progress tonight, after their 1-1 draw in Russia, which in hindsight is a great result after playing on such a poor quality pitch.

Ibrahimovic is expected to return to the side, as his ban from elbowing Bournemouth’s Tyrone Mings does not span over European competitions.