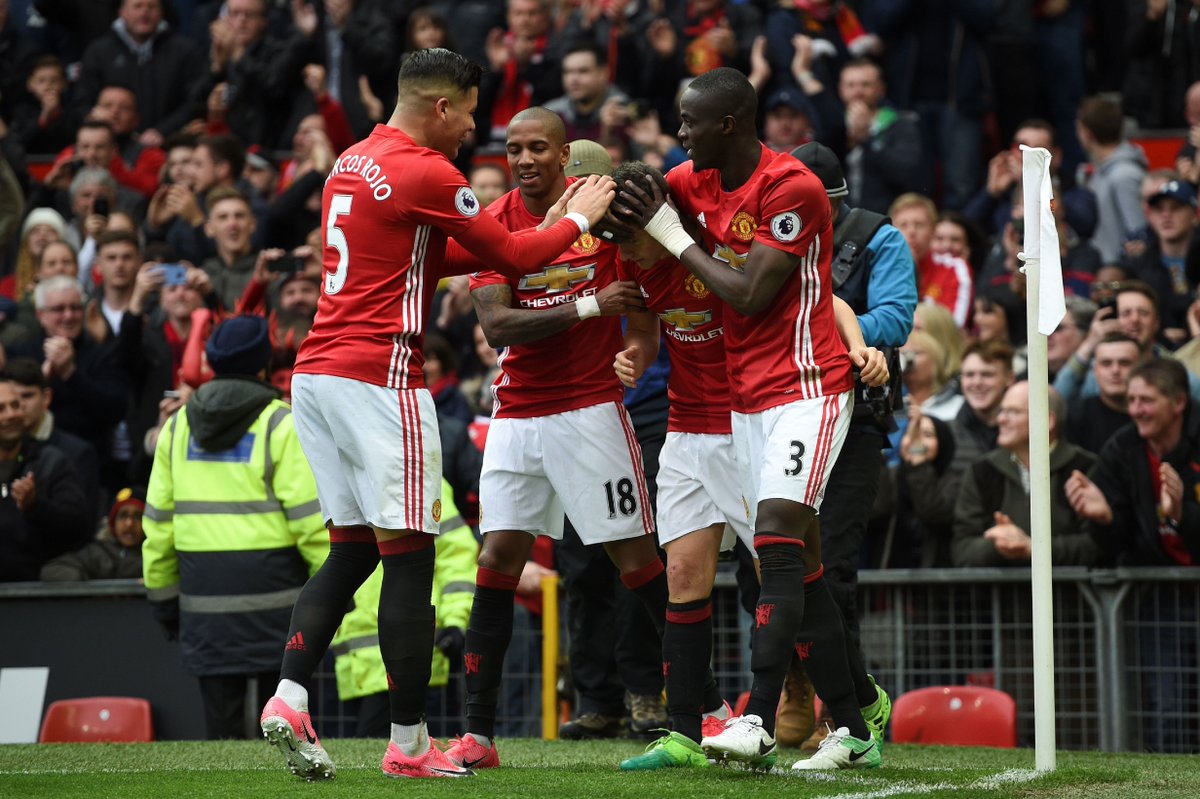 If you were one of the few to still have high hopes for today’s game following the team selection, I salute you. I wasn’t, and how wrong could I have been. Anthony Martial, Henrikh Mkhitaryan and Zlatan Ibrahimovic were all missing from Manchester United’s starting eleven, but boy, José Mourinho got it right. Here’s five things we learned as Manchester United beat league leaders Chelsea 2-0.

1. José Mourinho Has Still Got It

The Manchester United boss is regularly accused of his tactics being outdated and his managerial style being tactically inept, but today, Mourinho busted this myth. Chelsea’s danger men, Eden Hazard and Pedro, were man-marked out of the game. Ander Herrera and Eden Hazard practically shared the same heat map as the Spaniard stuck to the Belgian like glue, and on the other side of the pitch, Matteo Darmian followed suit with an excellent display snuffing out Pedro.

To cope with Victor Moses and César Azpilicueta, Ashley Young and Antonio Valencia played as orthodox wing-backs, supporting Marcus Rashford and Jesse Lingard in attack but bolting back to ensure Chelsea’s counter-attacks, which have been so impressive this season, didn’t cause Manchester United any damage.

To the neutrals, suggesting Manchester United are better without Zlatan Ibrahimović is mind-boggling. The Swede has bagged 17 goals in the Premier League season – not bad for a free transfer. However, the stats don’t show how many counter-attacks the 35-year-old has stopped this season, and counter-attacking football was what United were famous for under Sir Alex Ferguson; Rooney, to Ronaldo, back to Rooney, goal. Ibrahimović’s performance vs. Southampton in the EFL Cup final was perhaps his greatest in a Manchester United shirt, and fans owe him for the reason Wayne Rooney’s hands were able to grasp and lift that trophy, but in the Premier League, Zlatan’s lack of mobility and slowing the game down as United’s forwards bomb forward has been one of the main reasons for the consistency of home draws.

Today, Mourinho went with Marcus Rashford up-front, which may have come as a huge surprise to Antonio Conte. Just days after the Italian labelled David Luiz as one of the best defenders in Europe, 19-year-old Marcus Rashford tore him apart. Mourinho’s post-match comments suggested Zlatan Ibrahimović wasn’t dropped for tiredness, but for tactical reasons. The Portguguese knew Rashford’s pace would cause Gary Cahill and David Luiz problems, and it did. As a Manchester United fan, it was the most exciting I’ve seen us all season. Every Rashford run looked likely to result in a goal, nutmegs, drops of the shoulder, he had it all today and it made a huge change from seeing Ibrahimović’s static presence.

What made today’s win even more enjoyable was keeping a clean-sheet. Diego Costa’s reputation for being a handful is widely known, but Marcos Rojo and Eric Bailly bullied him all game. The Spaniard didn’t manage a shot on target in 90 minutes, and neither did his team-mates. Perhaps the best defensive performance for quite some time, Rojo and Bailly were essential in keeping Costa quiet, which they did expertly. At Stamford Bridge, Chris Smalling played in both of the Reds losses to Chelsea, in which he was particulary poor in the 4-0 loss, but then again, so was everybody. With both Phil Jones and Smalling on the treatment table, the stability between Rojo and Bailly has been allowed to blossom, and United’s defensive troubles could be disapearing with how impressive the duo have been this season, especially today.

For an unknown reason, Jesse Lingard receives the most criticism in any poor performance from Manchester United’s side. After today, it shouldn’t happen again. The 24-year-old has consistently given his all in every game he has participated in and today, he gave everything he had for the cause. The friendship between Jesse Lingard and Marcus Rashford means the pair are almost telepathic on the pitch, perhaps having better link-up play than any other duo in the squad.

Lingard’s movement along with his pressing meant Chelsea’s back 5 were constantly busy, meaning Asmir Begović couldn’t play out like Thibaut Courtois usually would. The runs in-behind Chelsea’s defence from both Rashford and Lingard caused the Blues problems all game, meaning Mourinho has to have more faith in Manchester United’s youth products in order to progress.

Since his arrival at Old Trafford, it’s fair to say Paul Pogba’s impact in the big games isn’t what we all hoped for. His best perhaps coming in the FA Cup clash with Chelsea, but Ander Herrera’s sending off meant he and Mauroune Fellaini were overrun in midfield. Against Liverpool, in the same week as he released his Twitter emoji, he gave away a penalty and most of the passes he completed. However, today the world’s most expensive player put it all behind him. From the first minute, his work-rate and contribution to both attacking and defending was superb. Perhaps highlighted best when he sprinted back to prevent a dangerous counter-attack, challenging Diego Costa and winning the ball back before setting United on the attack. On occasions, Pogba’s eagerness to impress means he can overdo simple tasks, but the strength of the 24-year-old’s character to not hide under constant criticism allowed him to be a key man in Manchester United’s midfield.