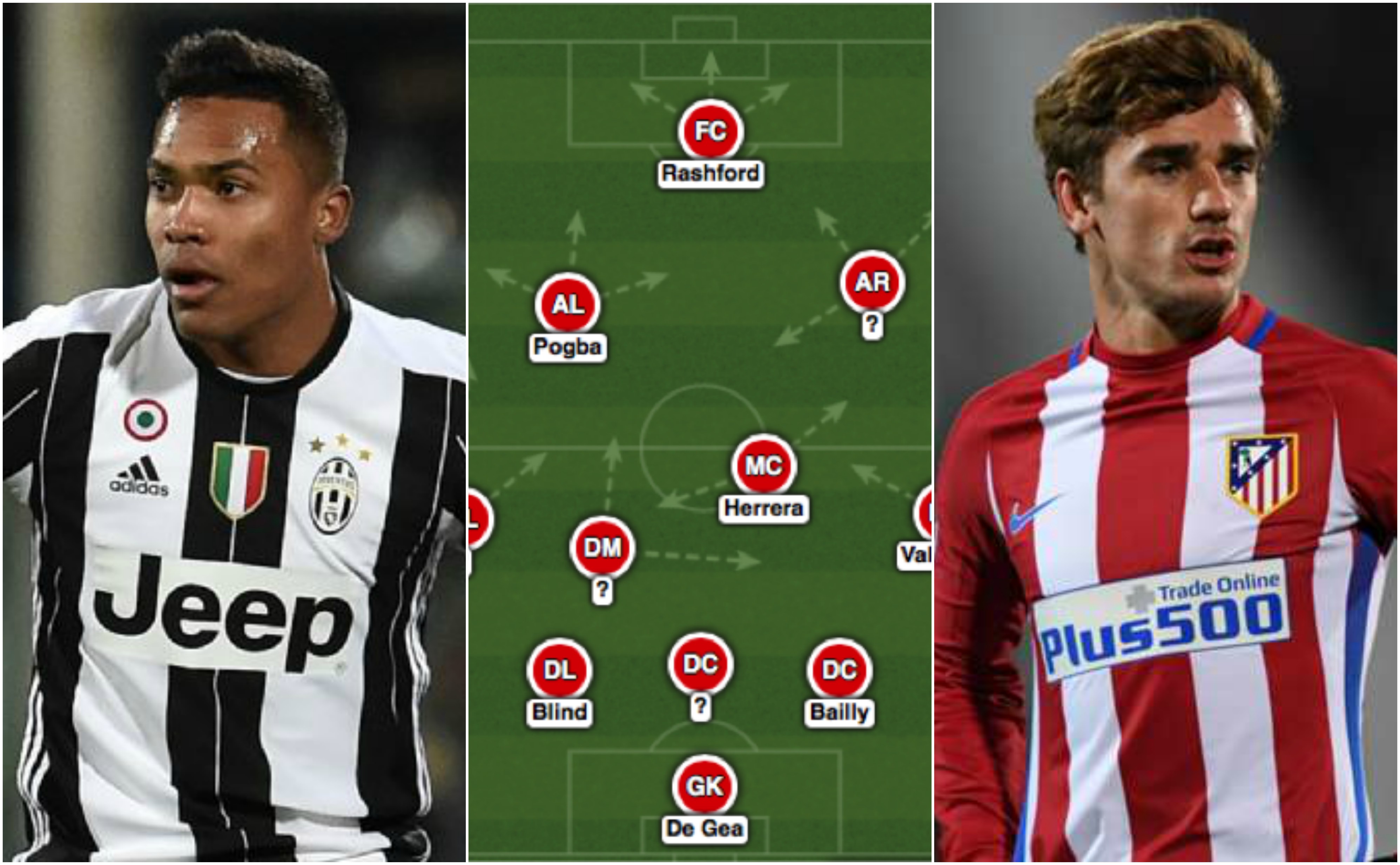 The 4-3-3 formation has offered a rather solid and compact option for Mourinho and United this season, but whilst operating as a rather hard team to beat, they have also made it difficult for themselves to win games. The three-man midfield has evidently served as a rather safe resource for United following their 25 game unbeaten run, the only problem being that they only won 13 of these 25 games. As goal scoring has evidently proven as a weakness this season (lowest out of current the top seven), there has been much welcomed speculation regarding the arrival of a new striker and whilst this looks most likely, perhaps a change in formation is also an option.

The 3-4-3 formation has evidently worked efficiently this season for champions elect Chelsea and looks to have inspired other teams to adopt this system such as Tottenham and Arsenal. I have therefore taken a look at how United could adopt this formation and what players would need to be signed in order to upgrade the current side.

The Centre back – Virgil Van Dijk

Regardless of how United shape up next year, a new centre-half is undoubtedly required this summer following the injury crisis suffered this season predominantly with Phil Jones and Chris Smalling, where at least one of the two look destined to depart Old Trafford. In the 3-4-3 formation, the middle centre half operates predominantly as a ball playing defender and although Daley Blind would potentially flourish in this role, having him on the left hand side would thus add a perfect balance to the back three. The ideal center back that United should therefore look for is the Premier League proven Virgil Van Dijk.

Before his injury this season, Van Dijk was proving his worth and had certainly looked to have progressed as a defender remarkably over the last year. Standing at 6”4 whilst also holding a quick burst of acceleration, the Dutchman certainly acts as a tough opponent to get past as not many attackers can match Van Dijk’s physicality. Most impressively, Van Dijk also possesses great distributional skills in spraying diagonal passes across the pitch, thus making him a perfect fit in this system. At the age of just 25, the Dutchman looks set to progress into a world class talent and would no doubt be swain towards a move to Manchester United.

The left wing back – Alex Sandro

Another position that United have struggled with this year through injuries and rotation has also been through the left-back position. Following the strange scenario with Luke Shaw, United have relied on rotation between the likes of Darmian, Young, Blind, Rojo etc. Although all of these players have respectively provided as solid cover, there is no denying that United need a consistent performer out on that side and following Luke Shaw’s injury, United may need to consider new options come the summer.

In terms of a left wing back, there are few options out there but one that has perhaps gone under the radar this season has been Juventus’ Alex Sandro. The Brazilian optimises the ideal wing back through his pace, aggression and most importantly his understanding of positioning in which he is able to balance his offensive and defensive duties perfectly. Although the 26 year old wouldn’t come cheap, he may be tempted with guaranteed playing time following Juventus’s preference to rotate between himself and Asamoah.

As mentioned, United’s three-man midfield has served as a compact structure this season but if Mourinho was prepared to adopt this new formation, he would most likely prefer to release Pogba up field and therefore look for a new centre midfielder. Although Carrick remains as a ever reliable option for United, at the age of 35 one must wonder when United will ever look to replace the Englishman.

Although Fabinho is a completely different sort of player, he predominantly operates as a robust defensive midfielder, he would act as the perfect balance alongside the energetic Ander Herrera. This potential partnership in itself is a replica of Kante and Matic, with Herrera potentially being given the license to press after the ball whilst Fabinho would sit deeper and offer as protection. Fabinho has certainly shown his worth this campaign, particularly in the Champions League where he has blossomed as one of Europe’s strongest defensive midfielders with his aggression and tackling.

Last but certainly not least is the attacker you were presumably expecting – Antoine Griezmann. The third placed runner up in the Ballon d’Or has been linked with a move to Old Trafford over the past year now and would no doubt serve as a stellar signing. With Atletico reportedly demanding £100m for the French star, Griezmann would undeniably be an expensive one, but one that would add that extra firepower to United’s attack.

With a league goal scoring record of 106 goals in 189 games, it is evident that Griezmann holds his reputation as a world-class attacker for a reason. Despite being notorious for his quick agile dribbling and clinical finishing, the Frenchman is also recognised as a hard worker for his team and would no doubt fit into this system effectively. Although I have him down on the right wing, Griezmann would have a license to drift inside and operate across all areas on the pitch in the spaces behind the opposition’s midfield and defence.