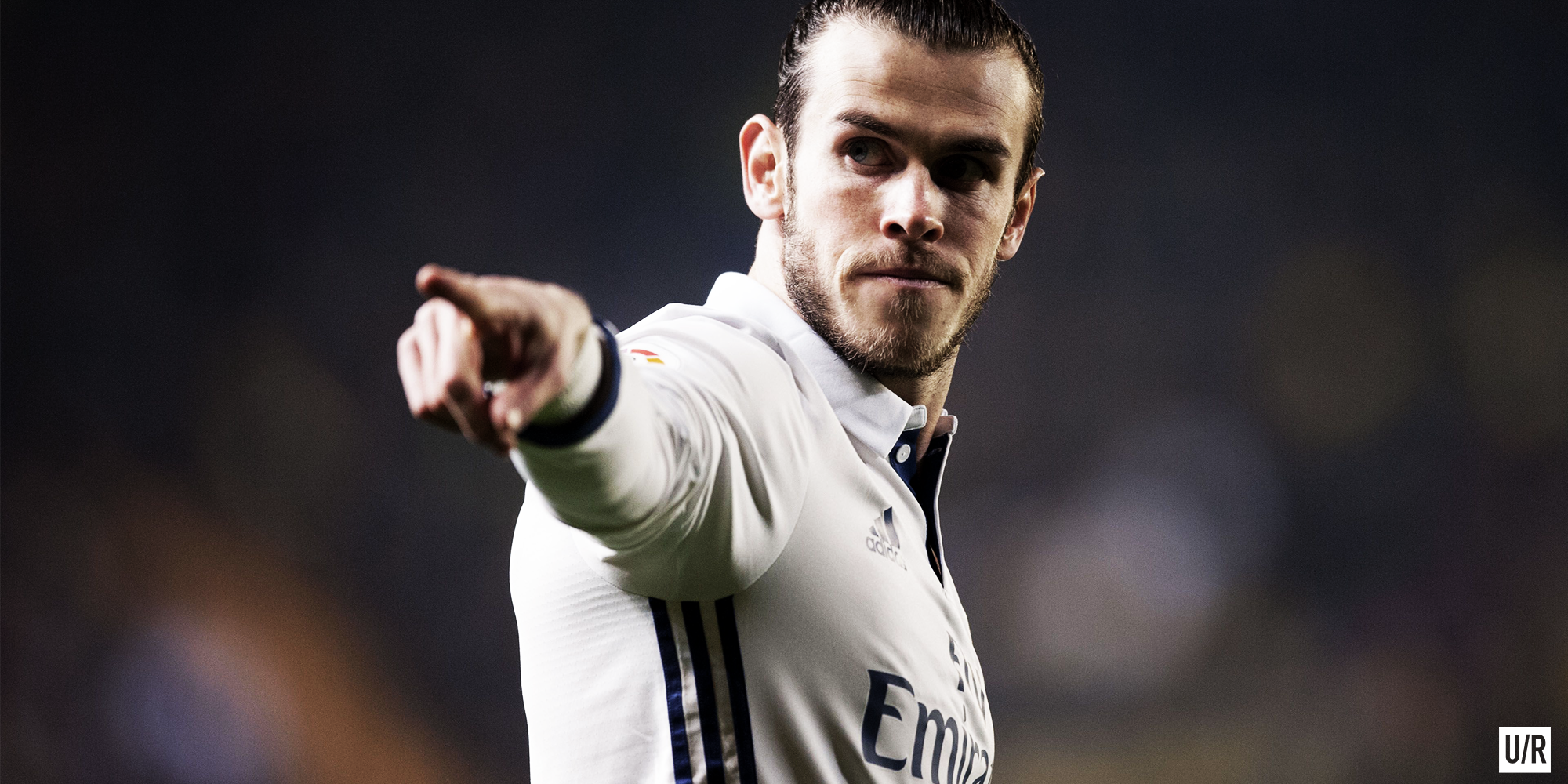 The 2016/17 season has not been a particularly vintage season for United, and yet the potential transfer of Gareth Bale seems more realistic than ever before. Whilst United have laboured to 6th place in the league, Bale’s Real Madrid side are on the verge of potentially winning both La Liga and the Champions League. Though the rumour mill tends to go into overdrive at the close end of the season with Bale every year, this time around it seems much more realistic because of the fact that this has arguably been Bale’s worst season at Real Madrid in terms of overall impact.The Welsh forward has had a torrid time this season as far as injuries go, with just 9 goals and 3 assists to his name so far as injuries have restricted him to just 26 appearances in all competitions this season.

Indeed, what makes this more startling is how impressive Real have looked despite Bale being out of the team for such long periods of time. Isco has stepped up to the plate and put in a number of impressive performances such as the key impact he had in the second leg of the Champions League semi-final against Atletico Madrid. I would argue that even if you ignore his crucial goal at the Vicente Calderon, Isco’s inclusion to the Real Madrid side suits their attack so fluently in a way that Bale’s more direct approach cannot achieve. That isn’t to say that Bale isn’t still a world class player. Bale remains as good as ever of course as his sheer power and pace makes him difficult for any defender to deal with.

However, it’s difficult to ignore how much more disjointed Real’s attack looks when Bale plays, as they are much more dependent on individual moments of inspiration rather than the fluid attack that Isco offers them when he plays. This is before we even consider the massive potential that Marco Asensio has, who looks to be a star in the making.

Nevertheless, there are of course other forces in play here. Real Madrid President Florentino Perez remains a huge fan of Bale, and this offers Bale a buffer from the criticism he receives and perhaps also a second chance next season to prove his worth. Manager Zinedine Zidane has also shown his preference for Bale over Isco when it comes down to a straight choice between the two. This is no more evident than the El Clásico on the 23rd April where Bale was rushed back from injury and thrown straight into the starting XI despite Isco previously impressing. Bale subsequently went off injured in the first half, and Madrid’s attack considerably improved once he went off, though it must be taken into account that he was playing whilst injured.

Additionally, Real are set to have a big summer in terms of both incoming and outgoing transfers. Whilst Bale has been linked to United, in recent days speculation has increased rapidly over James Rodriguez potentially joining United. While Bale would probably cost a world record fee of around £100 million, James would be significantly cheaper with a price tag of around £60-70 million.

There would of course not be a clash of competition for places between the two as both players specialise in different positions- James is more of a number 10 while Bale is primarily an attacking winger. However, it remains unlikely that Florentino Perez would sanction both these transfers to United in the same summer if at all. Indeed, it seems probable that if United sign just one of these players that Perez would look to include David De Gea in the deal. Though United value De Gea at £60m, Perez remains an admirer of the United goalkeeper who seems like he will inevitably return to his hometown of Madrid at some point in his career. Therefore, United will have to weigh up the options before going for any Real Madrid player. Indeed I would argue that, as unlikely as it is, if United could get one of Toni Kroos or Luka Modric included in any kind of deal for De Gea, that would suit United more than James or Bale would.

If we look further at the positions they play in, and then look at the United squad, we can see that perhaps James Rodriguez would be the better signing in terms of allowing the development of both Anthony Martial and Marcus Rashford to continue. Signing Bale would of course limit the amount of game time Martial would have – he has yet to start 5 consecutive matches under Jose Mourinho this season as it is. However, should Bale indeed be signed, it might in fact be a sign that Jose is planning for Rashford to become the main centre forward at the club, though this is unlikely in part, due to his young age and the inevitable inconsistency that often comes with that inexperience.

Similarly, United themselves are set to have their own big summer of transfers, and one man who has been constantly linked to United is Atletico Madrid forward Antoine Griezmann. He would of course cost a massive transfer fee as well, though less than Bale would cost. He is also rumoured to be Jose Mourinho’s first choice signing in a bid to improve United’s attack. Therefore, if it came down to a straight choice between the two, it seems likely that Griezmann would get the nod over Bale. However, though rumours have continued all season over Griezmann to United, in recent days there seem to be more reports of Griezmann deciding against joining United and therefore his transfer may not be as set in stone as we all think. It seems clear that Bale needs to be the main man to perform at his best, as we saw last season whenever Ronaldo didn’t play, Bale stepped up and performed. Though Rooney seems set to finally leave United, United’s prized marketing machine has focused on Paul Pogba this season and therefore the fact that Griezmann gets on with Pogba (they are close friends) and have played before for the French National team would seem to give Griezmann even more of an advantage over Bale.

Overall, I would say it is unlikely United will sign Bale for this summer at least. Real Madrid are likely to give him another season to prove that he is not just another Robben for them in terms of being injury prone, and United themselves look likely to sign other players ahead of Bale anyway, namely Antoine Griezmann. Of course, all of this is simply conjecture at this moment in time, and is reliant on United winning the Europa League final and subsequently qualifying for the Champions League against an impressive Ajax side which may not be as straightforward as many think.