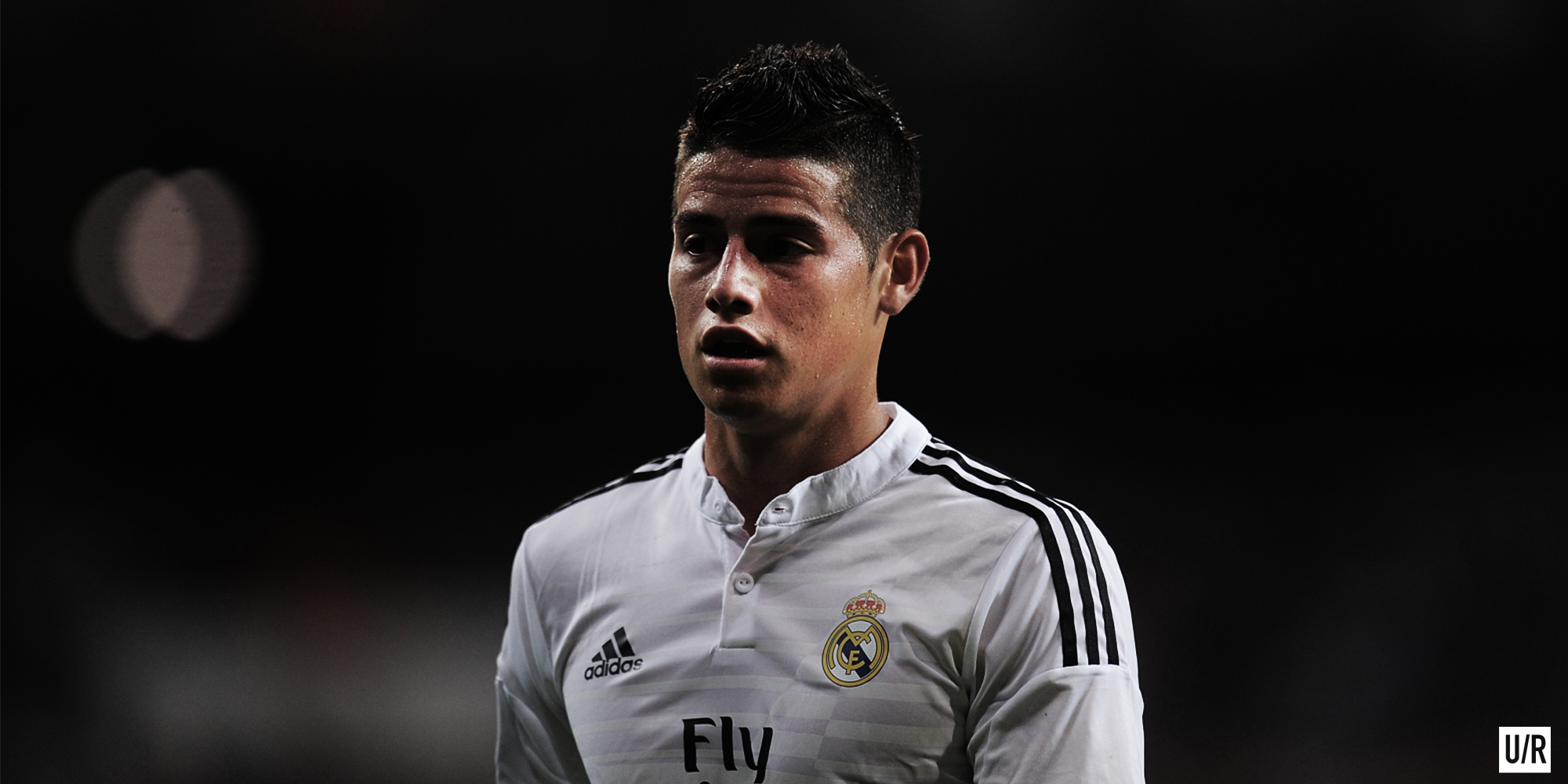 According to Colombian news outlet RCN, Real Madrid’s James Rodriguez has reached an initial agreement with Manchester United over a summer transfer. Over the past couple of years, United have been caught up in seemingly endless transfer sagas but this latest claim seems to hold some serious weight.

For starters, RCN is the official broadcaster of Real Madrid in Colombia which adds some credibility to the claim. Additionally, James Rodriguez, like Jose Mourinho, is the client of super-agent Jorge Mendes and this surely gives the Red Devils the edge in getting the Colombian’s signature. Additionally, the manner in which Rodriguez left the pitch during Madrid’s win over the weekend may be the biggest confirmation that a transfer is seriously on the cards. After his number was called, Rodriguez took his time to leave and gave an emotional round of applause to all in the Bernabéu. Moreover, a transfer to United could see David De Gea finally going the other way leading for United to look for another goalkeeper such as Atletico Madrid’s Jan Oblak.

Assuming James Rodriguez does sign with United this summer, what can the Old Trafford faithful expect? On the surface, this transfer may feel somewhat unnecessary but when looked at closely, Rodriguez may be a much needed asset. Throughout the season, Jose Mourinho has lamented the quality of play in the final third and James Rodriguez may certainly be part of the solution. What makes the Colombian such an enticing prospect is his directness and attacking attitude which would make make the Premier League the perfect place for himself to express himself . Since moving to Madrid, Rodriguez has scored 39 goals and provided 38 assists. United have lacked a true attacking threat from the midfield and Rodriguez would certainly fill that void. Moreover, Rodriguez adds something that United have very dearly lacked – set piece quality. The Colombian is an excellent free kick taker that can score or deliver a dangerous ball for players like Pogba or Bailly to attack.

Continuing on, a major question mark about Rodriguez is what position he will play. With the emergence of Casemiro, James has often been pushed out wide which has limited his effectiveness. James enjoyed his best season at Madrid under Ancelotti when he was played as the furthest midfielder who operated right underneath the striker. If Mourinho wants to get the best out of the Colombian, then it is imperative that he plays in the same role behind whoever leads United’s forward line next season. Yet Rodriguez’s favorite position also happens to be Antoine Griezmann’s preferred position. If James joins United, it makes the long-linked Griezmann’s transfer rather unlikely. Griezmann does not fit Mourinho’s profile as a physical striker that can hold up the play and it’s not worth pushing either player out wide to accommodate the other.

In all, if Manchester United are able to acquire the Colombian’s signature then fans have a lot to be excited for. A midfield of Herrera, Pogba and James coupled with the pace of Mkhitaryan, Martial and Rashford is certainly a very potent attacking threat. Fans worried about this transfer mimicking the Angel Di Maria situation should rest assured. Unlike Di Maria, Rodriguez will certainly be keen on showing the world what made him one of the most sought after players 3 years ago which bodes well for a United side trying to get back to the top.

What do you think? Is James Rodriguez the right player for United? Who would you like to see operating the #10 position next season and under which striker? Let us know in the comments below.