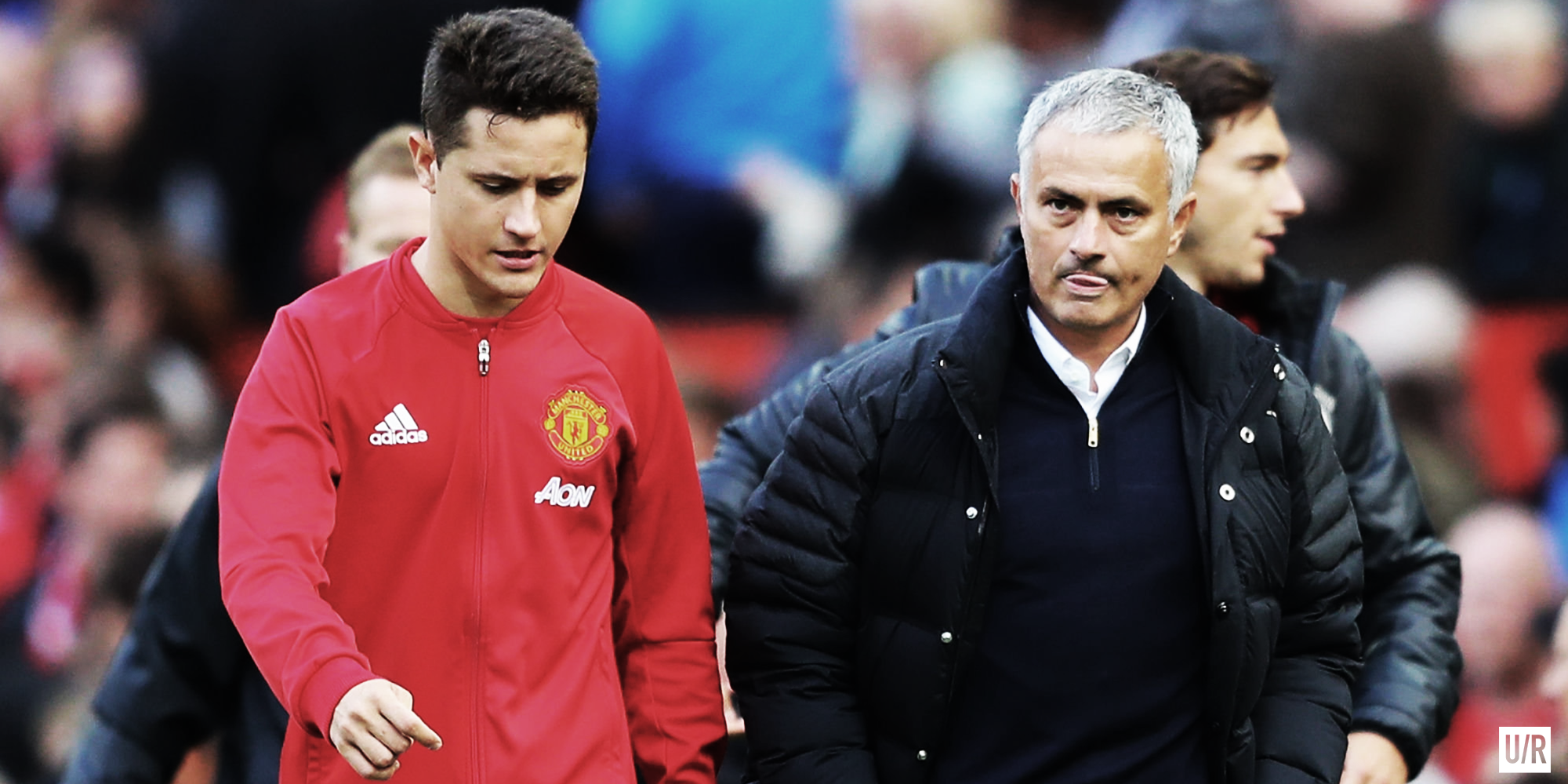 When Manchester United announced on 26th June 2014 that they were signing 24-year-old Ander Herrera for a fee of around £29M from Athletic Bilbao, a lot was expected of the young Basque midfielder.

The former Bilbao man impressed in his debut season at Old Trafford, as Herrera went on to bag six Premier League goals in his 26 appearances solely from midfield, with the Spaniard bagging eight goals in 31 appearances in all competitions as United went on to secure a top four finish for the first time since Sir Alex Ferguson’s retirement. The midfielder also managed to bag four assists in his debut season, meaning that he directly contributed to a goal every 2.6 games. Not bad for your first season in the Premier League eh?

The next season however was a bit of a different story, as the midfielder only managed to bag three league goals in 27 appearances, and only managing to bag a measly five goals in 41 appearances in all competitions as Manchester United only missed out on the top four on goal difference to arch rivals Manchester City. The midfielder also only managed a measly two Premier League assists, meaning he only averaged to directly contribute a goal every 5.4 games, which was simply not good enough for a man of Herrera’s quality. However, this season, Herrera has found himself a new role in Jose Mourinho’s Manchester United team

This season the former Bilbao man has had to improve and adapt his defensive capabilities in order to cement his place in the United starting eleven. At first glance this can be seen primarily through his stats this season, as Herrera is having his worst season yet in terms of goal scoring, with the midfielder only managing score get himself on the scoresheet once in the league so far this season, which came in United’s recent 2-0 win over champions Chelsea, and only managing to score twice in 48 appearances in all competitions. Although on paper Herrera’s record seems well below of what he’s capable of, there are a few reasons as to why Herrera has had to adapt to fit into Mourinho’s style of play and how he’s improved the defensive side to his game.

The signing of Paul Pogba

Now it’s going to be expected that when you sign a player for a world record £89M, other players are going to have to make sacrifices in order to accommodate them. This is exactly what’s happened with Ander Herrera. In previous seasons, Herrera was often seen as an attacking midfielder, with him either being deployed behind the striker in a 4-2-3-1 or as a box-to-box midfielder in a 4-3-3. Either way, he was allowed to go forward pretty much whenever he wanted, however this season with the introduction of Paul Pogba, Herrera has had to take up the role of the deep-lying playmaker in order to accommodate the Frenchman’s attacking prowess. This is most evident in the number of assists he’s had this season, as the Spain international has clocked up six assists so far in the Premier League so, his best campaign yet, whilst only scoring one goal, highlighting his defensive responsibilities and the role he’s had to play under Jose Mourinho.

His ability to read the game

One of the areas of Herrera’s game that has improved the most is his instinctive ability to read the game and make interceptions. This season, the Spaniard has made an impressive 86 interceptions in the league, with only Nacho Monreal, Curtis Davies and Laurent Koscielny ahead of the midfielder, with the Spaniard sitting six ahead of Chelsea midfielder N’Golo Kante, who last season achieved an astonishing 156 interceptions during Leicester’s title win. This, compared to last season where Herrera only managed to complete 24 interceptions in his 27 league appearances, emphasises just how much the defensive side to his game has improved under Mourinho. Impressive.

This is an area which, in my opinion, is the defensive aspect that has improved the most for Herrera under Mourinho. The Spaniard’s willingness to sacrifice his attacking opportunities in favour of staying back whilst other’s go forward has been the biggest change visible to Herrera’s game. The match in which this can be seen the most effectively was in United recent 2-0 victory over Chelsea. During and after the game, Herrera was heaped with praise following his successful attempt to man mark the quite frankly world class Eden Hazard and how the Spaniard managed to keep the Belgian under wraps for the entire 90 minutes. This game not only epitomised the way Herrera has had to alter his defensive style of play under Mourinho, but also showcased his playmaking abilities, as his brilliant assist for United’s first goal was something most players could only dream of producing.

So although it may not be obvious to some, it’s clear to me and I’m sure others as well, that Ander Herrera has played a much more significant role in this United side than people realise. Is this a sign for things to come for the former Bilbao man and the role he plays under Mourinho going forward? We’ll just have to wait and see.