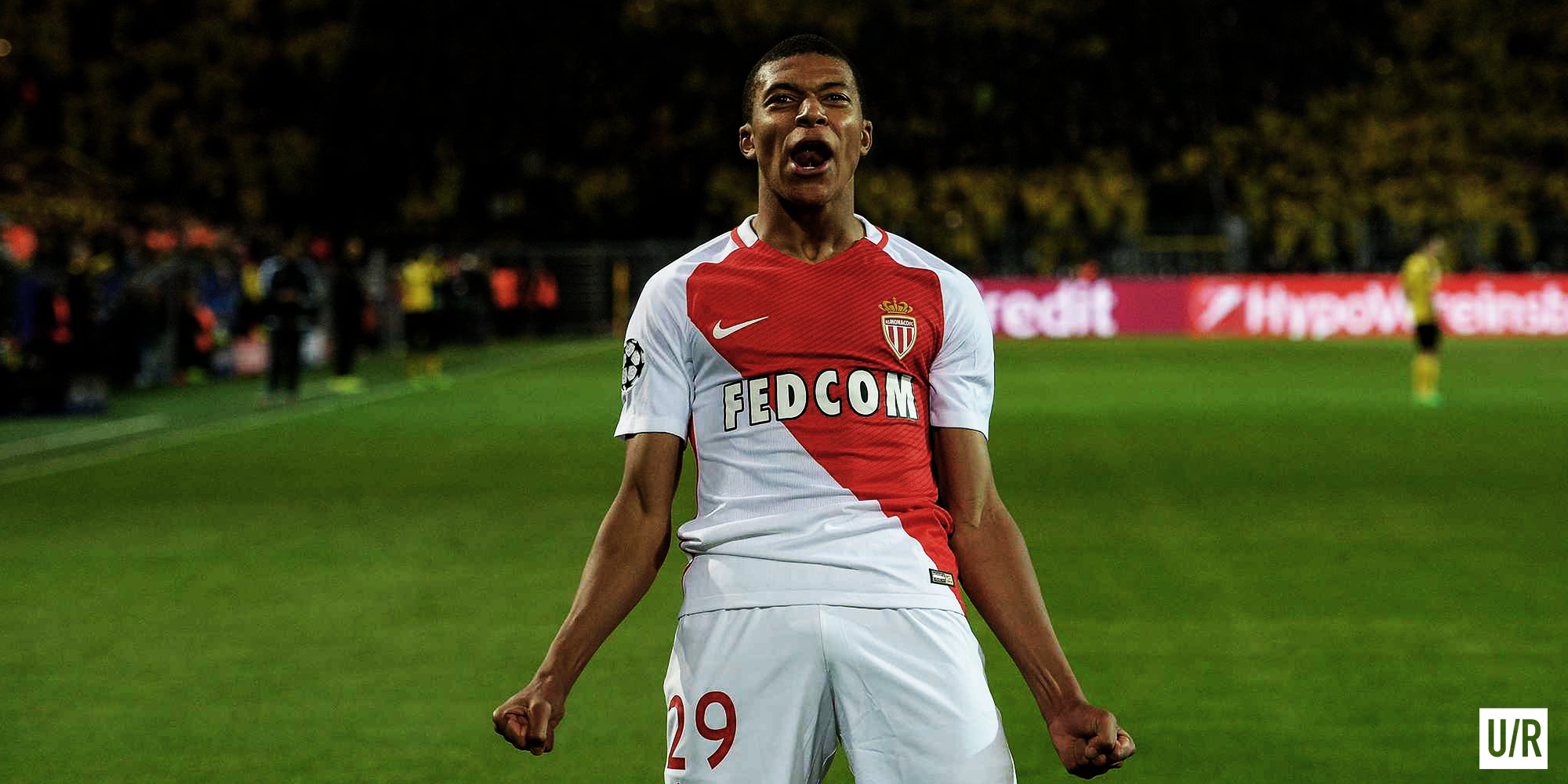 Europe has fallen in love with 18 year old Monaco striker Kylian Mbappe and for good reason. The newly capped French marksman scored six goals in his debut Champions League season as well as an additional 14 goals in Ligue 1. With 28 goals and 9 assists across all competitions, his scorching form is attracting the likes of Real Madrid, Barcelona, Chelsea and Manchester United. Reports claim United have already had a £72 million bid rejected by Monaco. However,despite his promise, I believe United should stay away from Mbappe for a few reasons.

1.) We already have Marcus Rashford and Anthony Martial
Marcus Rashford and Anthony Martial are incredible talents. In the absence of Ibrahimovic, the two of them have seen more playing time at their preferred striker position. Mbappe, Rashford, and Martial are all very similar forwards who like to start central and either make runs in behind or drift out towards the wings where they can isolate defenders with their quick feet. While a front three of them evokes memories of Ronaldo, Rooney, and Tevez, it is unlikely the Mourinho would utilize them in such away.

In these last few weeks, Rashford has been exhilarating. His pace, movement, and dribbling have given United another dimension at the striker position and one must wonder why Mourinho was reluctant to give him more time down the middle. His contributions over two legs, a stunning free kick in one match and a pinpoint cross to Fellaini in the other, saved United from an embarrassing exit from the Europa League at the hands of an inferior Celta Vigo side.
While his contributions have been more subtle, Anthony Martial is still the same player who captured the imagination of Manchester United fans last season with stellar performances. He has spent some time on Mourinho’s bad side this season, but in Ibrahimovic’s absence, he stepped to provide an excellent goal in the win against Burnley and a superb assist in this week’s loss to Tottenham. For the assist, he bamboozled Kieran Trippier before laying the ball on a platter for Rooney to tap in. If he can come by more game time, there is a good chance that Martial can exceed the form of his debut season.

2.) We need an established striker
Mourinho has his eye on a few forwards this summer, but none of them should be Mbappe. Next season will pile the pressure on Mourinho’s squad and he needs an established forward to ease that stress. Griezmann or Lukaku are both excellent finishers who could easily transform Manchester United into title challengers. They are both proven in top leagues, are used to carrying a scoring load, and offer something different than Rashford and Martial. Griezmann provides a wealth of international and Champions league experience while Lukaku offers size and astounding physical strength. The risks in buying Mbappe include his adjustment to the pace and rigor of the Premier League. Previous stars, like Memphis Depay, couldn’t cope with the intensity and ended up wilting under the limelight. Mourinho cannot afford a situation like that next season, especially after finishing outside the top four this campaign.

3.) Other more pressing positions to fill
United need a striker for next season, but there are also more pressing positions to take care of. A defensive midfielder with a strong passing range is needed to free Paul Pogba of his defensive duties and allow him to surge forward. Another center back is needed to partner Eric Bailly because Rojo is out until December and neither Smalling nor Jones have shown themselves to be capable enough to hold down a starting berth. If Mourinho decides Luke Shaw’s time at United is up, a left back is certainly required. David De Gea is still desired by Real Madrid and if this summer sees him finally complete an inevitable transfer, Manchester United will need a new number one as well. United is expected to challenge for the League title next season, and cannot afford to allow their campaign to rest on the shoulders of an overpriced, inexperienced teenager.

Make no mistake, Kylian Mbappe is truly a talent. Monaco have themselves a true gem of a footballer and will do their best to hold onto him this summer. Manchester United may be among the large number of clubs interested, but with the options already at their disposal and more proven targets to chase, would do well to remove themselves from the hunt for the Monaco marksman.