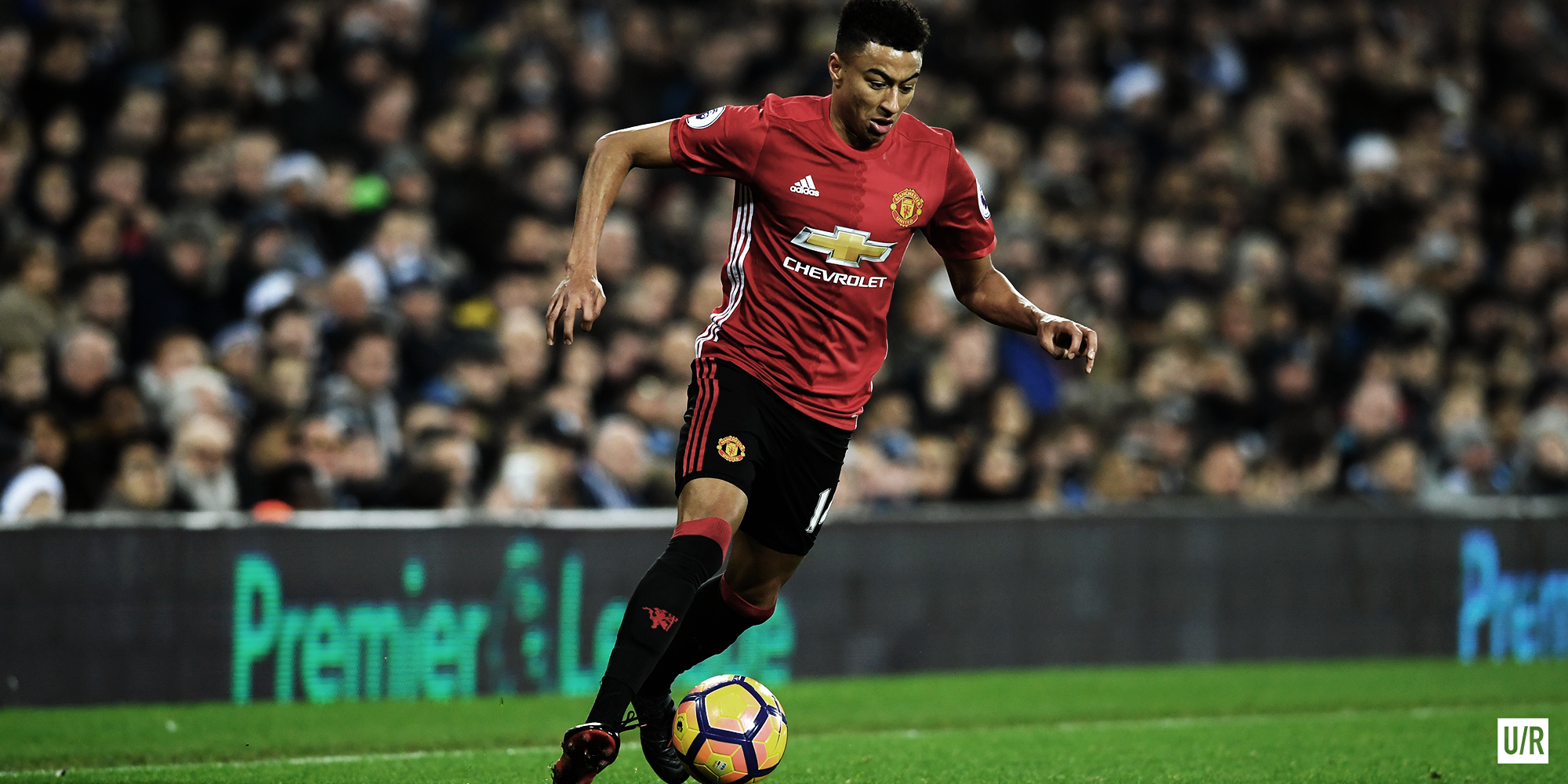 When Jesse Lingard made his Premier League debut for Manchester United against Swansea in the first game of the 2014/15 season, a lot was expected of the Cheshire-born academy graduate. Loan spells at Leicester, Birmingham, Brighton and Derby have no doubt helped the 24-year old develop into the player he is today, but since making his debut nearly three years ago, most have been underwhelmed with the winger’s performances and would’ve have expected more from Lingard given the first team opportunities he’s been given by both Louis Van Gaal and Jose Mourinho. However, what may not be obvious to many is the how important the role Jesse Lingard plays in Jose Mourinho’s side.

To put it simply, Jesse Lingard is a typical Mourinho-type player. Whilst he may lack quality in certain areas, Lingard is hard-working, versatile and extremely energetic, which is why the 24-year-old is often preferred to players like Anthony Martial, who is seen by many as quite lazy and is often lackadaisical during games. Mourinho himself is very pragmatic and is a manager who lives and breathes results. He adores players who give their all for him and plays players who would (not literally) run through a brick wall for him, and Jesse Lingard is one of these.

The majority of Mourinho teams in the past have always had a player who, similar to Lingard, may not have an abundance of quality but is someone who is versatile and extremely hard-working. The most obvious examples of this are Willian in Mourinho’s 2014/15 title winning Chelsea team, and Goran Pandev in Inter Milan’s 2009/10 treble winning side. Both of these players were used in a similar instance to the way Jesse Lingard has been used in United’s team this season, as both were deployed in roles which would requires them to press extremely aggressively and to track back at every opportunity. Although Pandev did play a pivotal part in Inter’s treble winning side, Willian is the player that Lingard has resembled the most during Mourinho’s first season as United manager.

The similarities between the Brazilian winger and Lingard under Mourinho are uncanny. In Willian’s 2014/15 season, the former Shakhtar Donetsk man managed to directly contribute five goals in 36 Premier League appearances, meaning that he would either score or assist a goal once every 7.2 games. In similar fashion to Willian, at the time of writing, Lingard has managed to directly contribute three goals in 24 League appearances at an average of once every eight games. This is mainly down to the fact that in both teams, there were players who were somewhat significantly better in terms of quality, such as Eden Hazard and Anthony Martial, who would often be less than willing to track back when not in possession. Because of this, players such as Willian and Lingard are often deployed by Mourinho as defensive wingers in order to try and accommodate for other players.

Another reason Lingard is often preferred by Mourinho is down to his versatility. This season, Lingard has been used as either a right and left winger in both a 4-2-3-1 and a 4-3-3, a defensive winger in a 4-1-4-1 or, as we saw in Manchester United’s recent win over champions Chelsea, a support striker in a 3-5-2 alongside either Marcus Rashford or Zlatan Ibrahimovic. In all of these systems, Lingard was primarily played to instinctively track the runs of the opposition fullbacks and to aggressively press the opposition backline respectively. This willingness to defend as well as attack that Lingard has displayed this season has contributed fairly to the fact that United have the 2nd best defence in the league in terms of goals conceded with 29, sitting just behind Tottenham, who themselves have only concede 24 goals. Lingard’s unselfish play and willingness to defend allows players such as Ander Herrera, Paul Pogba and Marouane Fellaini to play the way they usually do and go forward without hesitation, knowing that Lingard will be there to cover their runs and track back for them more often than not.

Although Lingard may often be overlooked by many due to the partial lack of quality that he possesses, his hardworking nature, extreme attacking versatility and tireless work ethic make him the perfect winger to fit into Mourinho’s Man United system. If one thing’s for certain, Lingard’s future at Manchester United definitely looks positive as long as Jose Mourinho remains in charge.