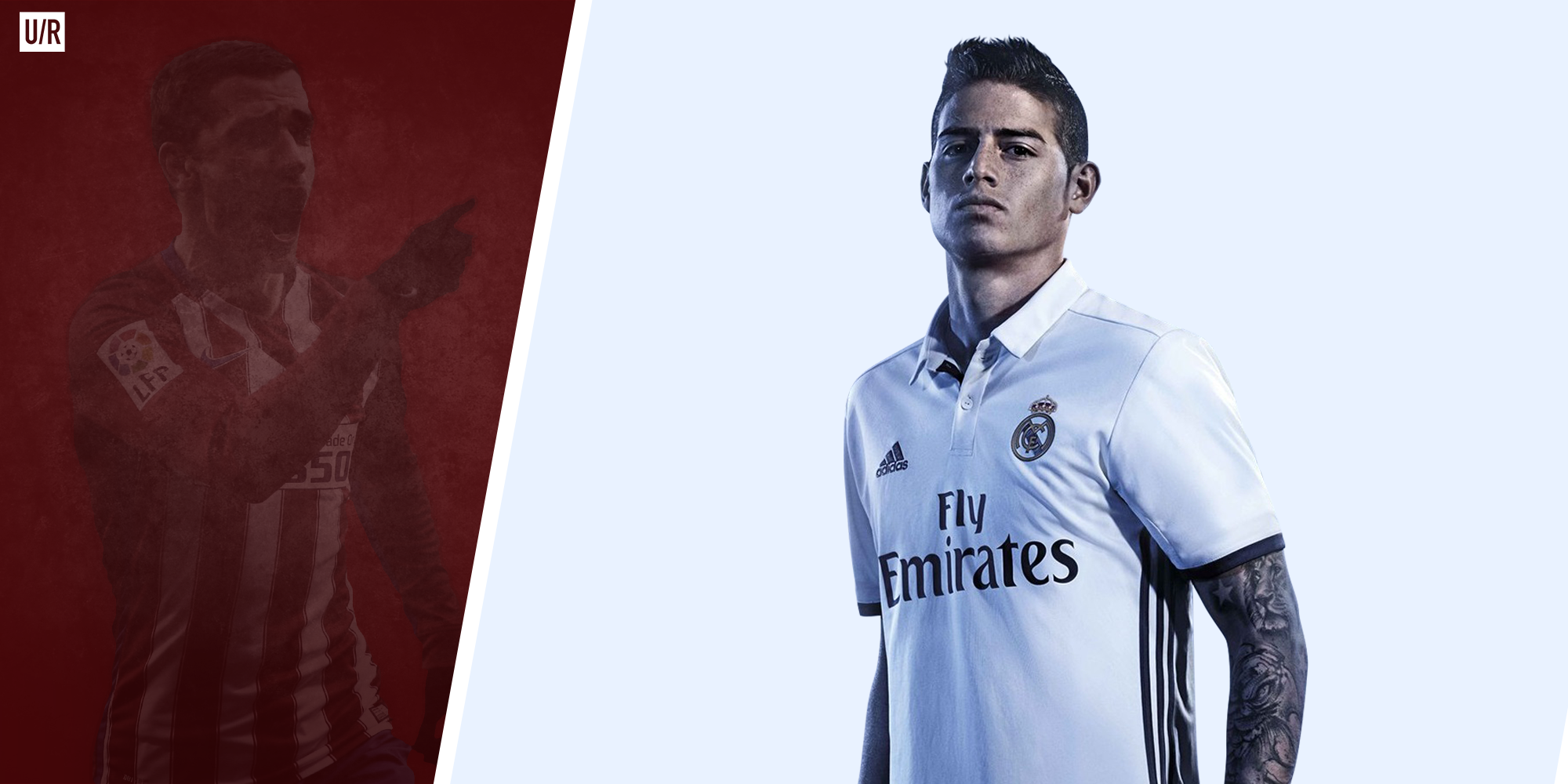 After various twists and turns, it seems to be a forgone conclusion that Antoine Griezmann will be staying with Atletico Madrid. The clubs transfer ban was upheld, meaning they cannot buy any new players in this summer transfer window. Realising Madrid could not replace him, Griezmann has come out and publicly stated he will be staying with the club. Now, Manchester United must deal with his choice and look elsewhere for a star signing this summer.

James Rodriguez was the hottest commodity in world football in 2014. Coming off of an exceptional World Cup, the Colombian was only 23 years old at the time. He earned himself a big money move to Real Madrid as a result. Since then, however, his star power has declined. Ever since Zidane has taken over the managerial reigns at the club, James has found himself on the outskirts of the Madrid team, often benched in favour of fan favourite Isco. The killer blow in his Madrid career might have come in the Champions League final, when he wasn’t even on the bench for Real. He is set to move on, and United have been heavily linked with him in the past couple of weeks. He is still a phenomenal player, getting goals or assists whenever Zidane actually played him. James even grabbed himself a goal in the latest El Clasico. Still only 25, he still has a lot of his career left ahead of him. He will have an additional chip on his shoulder, trying to prove himself as a star after his failures at Madrid. United should be the place for him to take back his place at the top of world football.

It was a surprise when reports surfaced of United going after Inter Milan star Ivan Perišić. The Croatian international has always been seen as a very good player, but has never really been talked about as world class. Some United fans have been quite vocal on social media, replying to any United tweet to let their feelings be heard about a possible transfer. However, he would bring some needed quality to United. He is a goal scoring winger, with 11 goals in the last Serie A season. Anyone who is anyone knows that United have had problems scoring goals, and Perisic may be the solution. He is also excellent with both feet, allowing managers to play him anywhere across the final third. However, a wrench has been thrown into the deal with Inter hiring new manager Luciano Spalletti. Early reports say the manager is keen on keeping the Croatian, and will make United pay a high price for him.

Gareth Bale to Manchester United has been a rumour for 5 years now. When Bale joined Real Madrid, breaking the record for the highest transfer fee at the time, reports came out that United had actually submitted an offer to Spurs at the last minute. The fee was reportedly higher than what Real was offering, but was turned down as Bale had his heart set on joining Madrid. After a tough first season in the Spanish capital, United were again linked with the Welsh winger, with new manager David Moyes wanting to have a star signing to begin his time at the club. Bale again denied United, wanting to prove himself in Spain. Now, as always, there are reports of United pursuing Bale again. He has had a tough end to the season, with injuries preventing him from starting week in and week out. He was benched for the Champions League final, with Isco taking his spot. Reports said that Bale was not fully fit, but there are now doubts about his future in Madrid. Fans of Real have begun to prefer Isco in that role, as he is the homegrown boy. Madrid are also linked with a number of wingers, with Eden Hazard a serious candidate to join the Spanish side. If that happens, Bale might find himself on the outside looking in, opening up an opportunity for United. With Real pursuing De Gea, United could force Real to add Bale to any possible transfer. Even with the worrying injuries problems, Bale is one of the best in the world, and getting him might just make United favourites in winning the Premier League.