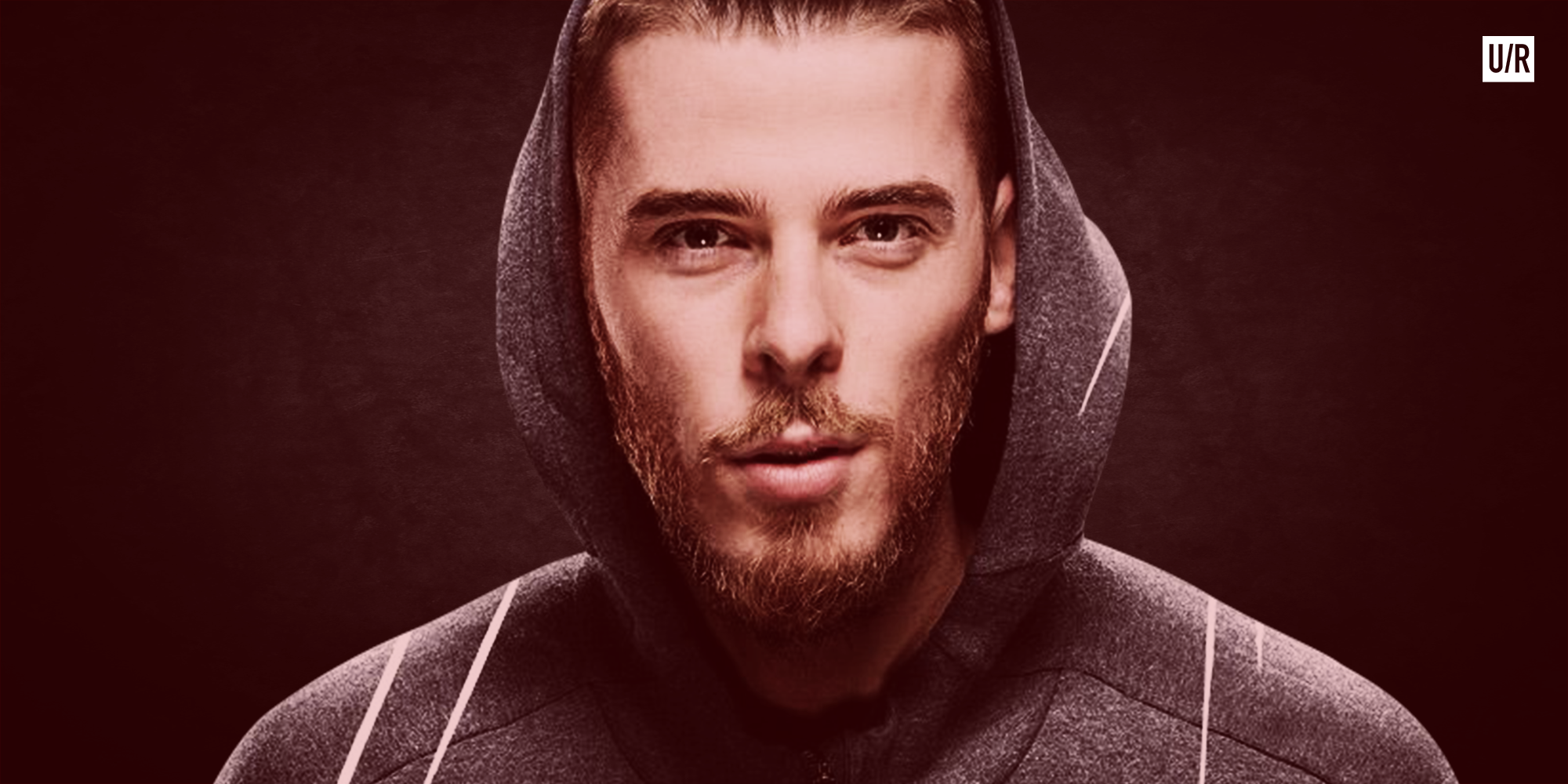 Despite rough times in the early part of this century, United seem to have always been blessed with talented goalkeepers. Peter Schmeichel and Edwin van der Sar are the most recent wold-class ‘keepers to have departed United but Ed Woodward will feel considerably lucky to not have lost David de Gea in 2015 to now 12 time European Champions, Real Madrid, who United will meet on August 8th. However, with smoke coming from Spain and England that a player-plus-cash deal is on the table for either side this summer, it seems inevitable that de Gea will return to Madrid despite coming through at Athletico Madrid and actually starting as a striker believe it or not.

What’s next for United then if De Gea leaves for Madrid, who have just won a third Champions League in just four years? Well there’s a vast number of options. United currently have perfectly capable ‘keeper in Sergio Romero at their disposal and at just 30 years old and happy in England, many would take him as first choice next season; and his 87 Argentina caps don’t lie. Also waiting in the wings are 3 very talented young goalkeepers who need first-team game-time in order to develop. Joel Pereira who is the most notable, Kieran O’Hara and Dean Henderson have all had loans spells over the past few seasons and will all feel capable of reaching the number 1 spot for United in future and will be 21, 21 and 20 respectively at the beginning of the coming season. However, will José Mourinho opt for another choice? Could be bring in another top-of-the-range young goalkeeper? Or will he choose an experienced, proven goalkeeper who still has 10 years in him at the top. Let’s assess Mourinho’s options in terms of personnel.

Rumours have circulated in recent months that United have had a number of proven ‘keepers on their radar. Firstly, United could hunt down another Athletico ‘keeper in Jan Oblak. The 24-year-old has proven his class in both the Champions League and in La Liga. Despite recent reports of French giants PSG making a £52 million pound bid for him after their signing of Kevin Trapp from Frankfurt hasn’t quite worked out, United seem to be in for the Slovenian. His agility and reflexes are some of the best around and would be a fine replacement for David de Gea and United would be able to begin where they left off with the departing Spaniard. Oblak would also get along well and allow himself an easier transition to England with Antoine Griezmann, if the Frenchman heads to Old Trafford too from the Vicente Calderón.

Another option would be Leicester ‘keeper and the offspring of the previously mentioned Peter Schmeichel, Kasper Schmeichel. The now 30-year-old stopper will always seem young to most football fans but after 3 very impressive seasons at the top, could be what United need. His commanding of his area and presence are things a United ‘keeper definitely must possess. After Leicester’s decline, Schmeichel may be looking to make a big move this summer and make the step up to the Champions League after a successful time in the competition last season, playing against Oblak in the two quarter-final legs.

Looking at the best of the future

United have always been keen to buy world-class talent and retain it throughout the years and this summer could be no different. A goalkeeper every team in the world would like to have is now 18-year-old AC Milan man Gianluigi Donnarumma. A player who began his career at just 16-year-old as first-choice at the beginning of the 2015/16 season for the Rossoneri, Donnarumma has been excellent ever since. Crucial saves in big games and a frame that allows a huge arm-span have been some of the reasons he has made over 50 appearances in 2 seasons and broken into the Italian national side. Juventus seem the most likely club to land his signature and with Gianluigi Buffon possibly retiring sooner rather than later, that move could well be a sure bet to happen. The Italian’s agent, Mino Raiola, is a man who Mourinho knows well and ¾ of his summer signings and arguably 3 biggest were Raiola clients. The Dutch-born but considered Italian man, says 11 clubs are seriously interested in Donnarumma but his recent connections with United would go a long way. His arrival would surely end any of Pereira’s, O’Hara’s or Henderson’s chances of being number 1 for United as he is both younger and considered more talented. It would be an excellent signing for United to capture the sensation so many teams are after but it’s probable he will only be happy to move to United if he plays first-team football as he can stay at Milan for that so Romero would be back on the bench or gone if Donnarumma were to come in.

If United opt for a Premier League proven stopper, there may be one waiting in the North East. Relegated to the Championship after finishing bottom this season under former United boss David Moyes in a weak Sunderland side, Jordan Pickford has been nothing short of magnificent this season. One of his best credits this season was the fact that journalists were running out of superlatives for him once he’d cemented his place in the side. At only 6ft 1 inch tall, Pickford’s shorter stature than many other ‘keepers is made up for with lightning reflexes and superb technique. His distribution is also very impressive with the kicks he takes from out of his hands always spelling danger for the oppositions defenders. With successful loan spells as Carlisle United, Bradford City and Preston North End over the past 3 seasons respectively and all in League 1, he has now been called up to the senior England squad on a number of occasions. At just 23 years-old, he would also end the 3 United youngster’s chances of becoming first choice as would likely want to be at United for all his career. With other clubs in need of a goalkeeper such as Liverpool and Everton lurking, United would have to act fast to bring the goalkeeper back to the Premier League and at Old Trafford.

Home-grown academy talent is rarely wasted by United and if Mourinho shows club tradition, he could plan out a tactic next season and would have positive repercussions over the next few. This method would be ideal for utilising what United currently have, and waste as little time and talent as possible. With Romero being so reliable and showing his competence at a high level, the Argentine who played a World Cup Final in 2014 would be first choice and play the vast majority of matches and all 38 Premier League games if needed in all and the Champions League matches United will have. This would provide the United side with stability and a ‘keeper that the squad will be used to playing with. Then, much like the role Romero played this season, Joel Pereira, who Mourinho has already heavily praised, would fill in for EFL and FA Cup matches, much like his preempted cameo in the FA Cup 4th round at home to Wigan. This would allow the Portuguese the ability to gain match experience and continue his progression. Following this, Mourinho could perform a repeat of what he did this season with his third and fourth choice goalkeepers. Kieran O’Hara could go out on loan until January and get some crucial experience which would lead to Dean Henderson, whom United picked up at 14 from Carlisle, being involved in the matchday squad numerous times and possibly getting a few minutes when United have more games to rotate the goalkeeper such as the Champions League group stages if United have already qualified and early rounds of the EFL Cup, possibly stretching to the 3rd and 4th round of the FA Cup in January. Henderson could then go out on loan and O’Hara claim third choice and see some slight involvement until the end of the season.

After this coming season if Pereira is ready, Romero could step aside by either leaving the club or be content having less minutes as the Portuguese ‘keeper could be first choice with Henderson and O’Hara on the fringes either claiming second choice or another loan spell. This would leave Mourinho, or whoever is at the helm, with 3 now fairly experiences goalkeepers at his disposal especially if the method was repeated for a further season to reinforce the goalkeepers’ talent and Romero likely waving goodbye to United aswell as the least adequate goalkeeper which currently looks like O’Hara but could change in the process when the process of bringing through the ‘keepers is over.
We know all 3 ‘keepers won’t make it and only one could possibly prevail as United first-choice long-term but with Pereira being the widely regarded one with the most talent, he will be priority. With Henderson’s time at Grimsby Town showing his qualities, O’Hara has the most ground to make up and may be the one who has to take the hit earliest and the previously mentioned 2 will be fiercely battling it out if de Gea and eventually Romero depart.

With currently 4 goalkeepers ready to pounce if de Gea leaves this summer, it remains to be seen what will happen to the number 1 role at United. We must not forget that Romero could simply be given the role for a number of seasons and Mourinho opt out of bringing through a young ‘keeper but that is unlikely due to his praise for Pereira, and the decision to start him over de Gea on the final day of the season against Crystal Palace at Old Trafford. However, he world-class Spanish stopper could even stay but United have to prepare for their future man between the posts so that they waste no time and can continue their success unlike the early 2000s.