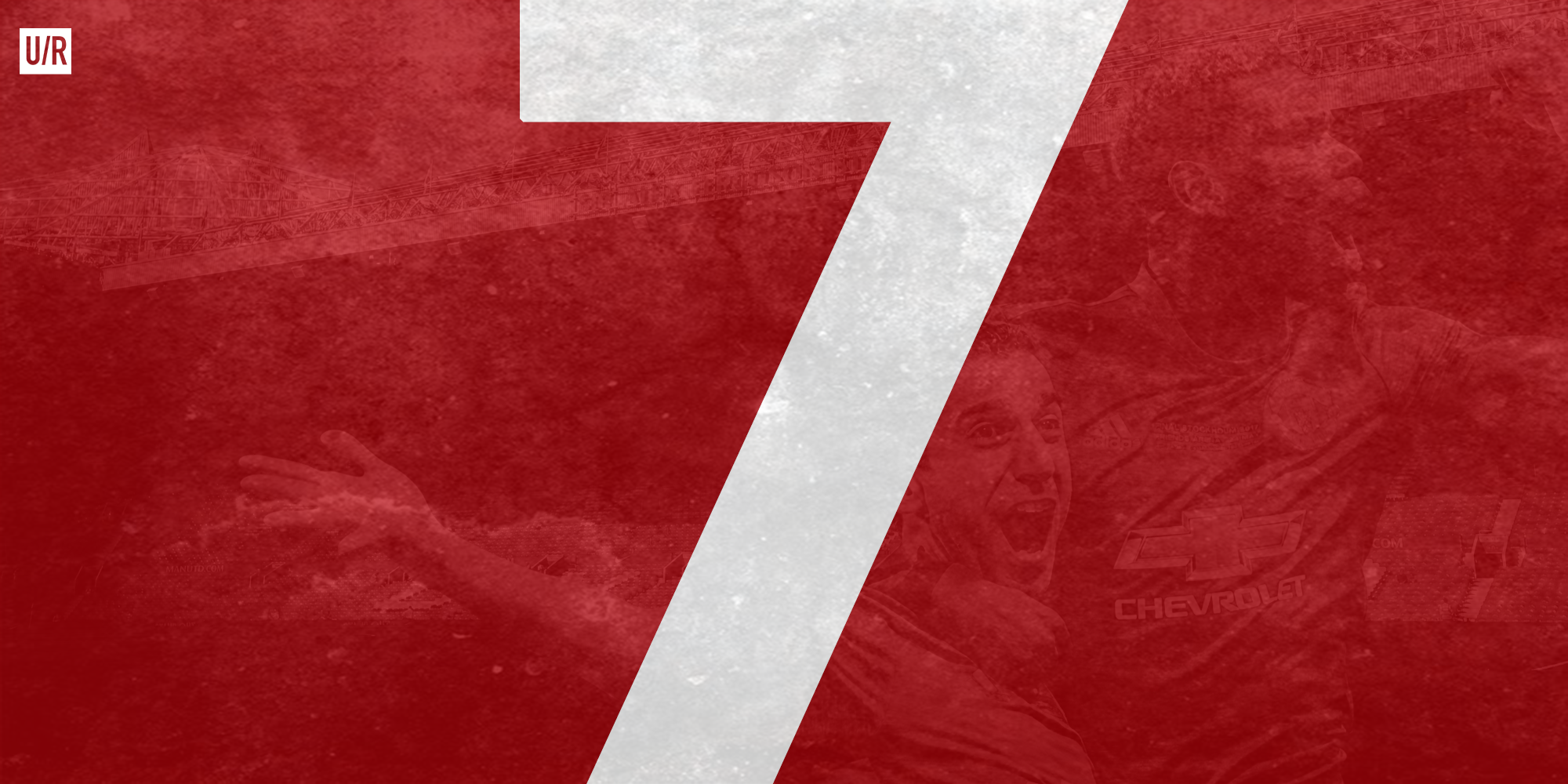 The Manchester United number 7 is one of the most iconic shirts in not just football, but in all sports. Legendary players such as George Best, Eric Cantona, Bryan Robson, David Beckham, and of course Cristiano Ronaldo have all adorned the jersey. However, in recent years, the shirt has not seen a player of the aforementioned ilk wear the number. In fact, the closest player was probably Angel Di Maria, at least for the initial months of his singular season for the Red Devils. While he was ultimately a disappointment, Di Maria’s sumptuous chip of Kasper Schmeichel contained the flair and unpredictability United fans are used to seeing from their number 7. It seemed as though Antoine Griezmann would don the jersey, but he should remain an Atletico Madrid player at the end of this transfer period. Without further ado, let’s take a look at who could possibly restore greatness to the famous shirt.

Henrikh Mkhitaryan– The Armenian trickster certainly possesses the qualities to wear jersey, but the questions remains; can he show them on a consistent enough basis? He is full of tricks, flicks, and goals, but in his first season, he blew hot and cold. If he can return to his Dortmund and Bundesliga player of the year form, than the shirt should be his.

Marcus Rashford– Exciting, pacey, and blessed with tremendous skill, Rashford could also wear the number 7. However, it seems as though the number 9 is tailor made for him. He should be United’s striker of the future and could be next in the line of great Old Trafford number 9’s such as Dimitar Berbatov, Ruud Van Nistlerooy, and Andy Cole.

Anthony Martial– Martial is in a similar position to Mkhitaryan. He possesses all the attributes to wear the shirt, but he must display them on a more consistent basis. If he can blend his talent with consistency, then he could also grace the shirt for years to come.

Paul Pogba– A perfect fit. However, he seems to prefer the numbers 6 or 10, like he wore at Juventus.

Andreas Pereira- Skillful and mercurial, the Belgian-born Brazilian would definitely fit the bill. It remains to be seen if he’ll be given a chance to show why he deserves it.

Angel Gomes– Surely the shirt must be his at some point. He displays his technical gifts consistently for the youth teams and although he often wears the number 10, in the senior squad, he absolutely could be the number 7. However, he is still young and developing. There is no need to rush him into action just yet.