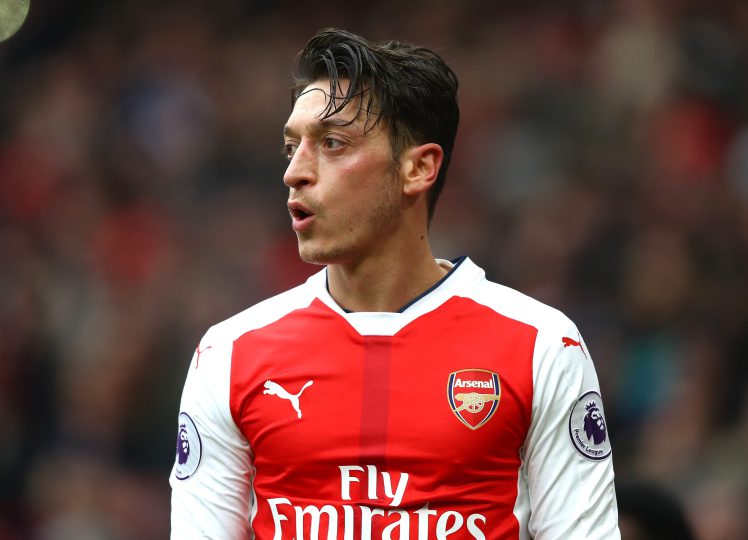 Manchester United are keen on securing the signature of Mesut Ozil in the January transfer window, according to reports this morning. The Arsenal midfielder is out of contract come next summer and is therefore available on the cheap, with outlets speculating a price in the region of just £20millon.

Jose Mourinho and Ozil do of course already have a history together, as Mourinho required Ozil’s services when he was the Real Madrid manager, back in 2010. Ozil established himself as a key member of Mourinho’s side and during his time in Madrid, the German international was recognised as arguably the best playmaker in European football. Having remarkably registered a total of 66 assists in just three seasons, Mourinho certainly found the perfect system for Ozil to play in and the recent speculation linking Ozil to Old Trafford has certainly excited United fans over a possible reunion between the player and manager.

As mentioned, Ozil is available for free come next summer, after continuous stalling over a renewal of his contract at his current club Arsenal. The midfielder is therefore available on the cheap come January, as Arsenal will face a dilemma of choosing to either cash in, or risk losing Ozil for nothing, the player that they broke their own transfer record for, just four years ago.

Ozil is yet to register a goal or an assist so far this season, as he certainly doesn’t look focused in an Arsenal side that has also experienced a slow start in their Premier League campaign. Perhaps all of this transfer speculation is taking a toll on Ozil, who will want to finialise his eventual destination as soon as possible. If the German midfielder can recapture his form, then we would be provide as a quality acquisition for any side in Europe and may prove to be too tempting for Mourinho to turn down.