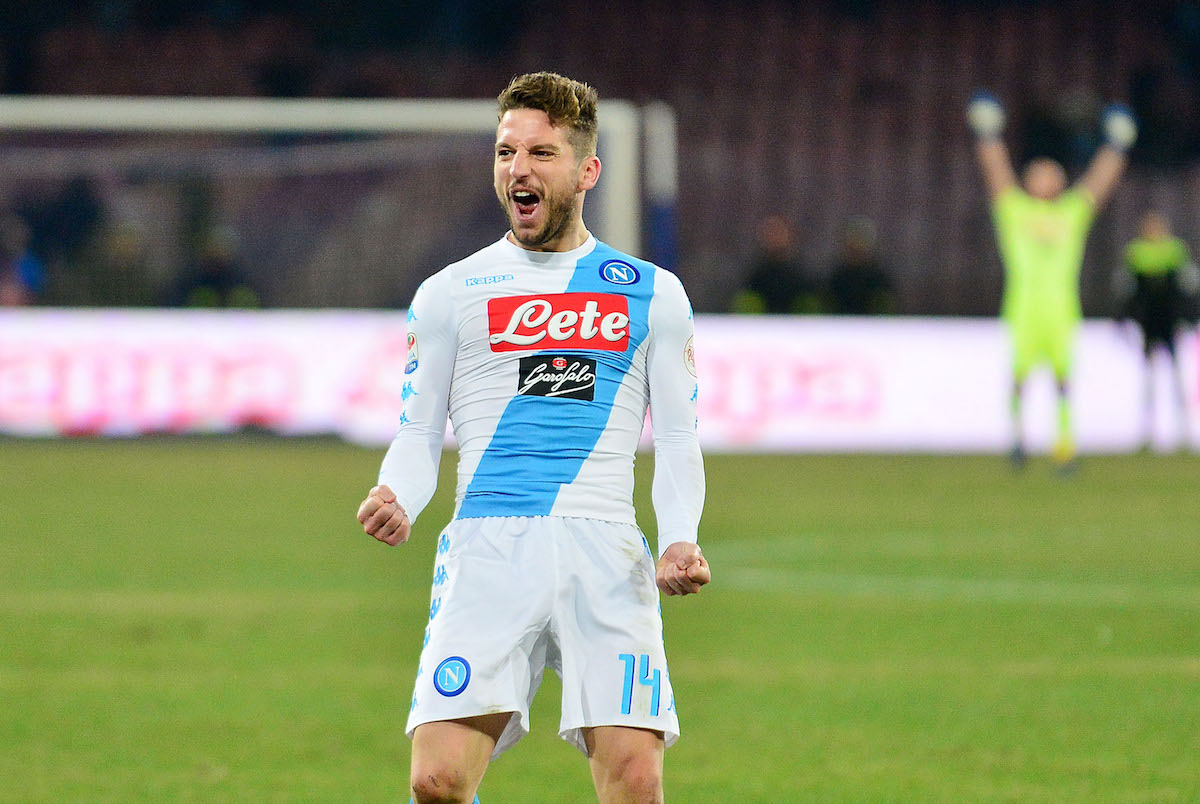 Over the last six years the footballing world of Italy has often been associated with its decline of competitiveness, a hard point to debate following the fall of the illustrious Milan clubs, alongside there having only been one winner of the league itself across the last six seasons. However across the last year, Napoli have been making strides in threatening the longstanding reign of Juventus and now sit atop of the Serie A, with Maurizio Sarri and his attacking side soaking in all the plaudits. Amongst these plaudits however, there is one outstanding name that has been turning heads across the whole of Europe – Dries Mertens.

Although much of this talk has been centred around the Belgian having been almost reborn under Sarri, evolving from a dangerous inside forward into one of Europe’s most clinical strikers, a lot of attention towards Mertens has been solely focused on his relatively cheap release clause. According to Gazzetta dello Sport and various other sources, Merten’s current contract runs out in the year 2020, but his release clause stands at just €28million (£24.7m). This news has inevitably sparked speculation, linking the Belgian striker to numerous clubs such as Juventus, Liverpool, Barcelona and of course, Manchester United.

It is certainly of no surprise to see an influx of interest swarm towards the in-form forward, despite being 30 years of age, as Mertens is currently one of Europe’s most clinical strikers. Having just missed out on the Capocannoniere to Edin Dzeko, who beat him by one goal, Mertens proudly boasted in being Napoli’s top scorer last season, registering a remarkable 33 goals in just 34 games. This form has also far from stagnated, but instead, incredibly improved this season, with the Belgian having recorded 10 goals in 10 starts in the league, contributing heavily to Napoli’s position as leaders of the table.

As a player down the years who has predominantly been associated with his rapid pace, it has not come as a shock to fans in seeing this attribute being utilised effectively whilst being up top for Napoli. Through his experience of operating as a rather tricky and skillful winger, Mertens possesses incredible close touch dribbling in and around the box, thus making him a nuisance towards any oppositions defence. As a rather unorthodox striker, Mertens has recently been described as a defender’s worst nightmare, as through his capability of either dropping deep or going in behind, he is certainly a player that holds it all.

Do Manchester United need him?

Following Zlatan Ibrahimovic’s lengthy absence and also Marcus Rashford being predominantly utilised on the left flank, there has certainly been a heavy reliance on Romelu Lukaku to lead United’s line so far this season. The intensive involvement has certainly looked to have taken its toll on the striker, who after his prolific start to life in a red-devil shirt, has now failed to score in six consecutive games. Admittedly, the side and Lukaku’s performances have clearly deteriorated following the absence of Paul Pogba but starting every Premier League and Champions League game so far this season, is also evidently a factor behind Lukaku’s short slump.

There is certainly no denying that United are lacking in depth when it comes to the striking department and there are few teams that would say no to a player such as Mertens, particularly at such a low price when you take into context the current transfer market spending. However at the age of 30, one may wonder just how much Jose Mourinho can get out of the Belgian and also whether there are other areas in the side that need strengthening first.