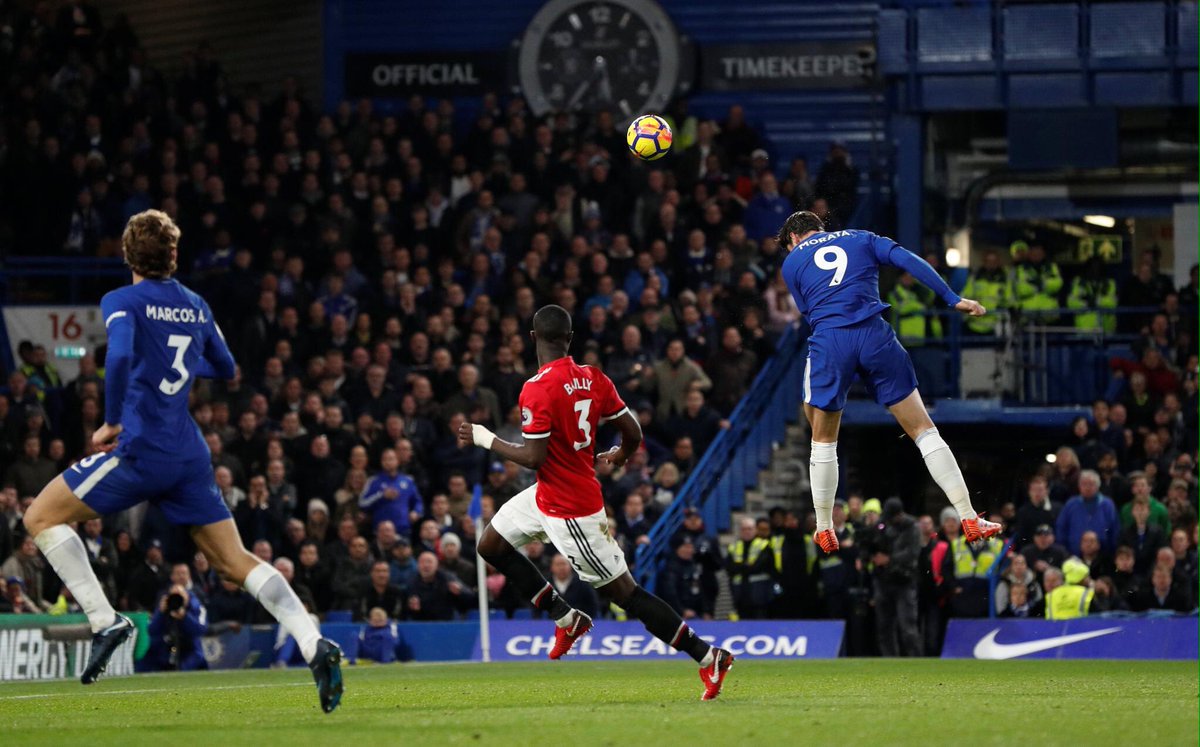 Manchester United have lost their second match of the Premier League season, falling 1-0 to Chelsea at Stamford Bridge.

This was the biggest game of the season so far for United. City had just beaten Arsenal and increased their lead at the top of the table. Chelsea hadn’t made the best start to the season, but a win would bring them closer to the two Manchester teams. And of course, Mourinho was going against his former club was always going to be a big deal.

One of the biggest questions going into the match was how exactly Mourinho was going to set up his starting XI. He is known as a tinkerer, and tends to adapt his lineup for a crucial match. Mourinho responded by going to a back three formation to match Chelsea’s lineup. He did the same thing last season when United beat Chelsea late in the year, and fans were hopeful of a similar performance. Bailly, Jones, and Smalling were the centre-backs, with Valencia and Young out wide. Herrera partnered Matic in the middle once again, as the pair played behind the front 3 of Rashford, Lukaku, and Mkhitaryan.

Chelsea went with their standard starting XI, with some notable changes. David Luiz was dropped to the bench, while former EPL player of the year Kante came back from injury for today’s match.

Kante had the first chance of the match. The Frenchman, who has scored twice against United for Chelsea, found himself in some space at the top of the box. His long shot deflected off a United defender, and rolled into the arms of De Gea.

It was almost a nightmare start for United when a cross from Alonso was volleyed into the back of the net by Phil Jones. Thankfully the goal was called back when it was apparent Morata had tripped and pushed the United defender.

United responded well, and were the better team to start the half. They almost grabbed an early goal when a cross from Young was headed over the bar by Rashford. It was a big chance, as Courtois was off his line, and wouldn’t have saved the chance if it was on target.

The game really opened up as Chelsea had another chance up the pitch. A cross bounced through the United penalty area and fell to the feet of Bakayoko. However, the ball bounced on him and his volley flew over the bar.

Lukaku hadn’t done much during the early part of the match, but had the best chance of the game so far soon after, and probably should have done better. Some quality United possession created space at the top of the box for the Belgian. Lukaku spun by his defender, but his low effort was saved by Courtois.

Hazard became more involved in the game, and created a chance for himself when he dribbled by a couple of United defenders. His effort was saved by De Gea. The rebound fell to Cesc, but his header was at a tight angle, and he could only hit the wrong side of the goal.

Soon before half-time, Chelsea had a great chance to grab a goal before the break. A corner was whipped in and picked out Christiansen, who was open in the box. The young defender couldn’t keep his composure, and he ended up heading it off of his own shoulder, and over the bar.

Chelsea came out the half-time break with guns blazing. A cross picked out Hazard in the penalty area, but his volley was hit right at De Gea.

Chelsea kept up the pressure, and were rewarded with a goal. A wonderful cross from Azpilicueta picked out Morata in the box, and his header flew into the upper corner. There was nothing De Gea could’ve done in goal as the header was perfect. It was poor defending from United, as the Spaniard was wide open.

Mourinho was a double substitution to try and bring United back into the game. Fellaini and Martial came on for Mkhitaryan and Jones.

Fellaini made an immediate impact, losing the ball to Morata on the edge of the United penalty area. Thankfully, Smalling was able to cover and block Morata’s shot.

United slowly gained control of the ball, and had several corners in a row, but none of them resulted in anything.

Fellaini was then given a yellow card for elbowing Morata in the face.

As United pushed more forward, Chelsea created more chances on the counter. Bakayoko stole the ball from Fellaini, but his shot went wide. Soon after, some nice play between Hazard and Morata created another chance for the Belgian, but his shot was saved by De Gea.

Rashford whipped in a dangerous cross to the back post, but it flew past the head of Fellaini, who couldn’t connect with the cross.

Another cross was headed away by Chelsea, and it fell to the feet of Rashford, but his volley flew just wide of the post.

United threw everything forward in the dying moments to grab an equalizer, but were unable to find the back of the Chelsea net. A late chance fell to the feet of Fellaini, but his effort was saved by Courtois, and Chelsea were able to clear away the rebound.

In the end, United weren’t good enough on the day. Chelsea dominated the opening of the second half, and grabbed the winning goal in that time.

The loss keeps United in 2nd, tied on points with Spurs and one point ahead of Chelsea.

United’s next match is on Saturday the 18th, as they host Newcastle at Old Trafford.