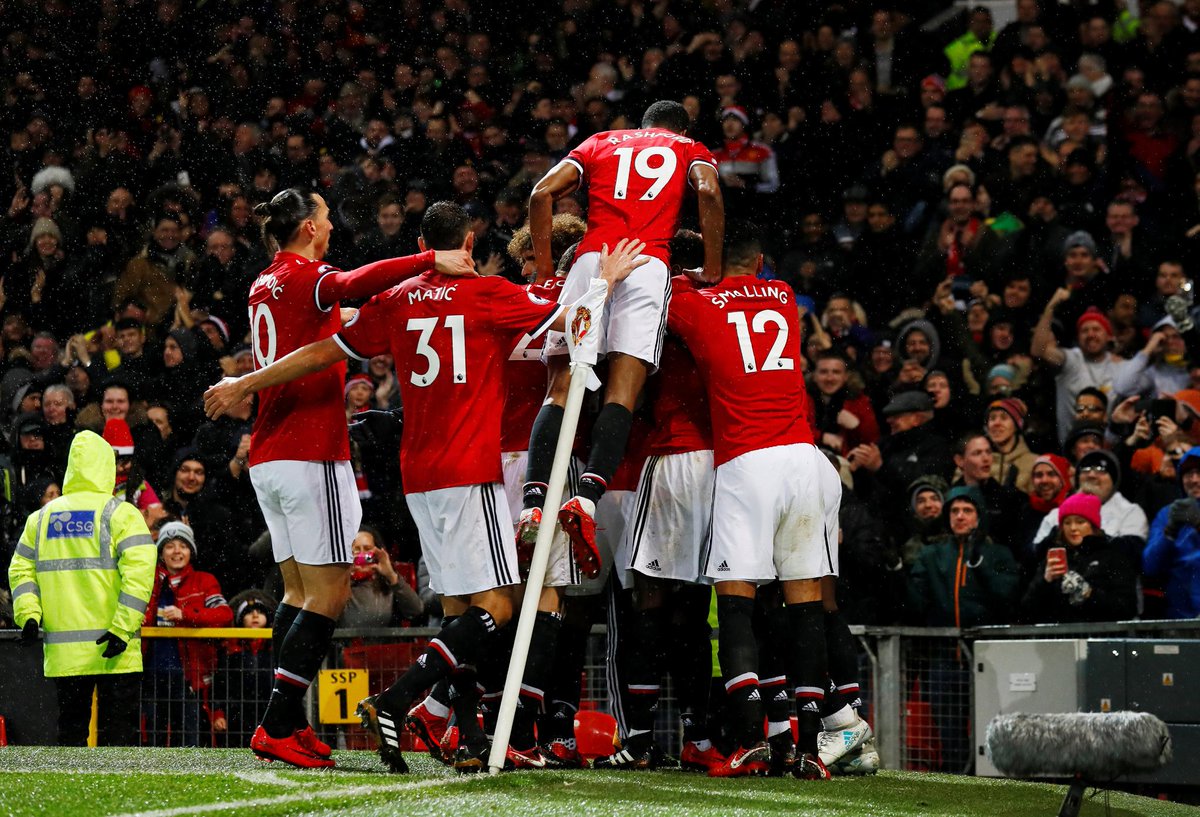 Manchester United have beaten Brighton & Hove Albion 1-0 at Old Trafford. A Young shot deflected into the Brighton goal, but United deserved the three points at the end of the day.

As City continue their hot start to the season, matches like this have become must win for United. At home against a recently promoted side, Mourinho named an attacking starting XI. Martial and Rashford started on the wings to the delight of Twitter, while Mata got another start, playing in front of the central midfield pair of Pogba and Matic. Lukaku lead the line as always, and matches like this tend to bring the best out of the Belgian.

Lukaku had an incredibly early chance, but he hit his shot to the moon.

Brighton created an early chance themselves soon after. Star man Knockaert got down the wing, and hit a dangerous low cross across the penalty area, but no one was able to pounce on the opportunity.

Brighton continued to attack United, and got the first shot on target of the outing. Bruno dribbled past Young on the wing, and picked out Groß with a pullback to the top of the penalty area, but the German’s shot went right to De Gea.

The game begun to develop a theme, as United would dominate possession, but Brighton would create chances on the counter.

United began to find success on the wings, overload the Brighton defence with overlapping runs. The Red Devils kept crossing the ball into the penalty area, but couldn’t win any headers.

Brighton created yet another chance off a set piece. A whipped in free kick just missed the head of Murray, who was unmarked in the penalty area.

United created the best opportunity of the half seconds before half-time, but couldn’t grab a crucial goal. A Rashford cross from the right wing picked out Lukaku at the back post, but he headed it right at the keeper. A rebound fell to the feet of Pogba, but he could only kick it at the keeper as well.

Brighton, remarkably enough, created the first chance of the second-half. Groß spun Smalling and smashed a cross across the penalty area, but the ball rolled by past everyone in the box.

Mourinho decided to make his first substitution of the evening at the hour mark, as Zlatan came on for Juan Mata.

Soon after, United finally grabbed the opening goal of the fixture, but it came through some fortunate breaks. It started when United won a controversial corner, where it was hard to tell who the ball hit off last. The resulting corner was headed out, and fell to the feet of Young. His shot took a massive deflection off Dunk, the Brighton centre back, and looped over the keeper into the back of the net.

Mkhitaryan returned to the team, coming on as a substitute for Anthony Martial.

For the third time in the match, a Brighton player got down the wing and hit a low cross in the penalty area, but yet again no one was there to pounce on the opportunity. Soon after, the same thing happened for a fourth time, which will be a sign of worry for Mourinho.

Fellaini came on for Marcus Rashford. As it was the final substitution of the match, it meant that Pogba would be playing the full 90 minutes.

Zlatan almost scored a goal of the season contender, as he linked up a series of cheeky flicks with Pogba in the edge of the penalty area, but his volley was off target.

That would prove to be the last chance of the match, as United kept the ball away and prevented Brighton from having one last chance to score.

Manchester United’s next match is away to Watford on Tuesday in the Premier League.