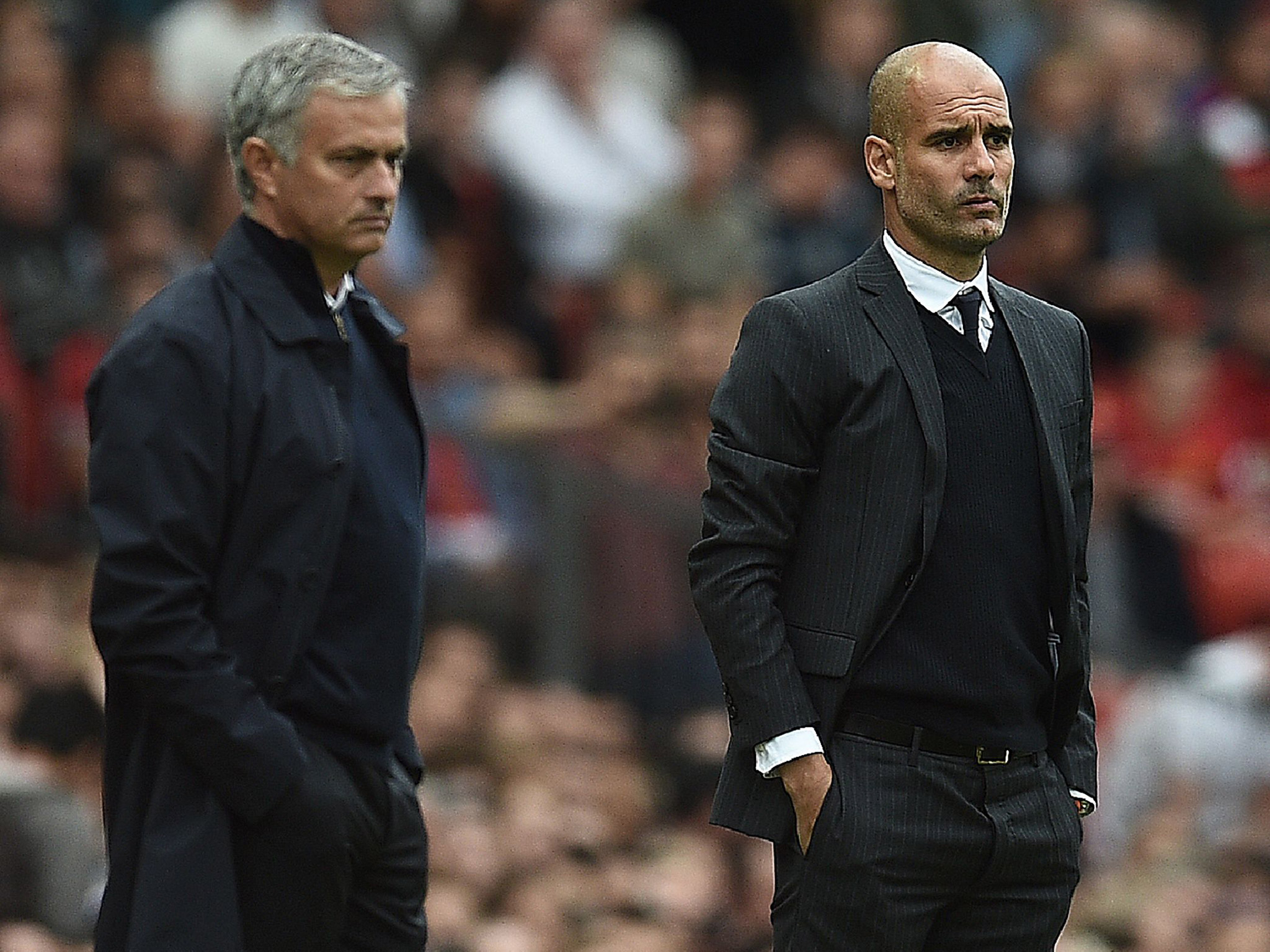 Arguably the most crucial match of the season in the Premier League, the Manchester Derby at Old Trafford could either end the title race or ignite the fire for Manchester United.

For José Mourinho’s men, a club record of 41 home games unbeaten is on offer. In addition, Pep Guardiola’s men can make a club record themselves for their longest ever winning run ever in Premier League.

A blistering start for City has been halted as of late with stutters in their last three Premier League games which has seen them scrape a win by one goal in each. They still sit with a magnificent points tally and are yet to be beaten. However, they lost in midweek (albeit with a depleted team) in their final Champions League match – despite already winning their group.

Speculation midweek as to the fitness of David Silva put his chances of playing in doubt but he was confirmed in Guardiola’s press conference that he is fit to play. Other than that, the blues are only without key men at the back John Stones (a changed man this season) and Benjamin Mendy ( a long-term absentee). Although, as Fabian Delph has filled in adequately at left-back and the fit-again Vincent Kompany is in at centre-back, the men on the sidelines are covered. Often injured Sergio Agüero is fit & firing, pulling back a consolation in their last match and has a fantastic record against the Reds.

The style Guardiola attempted to implement last season is now coming to full fruition and its rare they ever have to change tactics. The offensive almost 4-1-4-1 formation allows for a possession based system to flourish with holding man Fernandinho mostly doing their rare dirty work. It all starts from the back with highly-priced and cool goalkeeper Ederson along with Kyle Walker and Nicolas Otamendi playing a huge part getting the ball up the pitch with precision. That gives a platform for the likes of Silva, late goal merchant Raheem Sterling and Leroy Sané (all of whom struggle to play together each week due to competition), and most of all Kevin De Bruyne – who has had praise this campaign, showing that he could possibly be named the league’s best player due to his incredible output of goals and assists.

Since the arrival of Gabriel Jesus (who has been involved in 21 goals in his 24 appearances so far this campaign), the strike force with him and Agüero at City has been noting short of lethal. Their world-class movement allows them to sniff out chances most forward can’t but they can’t seem to fit perfectly into the same lineup yet. The now veteran Yaya Touré struggles to fit in the team – much like Ilkay Gündogan it seems. Even new lucrative additions Danilo and Bernardo Silva can’t get much game time.

Although, this team isn’t fully functional yet as they do suffer fatal weaknesses in defence that has seen them concede to lesser sides such as Shaktar Donetsk, West Ham and Huddersfield Town as of late. The out-playing & out-scoring mentality is there to quashed if their opponents can grab an early lead. Nevertheless, they are the last team to beat United on home turf despite not winning there for two years prior – which was a whole 13 months ago…

The more ‘horses for courses’ attitude shown by Mourinho and his men sees them as a less assured side than their rivals but far more unpredictable. It’s safe to say that they have the disadvantage in terms of points however a win last weekend at Arsenal and a comeback of their own midweek following strong form before those matches stands them in good stead. A chance to narrow the margin between themselves in 2nd and their foes in 1st is an opportunity that may possibly be the last real one they have this season.

The injury list seems to be constantly changing and whilst Michael Carrick seems as if he will remain out along with most likely Eric Bailly, Phil Jones could well be in line for a return after he was confirmed to be available. After a short break to strength his knee, Zlatan Ibrahimović has also been confirmed to be back as well as Nemanja Matić who has been rested. Other than that, Marouane Fellaini may well be a crucial component in the United machine if he passes a late fitness test. In spite of all the injury possibilities, the biggest miss in the clash is undoubtedly Paul Pogba; who is suspended for the next three games.

Back between the sticks will be David De Gea with the lineup in front of him is not as certain (especially the shape). Now the Premier League’s highest South America appearance-maker, Antonio Valencia will surely play at either full-back or wing-back along with the man who’s name is on everybody’s lips, Ashley Young, on the other side. All of Bailly, Daley Blind, Jones, Victor Lindelöf, Chris Smalling and Rojo (who is relishing the derby after aiming to be fit for it when injured) are in contention for a spot at centre-back as part of either a duo or a trio. In the middle of the park, Matić may well partner Ander Herrera or even Fellaini as well if a three is used to break up play through the centre.

With Henrikh Mkhitaryan not in favour, Jesse Lingard has truly took his chance and is well in contention like Anthony Martial to play, who himself is ousting Marcus Rashford out wide. That may mean Juan Mata has little chance of playing as speed and tenacious pressing work is a priority going forward. Up top, a man who ended a small goal drought like Rashford, Romelu Lukaku, will hope to continue his superb record against the blues in the encounter. In spite of the insecurity of having no set formation, the Reds will have think of a similar game plan as their last Premier League match by pressing the defence early and being solid in the middle in order for play to not come through and eventually test their vulnerable back line against such potent opposition.

Whether it’s a 3-4-3, 3-5-2 or 4-3-3 formation, Mourinho needs to make sure that he doesn’t get done over again at the hands of his nemesis. Their rivalry was hyped up last season but failed to deliver; unlike this time round. It’s arguably the game that could define United’s season and with so much riding on it, the pressure is on.

As the Manchester Derby has graced other locations than the city in recent years, there’s no more iconic place to hold such a fierce battle as Old Trafford. Now at the peak of the nation’s football pyramid, no one can deny how much quality will be on display. This one is a title challenge in its purest.