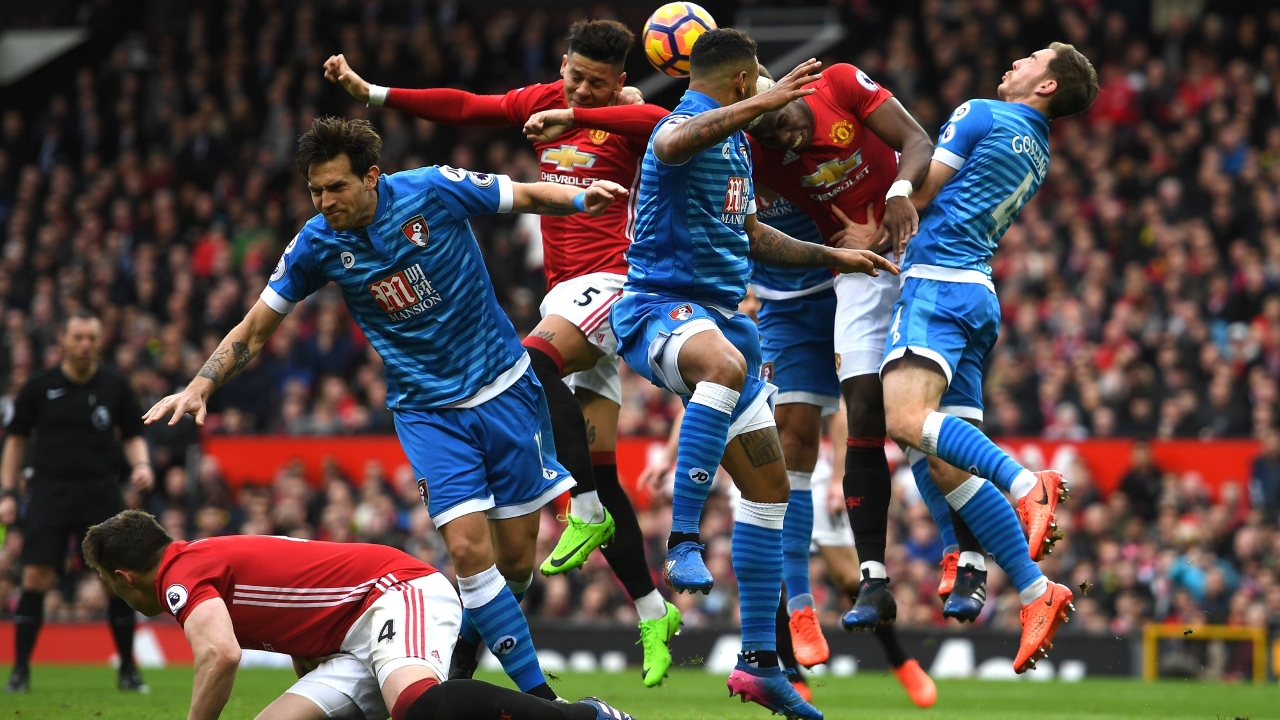 There may be a huge lack of optimism surrounding the club at the moment, but the league is still there to be challenged for. Staying at Old Trafford, a visit from the well-drilled and disciplined men under Eddie Howe is the next text that will show if they are really up for the fight.

Not yet suffering in a relegation battle in any of the two seasons prior that they have been the in Premier League, the Cherries look to once again to be avoiding that narrowly so far sitting in 14th place. Although winning 2 out of their last 6 games by not being ruthless enough in front of goal has cost them. Their fixtures for the next month following this one also emit a sense of fear for Bournemouth so any points that can be salvaged are absolutely necessary to their survival challenge.

The summer additions at either end of the pitch with goalkeeper Asmir Begović and forward Jermaine Defoe returning to the club has seen their strength in depth improve. A constant back line containing, most notably, set-piece & box-to-box full-back Charlie Daniels and now permanent star Nathan Aké who is still a mainstay in his side despite not performing as strongly as in the last campaign. Moving into the middle of the park, Andre Surman dictates his team’s tempo and has Joshua King in front of him down the centre to aid the transition. Up top, Defoe (their top scorer who a mere 3 goals including a beauty at the weekend) or persistently injury-struck striker Callum Wilson are the focal point in which the ball is fed to. A simple and grafting team is at Eddie Howe’s disposal but they will be without back-up goalkeeper Adam Federici and defenders Brad Smith, Rhoys Wiggins and Tyrone Mings (the man who sparked the controversy last time these sides met at Old Trafford) for the match.

That fiery affair finished level last time out and was another draw at the stadium that was subject to an unfortunate fake explosive device incident in the prior clash between these sides on the final home encounter of Louis van Gaal’s tenure. There’s small rivalry brewing between the two if it’s another battle out on the pitch and it wouldn’t be surprising if that was so due to both teams’ need for points as soon as possible. There was respect shown by José Mourinho to Howe’s side whilst walking out of his press conference early in which he thought that due to the milk-gate saga there was not enough “respect” shown to the visiting manager and players.

The saga that surround the Manchester Derby in speculation in the last few days has almost washed away the deflated feeling in the fan base and turned it into anger. The suspected fire shown by United’s players in the tunnel needs to be emulated on the pitch too, and this game can’t be another slip-up as Manchester City are still there to be chased. Further to that, players are beginning to their fans’ trust.

In his brief press conference, Mourinho confirmed that Eric Bailly is once again not available but Phil Jones is. With Marcos Rojo possibly out (but potentially facing the team he scored his first United league goal against in that fiery encounter in March), either the aforementioned Jones or like in the Derby, Victor Lindelöf could step in alongside Chris Smalling at the heart of defence. Both Daley Blind and Matteo Darmian may also be in with a chance of playing. Proceeding his success last midweek, Luke Shaw is likely to get a chance in the squad too. It’s still another to miss out on for Michael Carrick and he continues his recovery but Marouane Fellaini may be able to partially fill a Paul Pogba-shaped void as he remains suspended. With his recent absence from the squad, Henrik Mkhitaryan may be given a chance but it would seem odd ahead of Jesse Lingard, Anthony Martial, Juan Mata or Marcus Rashford who have been in the lineup as of late. One man who could be dropped for Zlatan Ibrahimović (who had a bit of nightmare in the now much referenced match last season that seemed to take it’s toll on him) is Romelu Lukaku; who has been almost anonymous in the team recently, despite his impressive record against the Cherries whilst at his former club. That would, however, be a bold call from Mourinho even if he has made them before. Youngsters Axel Tuanzebe and Scott McTominay were eluded to be the manager in his press conference too and they seem to be in his plans for the busy Christmas period.

With the joint-club record of 40 games unbeaten at Old Trafford vanquished by their neighbours, the fans will be hopeful of some passion. With now 6 goals conceded at home this season, the lid of that possibility needs to be closed tighter once more. The Red Devils haven’t lost consecutive home games since the David Moyes era almost 4 years ago though.

With bosses that command hard work and scrap for points in every game, this battle won’t be easily won. Watch out for some fireworks in this one, and some Christmas chants appearing in the Stretford End. It’s time to get back on track.