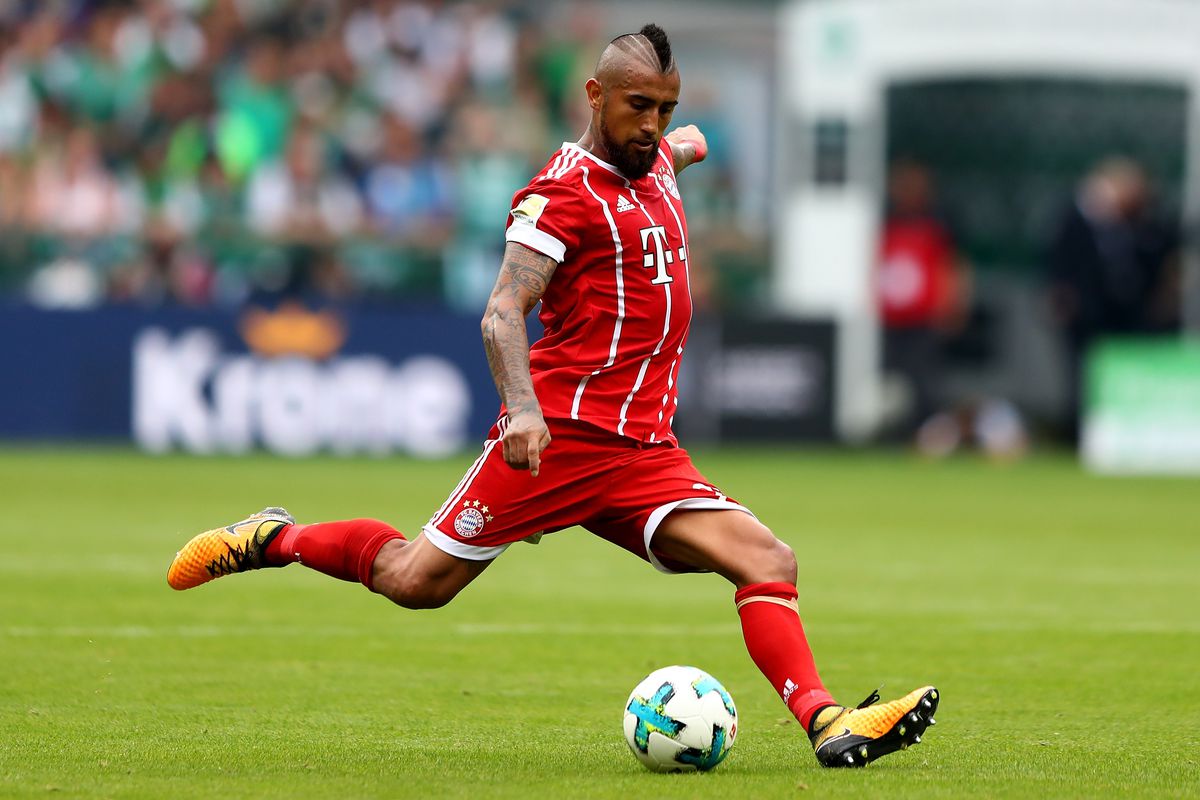 With Michael Carrick set to retire at the end of the season and Marouane Fellaini’s United future looking increasingly unclear, Manchester United will surely be looking to sign a central midfielder or two come the summer transfer window.

One of Jose Mourinho’s targets for the position could be Bayern Munich midfielder Arturo Vidal.

According to German publication Bild, United are one the clubs interested in signing Vidal, 30, with the German club ready to sell the Chilean international at the end of the season following Bayern’s capture of Leon Goretzka.

The Manchester club faces competition from Chelsea for Vidal who played for Antonio Conte during their time together at Juventus.

However, with the Italian’s future at Stamford Bridge in doubt United could have the upper-hand over their Premier League rivals in the race for the former Bayer Leverkusen man.

Vidal joined Bayern in the summer of 2015 and has gone on to make 74 Bundesliga appearances for the German league-leaders.

The Chilean has scored 6 goals and registered 2 assists in 17 league appearances for Die Roten this season.