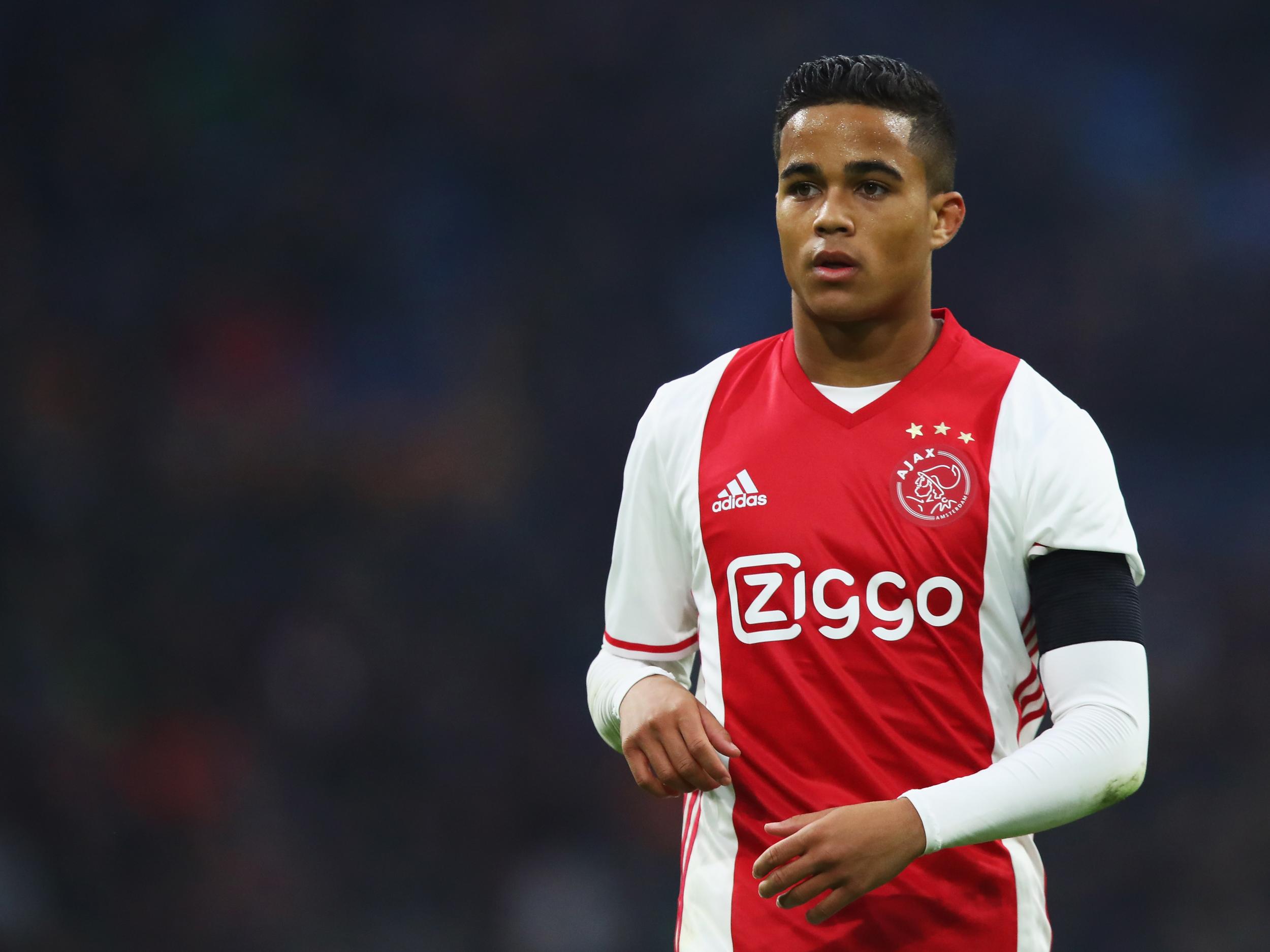 Manchester United are in advanced talks to sign Ajax winger Justin Kluivert, according to the latest reports from John Richardson in the Daily Mirror.

United manager Jose Mourinho is reported to have taken a keen interest in Kluivert’s development and it is believed that United and Ajax are ready to agree a £10m + add-ons deal which would see the Netherlands U-21 international move to Old Trafford in the summer.

Richardson writes that Kluivert is excited about the prospect of playing in the Premier League.

The Ajax winger has scored five goals and registered two assists in 16 Eredivisie appearances for the Amsterdam-based club this season.

An exciting attacking talent known for his playmaking and dribbling ability, Kluivert would represent a very good addition to United’s squad as the club looks to bridge the gap between upcoming academy talents such as Angel Gomes and Tahith Chong, and young first-team players including Anthony Martial and Marcus Rashford.