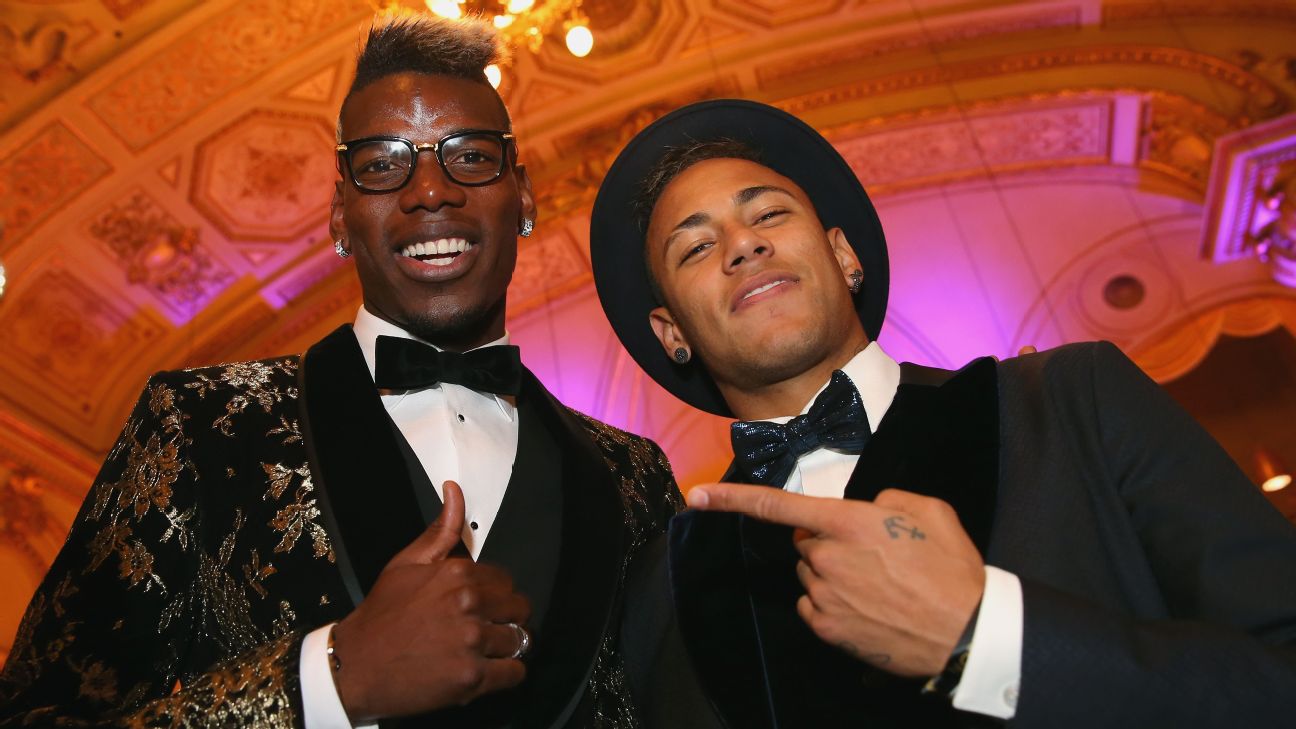 Manchester United midfielder Paul Pogba has said it would be a ‘pleasure’ to play with PSG star Neymar.

The Brazilian moved to Paris in the summer for a record-breaking €222m, and Pogba has described him as the ‘definition of happiness’ on the pitch.

Pogba also reflected on the players that he takes inspiration from, including rival Manchester City player Kevin De Bruyne.

Speaking to Argentinian outlet TyC Sports, Pogba said: “Yes, Neymar. I like him. He has the definition of happiness on the pitch.

“In Brazil football is everything, it’s life in Brazil. Everyone plays football. I love to see him on the pitch playing, with his technique and his ability. It’s a different style.

“When you say the word Neymar around the world, everyone knows who he is and what he does. Therefore if I could play with him one day it would be a pleasure.”

Pogba also listed the players he looked up to as a youngster, and the players that he takes inspiration from now.

“When I was smaller I always looked up to Zinedine Zidane, Lionel Messi, Ronaldinho and Ronaldo,” he added. “I had videos of Maradona, Pele, Chris Waddle, Kaka – many players. I wanted to have all the virtues of those players.

“Now I look more at players like Andres Iniesta, Yaya Toure, Kevin De Bruyne and Luke Modric – who is a very strong midfielder player. I look at them to try to be better.”

The French midfielder has struggled to find form at Old Trafford recently, with Mourinho leaving him out of the starting XI on a consistent basis of late.