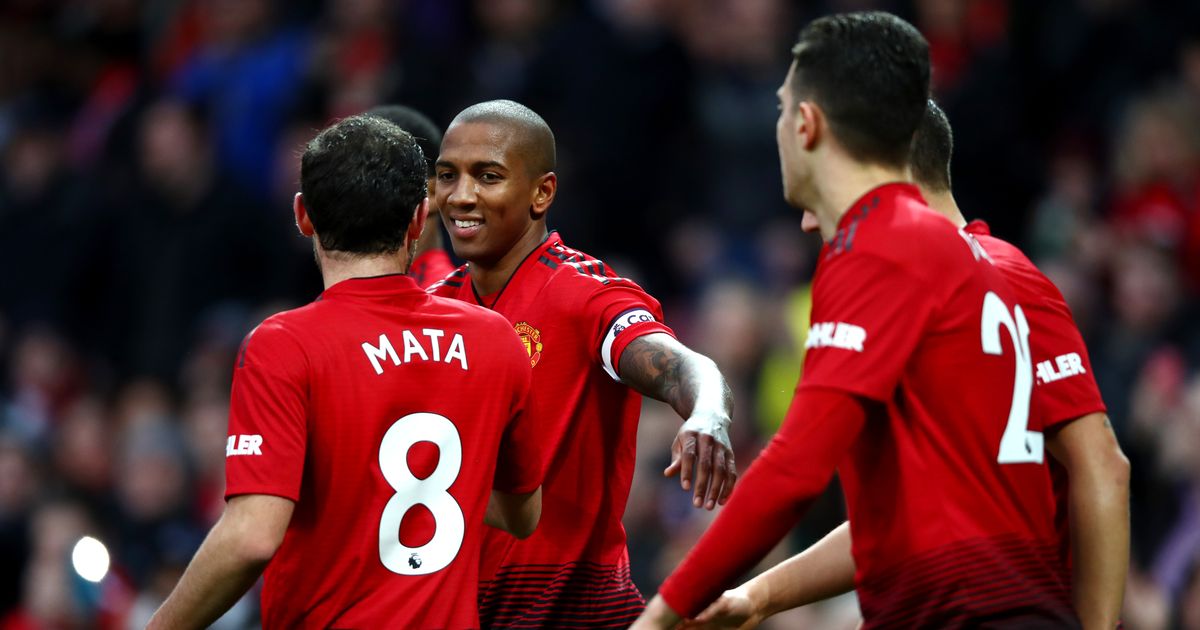 Manchester United have finally won big at Old Trafford, as the Red Devils smashed Fulham 4-1. Ashley Young opened the scoring with a gem of a goal before Juan Mata made it two in quick succession. Romelu Lukaku was able to finally grab a goal at home after tapping in after a well worked set play. Fulham got one back after a dubious penalty, but Rashford restored the three goal advantage with a rocket from the wing. It was a perfect day for United, who have needed a performance like this at Old Trafford.

It was another interesting starting XI named by Mourinho, who was forced into a number of changes due to injury. The Chuckle Brothers were back in business, as Jones paired up with Smalling in the heart of defense as Bailly had yet to fully recover from a knock he picked up last game. Romelu Lukaku returned to the lineup, but Paul Pogba was kept on the bench with Juan Mata coming into the side instead. This pushed Rashford out wide, as Anthony Martial was not fit enough to start.

Romelu Lukaku was flagged offside less than a minute into the match.

He helped create a United attack soon after, to be fair, as his flick found Rashford, who kept possession before finding Herrera. He played Young our wide, who put in a decent cross that was headed up in the air for the keeper to claim.

United kept attacking down the wing, as Dalot ran down the right wing. His cross flew into a dangerous area, but it was brilliantly cleared away by a Fulham defender.

The home side would take the lead through Ashley Young, who scored an absolute peach of a goal out of the blue. Matched up one on with his marker on the wing, Young got by him after a nutmeg that just about came off. The ball set up well for him, and Young made the most of it, rifling a shot into the top corner from a tight angle.

Chris Smalling attempted to ping a ball out wide to Dalot, but instead hit the ball into the second tier of seating at Old Trafford.

A corner popped out to Dalot, who went for a first time volley, but his effort ballooned into the night sky.

Fulham were eventually able to create a chance of their own, and could’ve done much better with it. Aleksandar Mitrovic cleverly nutmegged Lingard to open space on the edge of the area. Luckily for United, his shot was surprisingly poor, and rolled right to De Gea.

Lukaku did brilliantly to keep loose ball in play near the corner. He turned and fired in a cross, that flew all the way to the backpost. He caught it on the volley well, but his effort was blocked right away.

United really started to assert their dominance on the game, and made doubled their advantage after a long spell of possession. Lukaku played Rashford in behind the defense, who laid off a low pass to the top of the area. Juan Mata ran onto it, and placed his shot into the bottom corner past the outstretched arms of the Fulham keeper.

A free kick was awarded to United after Juan Mata was fouled in the midfield. Rashford stepped up, and decided to try his luck from distance. The connection on it was nearly perfect, and the ball flew at the goal with a lot of pace, but Rico was able to just get his wrist in the way.

The dream first half had a perfect ending, as Romelu Lukaku was able to break his Old Trafford scoring duct five minutes from time. A corner routine straight off the training field saw Mata in acres of space in the area. His cutback picked out Lukaku, and the Belgian just had to tap it in from inches out to give United a three goal lead right before the break.

United started the second half on the front foot. Rashford drove at the Fulham defense, and was able to get a shot off. It was saved, and the rebound fell to Lukaku, who’s shot was deflected out for a corner.

The away side had a great chance to pull one back, when a botched clearance from Dalot fell to Andre Schurrle on the edge of the area. The German got it onto his favored right foot, but he hit a curling effort well over the bar.

Chris Smalling had to come off after picking up an apparent knock, and Marcos Rojo came on to reform the RoJones partnership that rose to prominence a few years ago.

It could’ve been four, as a failed clearance had United on the attack. Juan Mata laid it off to Ander Herrera, but he dragged his shot just wide of the target.

Fulham were awarded a penalty at the hour mark, but it was a controversial decision to say the least. It seemed like there was a foul in the build up as Kamara used an outstretched arm to get by his marker. Ander Herrera slid in, and looked to have gotten the ball, but the referee disagreed and pointed to the spot. Kamara stepped up, and placed his penalty past De Gea into the corner to grab one back for Fulham.

The away side would be down to ten men only seconds after the goal. Andre Anguissa, who was booked, committed a foul on Rashford. It didn’t seem particularly rough, but the referee deemed it worthy of a second yellow card. There was a coming together of players in the aftermath, but no brawl broke out.

Mourinho would make a second substitution with twenty minutes to go, as Fred came into the game in place of Jesse Lingard.

Dalot continued to be a threat down the right wing, and blew past his marker to get into space. His cross was smashed across the six yard box, and was inches away from hitting the head of Lukaku. It instead found Rashford at the back post, but his shot was hit well over the bar.

It should’ve been four for the home side. Rashford did brilliantly to dance past two Fulham defenders to go one on one with the keeper. Unfortunately, he bottled the finish, and hit a shot right at Rico, who made the easy save.

Lukaku had a chance himself soon after, when he dribbled past a few defenders. He did have to take a shot on his weaker right, and forced a decent save out of Rico, but it would’ve been big to see him convert from there.

United would finally grab the fourth as a result of their constant pressure. Rashford got the ball on the right wing, and cut inside. It seemed like he was about to cross one in, but he smashed a shot at the near post. Rico was caught off guard, as the ball flew past him into the back of the net.

It would be his last touch of the ball, as Rashford came off right after, with Scott McTominay coming on in his place.

The substitute almost made an immediate impact, and probably should’ve scored with his first touch. Fred found Dalot in space out wide, and his cross picked out McTominay. His header from close range was a bit off balance, and went right into the hands of Rico.

That would prove to be the last chance of the contest, as United held onto the ball to secure the blowout victory. It was a much needed three points, and a welcoming performance that finally gave United a positive goal differential in the league.

Manchester United’s next game is on Wednesday, as the Red Devils travel to Spain to face Valencia in the Champions League.