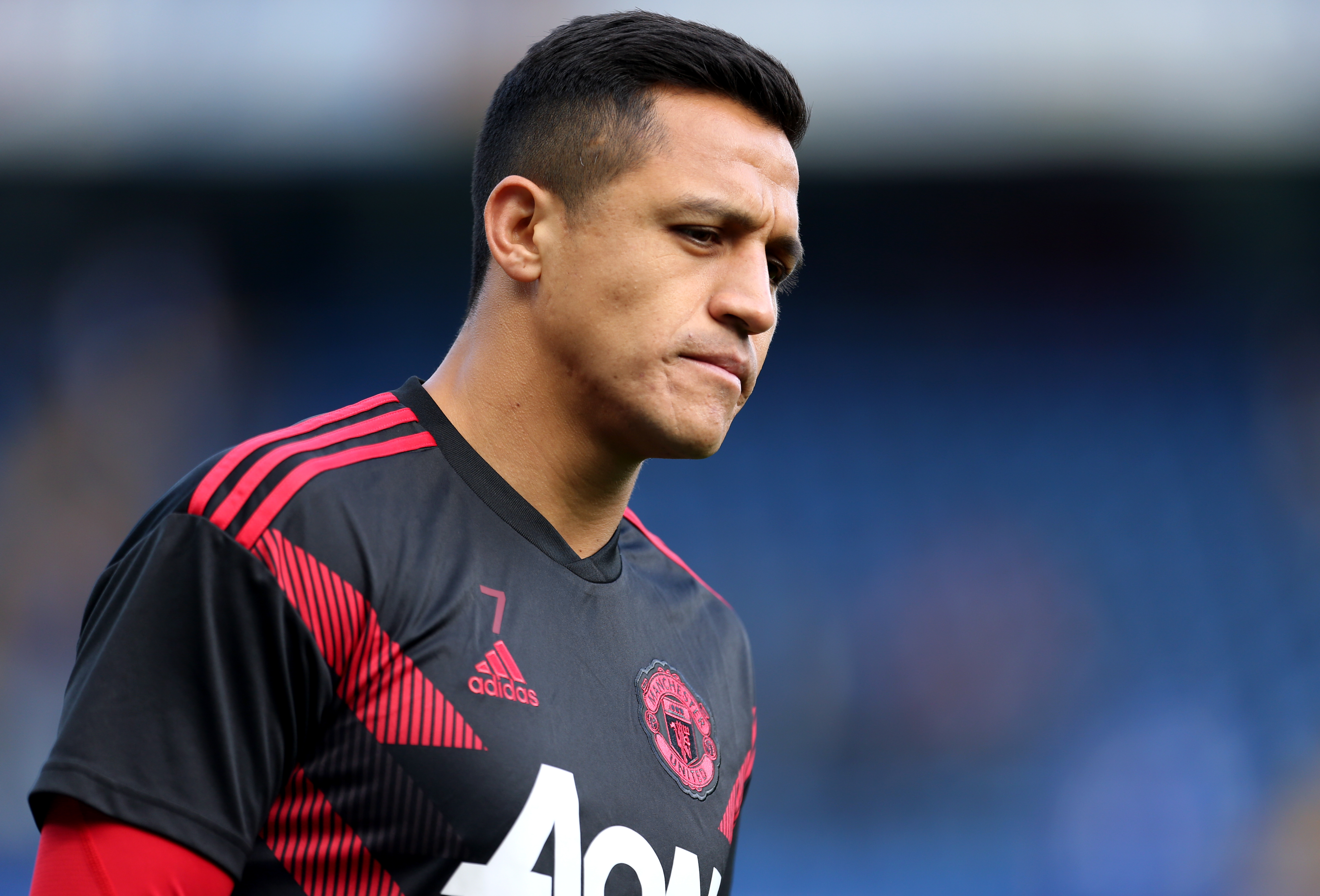 In the twelve years that I’ve supported Manchester United, I can seldom remember more hype around a signing than I saw for Alexis Sanchez, when he made the move from Arsenal to join the self-proclaimed greatest club in the world. Upon arrival, it was announced that Sanchez would join Cristiano Ronaldo, Bryan Robson and David Beckham as Manchester United’s number seven’s in years gone by.

Truth is, if his Old Trafford career was to come to an end as of right now, he would be put in the same category as Antonio Valencia, Michael Owen and Angel di Maria. Just the five goals in 37 games for the Chilean, and only two so far this term. One a dramatic late winner at home to Newcastle United and another at his former stomping ground last month in the FA Cup.

With Manchester United becoming the ever-growing global commercial superpower in recent years, they would have been delighted with the traffic that the tweet generated upon the announcement of his signing. However, a case could be made that the most useful thing Sanchez has done since his arrival is the inevitable increase in shirt sales.

The general consensus is that a player can’t become bad overnight, but can they? Despite not hitting heights of previous years, Sanchez still posted impressive numbers in his last six months at Arsenal, with eight goals and four assists in 22 appearances in the beginning part of the 2017/18 season.

This is a man who has won honours everywhere he’s been, namely La Liga, two FA Cups and two Copa America titles as well as winning Arsenal’s player of the year award on two occasions. Let’s not forget that Pep Guardiola was rumoured to be interested in adding the Chile international to his array of attacking talent. So what exactly has gone wrong?

January signings can often be dangerous. Who is to say that it won’t go completely wrong, teams are often settled and some players find it hard to fit in at their new clubs mid-season. Fernando Torres and Andy Carroll are high-profile examples, even Luis Suarez had an indifferent first few months at Liverpool.

The re-invigoration of United’s attack since the appointment of Ole Gunnar Solskjaer has not extended to Alexis Sanchez, so you cannot even attribute his dramatic decline to former boss Jose Mourinho, who admitted the Chilean’s loss of form was a “mystery”.

Sanchez, primarily an attacking player, can play on the wing, as a number ten or even the central striker. At Barcelona he often occupied the right-side of a front three, whereas in his Arsenal days you could find him in the number nine role, however still on the left-wing more often than not.

One thing largely associated with Alexis during his career was his astounding work-rate. His energetic style and eye for goal is what has made him a fan favourite at his previous clubs. However, for whatever reason he looks devoid of the confidence and ability that once made him one of the most revered players around the world. Additionally he has completed just one game all season, the opener at home to Leicester City – after a summer off which was supposed to reboot him after constant football over the previous few years.

Just this week I said you could count the amount of good moments that he’s had at Manchester United on one hand, and even that could be generous. Each high-point has never felt like the turning point he so badly needs, to kick on and salvage some success out of what has been a miserable spell so far.

He’s started just three games under Ole Gunnar Solskjaer, his most recent one being the his only league start, in which he posted a nondescript performance against Leicester City, a game in which he was substituted in favour of the much more reliable, and let’s be fair – better player – in Anthony Martial.

A key feature of Solskjaer’s early success as caretaker manager is the partnerships struck up by the front four of Martial, Marcus Rashford, Jesse Lingard and Paul Pogba. The pace of the quartet in particular has been quite an asset to United, which probably suggests why Sanchez, Juan Mata and Romelu Lukaku have only played bit-part roles to date.

Three years ago, if I had told you Manchester United would be substituting Lingard in favour of Sanchez against Paris Saint-Germain in a crucial Champions League game you would have bitten my hand off at the chance. However on Tuesday night it was considered a minor disaster.

With seconds to spare in the first-half, Sanchez’ number was read aloud, introducing him to the field of play to a big cheer from a hopeful, yet worried Old Trafford crowd. After all, he had sent the club to the FA Cup final last year, with a magnificent Wembley header against his old foes Tottenham Hotspur.

However, he could have hardly performed worse in the second-half. United badly missed the pace of Martial and Lingard who complimented Rashford so well. Alexis barely combined with his teammates throughout and the supporters made their frustrations clear to the 30 year-old who held his head aloft in despair when yet another passage of play went awry courtesy of our number seven.

As we know now, Manchester United went on to lose the game, with goals from Presnel Kimpembe and Kylian Mbappe putting the tie almost beyond United’s reach in the second leg in a matter of weeks. However, the sheer flatness of the performance is what irked many, which gave the fans a sense of realisation that United are still way off the elite teams around the globe.

Reports have since surfaced, suggesting Alexis was injured while warming up – colliding into an official. If true, that is indicative of his spell in Manchester thus far. However I saw on twitter that this could be a ploy, perhaps to take the under-fire winger out of the firing line.

After all, Manchester United are entering a season-defining period. Liverpool and Manchester City visit Old Trafford, while the Red Devils make journeys to London and Paris to face Chelsea and Paris, in the second-leg. The boss has suggested that Lingard and Martial won’t make it back for the Chelsea game, leaving Sanchez a candidate to occupy one of the roles vacated, if of course he is not injured.

It’s almost getting to the point where the fans are feeling sorry for him. Essentially he’s the new Radamel Falcao, without the major knee injury, a massive shame. As we all know there’s a talented player, but shades of Wayne Rooney’s final couple of seasons are increasingly evident.

United’s increasing emphasis on youth could render Alexis surplus to requirements this summer, many hoping United cut their proverbial losses on a man who came on a free-transfer in exchange for the equally disappointing Henrikh Mkhitaryan.

If selected for the Chelsea game, I’d hope the fans get behind Sanchez, who’s clearly having a crisis of confidence. However, time is running out for him to make a significant impact at Manchester United.