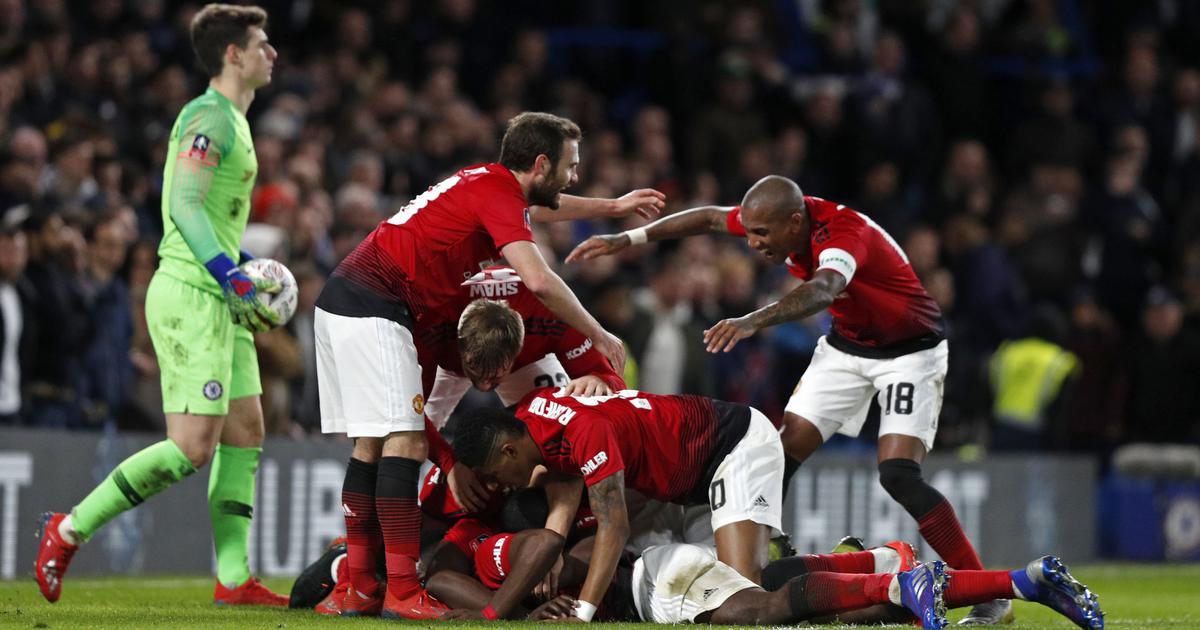 Back on track, United have regained their confidence with a cup triumph, and will now only have one thing on their mind’s – keeping Liverpool away from pole position Premier League title race.

Ole Gunnar Solskjær knows all about this rivalry but will meet Jürgen Klopp on the touchline for the first time, in the latest edition in English football’s greatest rivalries.

This is the one.

One to watch: Sadio Mané

With league leaders Manchester City playing against Chelsea in the Carabao Cup final, this is a chance for Liverpool to take advantage of their extra game and reclaim top spot – one point would be sufficent.

A dull midweek draw without Virgil van Dijk against Bayern Munich means that the Kopites have it all to play for in the Champions League and thus cannot solely concentrate on the Premier League yet.

Klopp was recently handed a £45,000 fine for his comments made about the officials in their recent 1-1 draw at West Ham United.

Faltering in the attack at times while being leakier at the back (conceding a third of their total Premier League goals against in the past four outings), Liverpool have come under pressure to not let the league title slip again.

Klopp has done his best to play down the occasion but will know this occasion could help his team find their mojo again.

“It’s not like we go there as a weak opponent. We’re a really organised football team with a lot of potential.” – Jürgen Klopp

A phenomenal win at Stamford Bridge in the FA Cup fifth round, thanks to goals from Ander Herrera and Paul Pogba along with some outstanding individual display, saw Solskjær side bounce back from their first defeat and will now face Wolverhampton Wanderers away in the quarter-final.

Paul Pogba pulled off another goal and assist combination but Ander Herrera stole United fans hearts again with a monstrous display in midfield, exactly what is required in this one.

Chris Smalling produced an immaculate showing at the back alongside Victor Lindelöf on Monday, so Eric Bailly is not a guaranteed return.

Juan Mata did excellent at the tip of a midfield diamond and is likely to feature there again here.

A cameo from Alexis Sánchez proved his fight, and United’s number seven could well replace Romelu Lukaku up front.

Marcus Rashford hit a double in this fixture last season, giving Trent Alexander-Arnold a nightmare time – something which could happen again.

Since the reverse fixture and Solskjær’s subsequent arrival, United have scored more, conceded less and picked up more points than Liverpool in the Premier League.

In his pre-match press conference, Solskjær said he would be willing to let Sir Alex Ferguson take the team talk.

Speaking exclusively to MUTV, the Norwegian did surprisingly hint that Jesse Lingard (a hope) and Anthony Martial (expected to be fit) could make shock early returns to feature in this one, but nothing is confirmed.

When asked about Liverpool’s title charge during the 2013/14 campaign while in charge of Cardiff City, the current boss replied “Couldn’t care less” and walked away, but the dressing room team talk may well focus heavily of preventing the Merseyside outfit from touching the trophy.

“We know we’re in for a very tough game on Sunday, but I think they know that coming to Old Trafford will be a difficult one. I think they will pay us respect and we will pay them respect.” – Ole Gunnar Solskjær