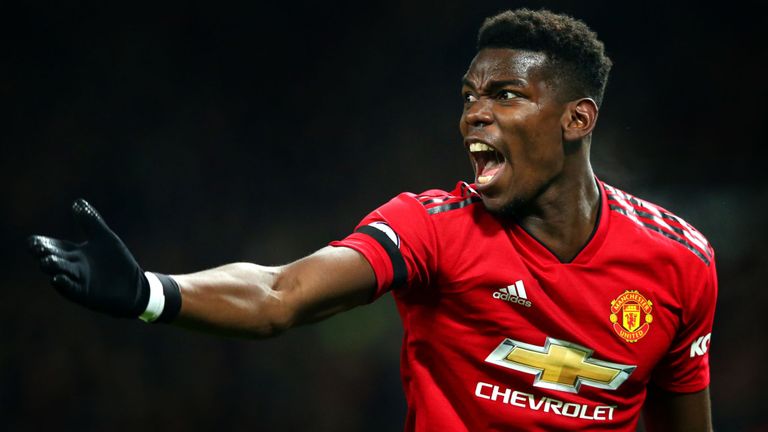 Manchester United’s comeback in midweek against Paris Saint-Germain will go down as one of the great European comebacks, leaving everyone in and around the club bouncing.

Despite this, Ole Gunnar Solskjaer now has the job of bringing his side back down to earth for another important game in the race for the top four – a trip to the Emirates.

A number of first-team names have trained this week ahead of the trip to North London, perhaps causing headaches for the United staff, as it will be very hard to drop any of Wednesday night’s stand-ins, who performed brilliantly.

Here’s how the Red Devils could line up.

David De Gea – United’s obvious number one, has also had some had some memorable performances at the Emirates in recent years.

Ashley Young – Has taken criticism in recent weeks, but acts as a leader for United as one of the senior members of the squad nowadays. A potentially obvious choice with not many options at right-back.

Victor Lindelof – Without a doubt United’s most consistent central defender this season, the Iceman has turned his Old Trafford career on its head.

Chris Smalling – Brilliant in recent weeks and a huge part of United’s phenomenal win in Paris – an obvious choice to partner Lindelof.

Nemanja Matic – Could return in time from injury. Has been key for United in recent weeks and has turned his form around since the arrival of Solskjaer.

Paul Pogba – Missed the PSG game through suspension, although will be an obvious inclusion in United’s starting XI.

Fred – Had, without a doubt, his best performance for United in the week, which could prove a huge confidence booster – deserves another start.

Diogo Dalot – Has been excellent when given a chance in recent weeks, especially going forward. With the likes of Martial and Lingard not yet fully fit, could be given a chance from the off.

Marcus Rashford – Matchwinner in the week and has, overall, been terrific under Solskjaer. One of the first names on the teamsheet.

Romelu Lukaku – Six goals in his last three games. Going through a purple patch and brimming with confidence – almost a guaranteed starter.