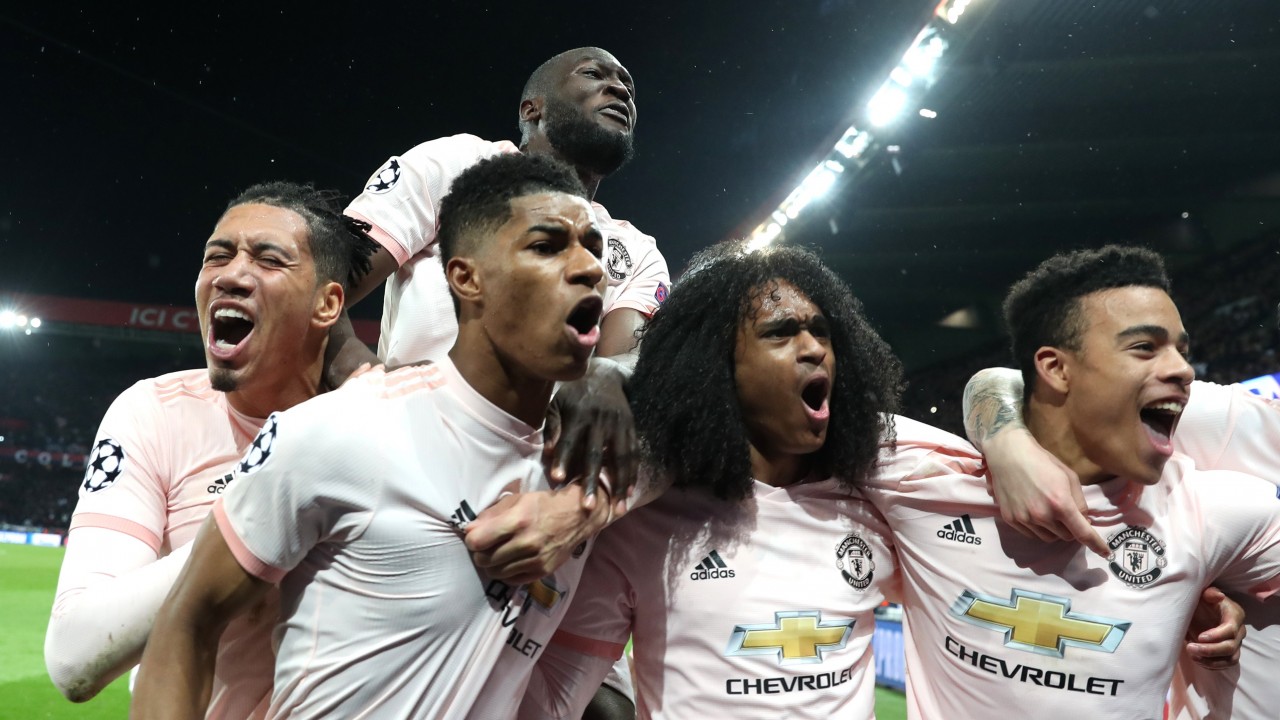 With a mountain to climb in Paris, Manchester United did it their way with Ole Gunnar Solskjær at the wheel – a night that will long in the memory.

In spite of their contrasting midweek French visits, this battle for fourth spot in the Premier League looks a very even contest – just one point separating them.

One to watch: Henrik Mkhitaryan

A disastrous defeat in Rennes (a side who sit 34 points behind Paris Saint-Germain in Ligue 1) with 10 men means the Europa League will have to be on Emery and his men’s minds coming into this one.

Taking the lead through Alex Iwobi after just three minutes at the Roazhon Park, Sokratis Papastathopoulos picked up two yellow cards in quick succession as his team fell apart – leaving them with a difficult task next Thursday.

Not only that, the FA Cup encounter 44 days ago in which United conquered Arsenal with swift counter-attacks will mean the Spanish manager will likely have to adjust his style of play to avoid another defeat.

Although never reliable, the Emirates has been somewhat of a fortress this campaign, with a notable convincing win against London rivals Chelsea last month – one of 12 home victories since the former PSG boss took charge.

Aaron Ramsey imminent departure has caused unrest at the Emirates already this season, but Mesut Özil and Emery’s relationship has consistently made headlines with the German international not playing or contributing regularly – he again could be dropped for this one.

“We need to have a very performance from each player, and tactically from the team… but with our supporters, I want to create a big atmosphere… giving us the best support on the pitch.” – Unai Emery

It was unexpected, unbelievable, and it was full of VAR-ma but United somehow advanced to the Champions League quarter-finals on Wednesday as two goals from Romelu Lukaku and some breakthrough individual performances set up Marcus Rashford to score a controversial 93rd-minute penalty.

Never before had a team come back from two away goals in the competition until a bib-wearing Solskjær got his hands on things.

The celebrations went long into the night but the scenes at the final whistle in the Parc des Princes were as you would expect with the Red Army.

However, distressing news of a United fan being stabbed in a taxi filtered through on Thursday – our thoughts go out to him and his family as he is making a ‘slow recovery’.

Academy sensation Mason Greenwood made his appearance, while Tahith Chong earned his first European debut in front of two other youth players on the bench, making it an even more special occasion in the capital of France.

Eric Bailly had an outing to forget, being substituted before the break after playing Kylian Mbappé onside, then getting caught flat-footed as Juan Bernat breezed past him to tap in PSG’s equaliser.

Nevertheless, a man once struggling, Lukaku, is in fantastic form, scoring six goals in his last three games – two in each, which is something a Red Devil has not done since 2006 (someone called Cristiano Ronaldo did it).

Fred, alongside the equally impressive Scott McTominay in midfield, undoubtedly had his best outing for United as Solskjær described it as his ‘breakthrough game’.

Onto North London, Solskjær could make it 10 victories on the road from as manager games if he pulls off a similar tactical masterclass as in the aforementioned cup clash.

As Tottenham Hotspur suffered defeat at Southampton yesterday, United can go level on points with Spurs if they get another victory – even above them if the Red Devils win by five goals.

The squad have had a quadruple injury boost, with Bailly, Anthony Martial and Nemanja Matić expected to be available.

The big games keep coming for United as a tie away to Wolverhampton Wanderers in the FA Cup before the international break looms.

In addition, Ander Herrera, Jesse Lingard and Juan Mata returned to first team training but may not be available until that cup clash at Molineux next weekend.

Fitness coach Robin Thorpe announced his imminent departure from the club after 10 years of service, with various players including Herrera and Antonio Valencia paying tribute.

“I love managing these boys, I love playing, not playing, I love working here and as I’ve said so many times, I’m just doing the best I can every single day.” – Ole Gunnar Solskjær