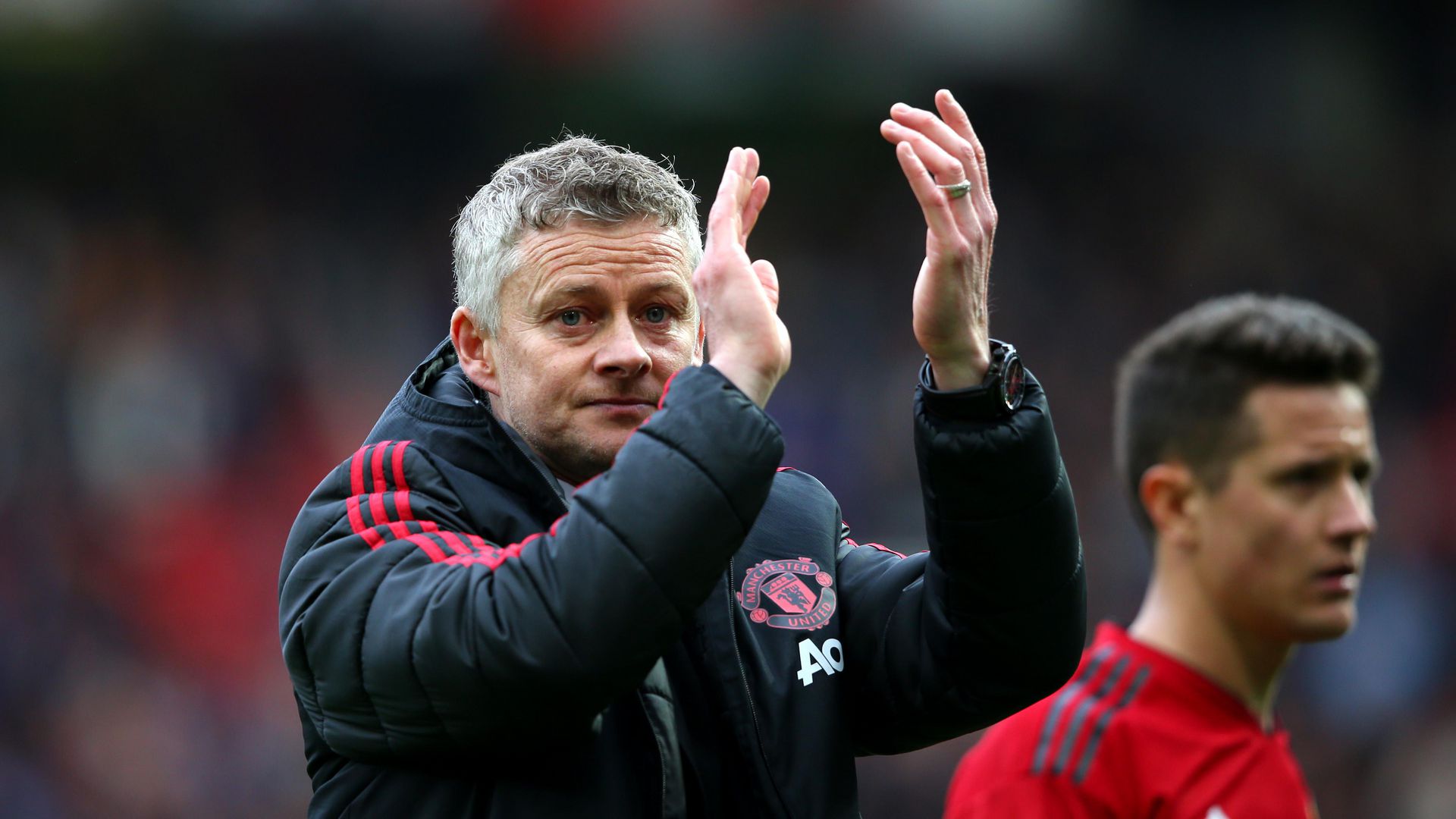 With the top four target realistically out of reach for United, already relegated Huddersfield stand in the way of finishing the season on a high.

Ole Gunnar Solskjær is without a victory in four games and will be feeling the pressure but eight defeats on the bounce leave adversary Jan Siewert in a far worse predicament.

2018-19 may well be over in broad terms for these teams, although there is still plenty is to play for.

It was Boxing Day, and Solskjær’s first match in charge at Old Trafford with the first half of the term was about to end.

Huddersfield were slipping away and needed points but their visit to United was part of a 14-game winless run.

Nemanja Matić opened the scoring with a rare goal but Paul Pogba struck twice late on to seal three points. That was all before centre back Mathias Jørgonsen – troubling, the Terrier’s joint-second top scorer – pulled one back in the dying embers.

Red Devils youth star Angel Gomes was given minutes later on but has not featured in the league since.

One to watch: Adama Diakhaby

Last season, Huddersfield produced a shock result in West Yorkshire as they beat United 2-1 thanks to goals from Aaron Mooy and Laurent Depoitre, who scored straight from a goal kick as Victor Lindelöf had nightmare league debut.

However, in the FA Cup, the Red Devils got revenge as Romelu Lukaku bagged a brace on the road to the final.

Eight consecutive loses mean things can barely get any worse for Huddersfield and there has probably never been a better time in recent years to host United.

As far as this campaign goes for the Terriers, relegation was confirmed over a month ago as Siewert was unable to rescue what David Wagner left behind when he resigned in January.

Top scorer Karlan Grant, signed in January from League One’s Charlton Athletic and makes up 20% of all their Premier League strikes this term with four.

Looking at a year at least in the Championship next time out, this will be the last time the Kirklees faithful will watch their club in the top-flight for the foreseeable future.

Back from a three-month hamstring injury, AS Monaco summer signing Adama Diakhaby could well start with Steve Mounie’s poor form and Siewert likely to shake the starting XI up with youngsters Demaco Duhaney and Aaron Rowe knocking the door.

On Friday, it was confirmed that chairman and lifelong supporter Dean Hoyle will end his decade-long tenure at the Club.

“We are working on creating a winning philosophy. It’s been a really tough season; it hurts me and it hurt them. We are trying to change the mental mindset.” – Jan Siewert

Next match: Southampton [A]

Sunday signalled the likely end of United’s campaign as far as anything significant is concerned, with fellow top four chasers Chelsea earning a point.

On his 31st birthday, Juan Mata scored to make it a day all about the Spanish contingents in both camps as Ander Herrera also came back into the starting XI and producing a solid performance.

It was yet another uncharacteristic clanger from David De Gea, cheered off by the Stretford End at half-time, as the four-time Sir Matt Busby Player of the Year fumbled Antonio Rüdiger’s shot to allow fellow Spaniard Marcos Alonso to equalise.

Solskjær insisted he will be sticking with the stopper but supporters are questioning whether the Atlético Madrid youth product’s ability as contract speculation continues.

Eric Bailly returned to the side and performed admirably for 70 minutes until he suffered a painful knee ligament injury.

Confirmed by the club on Monday, it will keep him out of the final two matches, as well as the African Cup of Nations for his native Ivory Coast.

His manager described him as the “one smiling the most out of all of us” during his pre-match press conference and hopes the 25-year-old will be back for pre-season.

On Thursday, The Sun reported that the Norwegian boss will call players in for individual meetings at Carrington the day after the season has ended as part of an inquest following recent form.

Additionally, the manager stated to journalists that would have the “final say” on player comings and goings this summer.

With De Gea’s form in mind, many believe Sergio Romero should start to remain g pair of fixtures due to the opposition and the Argentine’s consistent showings whenever deputising.

Romero, who has mostly played against weaker opposition in cup competitions, has kept a whopping 27 clean sheets in his 43 games, conceding just 20 goals.

However, the World Cup finalist did not train on Thursday so could be unavailable as Solskjær thinks De Gea is “looking forward to the next two games” and expects him to start.

Due to Bailly’s injury, along with Phil Jones and Chris Smalling’s absence, Marcos Rojo looks set to start alongside Lindelöf.

Also in defence, 18-year-old Lee O’Connor could be contention for a taste of first team action as the Irishman was called-up to training this week. As a versatile full back, the Republic of Ireland U21 international may well be a long term solution on either side.

On Saturday, the Manchester Evening News reported that trio Tahith Chong, James Garner and Angel Gomes were in the travelling squad to Yorkshire.

Fellow youth star Mason Greenwood has picked up an injury but the first team boss is confident he will play again this term.

Mata – rumoured to have a final contract offer put to him during the week – is expected to keep his place due to his goal, with Jesse Lingard not included in Sunday’s squad whatsoever.

Marcus Rashford came off with a shoulder injury so is unlikely to start and Romelu Lukaku is rumoured to miss the remainder of the reason with a thigh injury.

“It’s been a strange week with no midweek games. We’re still in with a chance [of top four] and we’ve just got to focus on the next two games.” – Ole Gunnar Solskjær