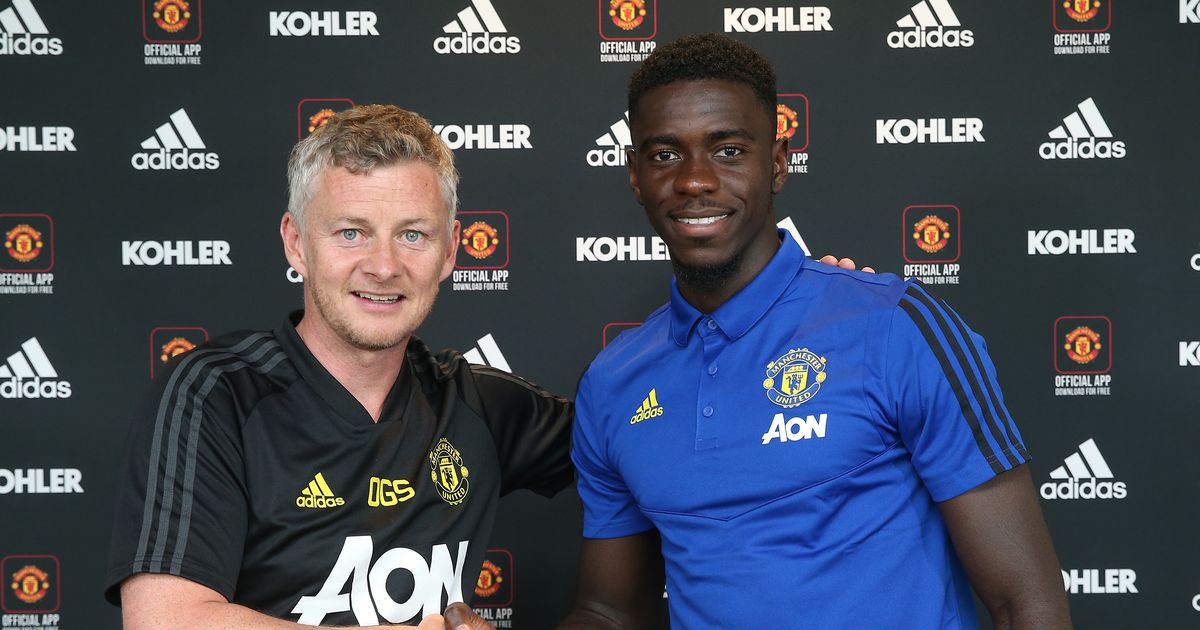 One of many sagas that have plagued United during the post-Sir Alex Ferguson era has been at centre back.

Rio Ferdinand and Nemanja Vidić are yet to be adequately replaced, and signings like Eric Bailly, Victor Lindelöf (barring the past few months) and Marcos Rojo have failed to cement their places.

To many supporters’ frustration, Phil Jones and Chris Smalling continue to be relied on but despite often proving solid back-up options, they’ve not been able to make themselves into first names on the teamsheet for extended periods.

However, there may have been a hope right in front of everyone’s eyes at Old Trafford, as academy product Axel Tuanzebe quietly rises up the ranks and after a new contract awarded by Ole Gunnar Solskjær, looks primed to finally be given an opportunity in 2019-20.

Rumours of Harry Maguire and others once again have swirled this summer but even with a potential arrival, there’s no doubt the DR Congo-born defender will see minutes if he impresses on tour over the coming month.

At 21, Tuanzebe has made five appearances for United, breaking towards the latter stages of the 2016-17 season as José Mourinho began to rotate his side as he earned the Denzil Haroun Reserve Team Player of the Year award.

Only five loan appearances for Aston Villa after Christmas followed during the next campaign, as the now Villa Park favourite was injury-stricken; although, the most recent term was a different story in the Midlands.

Playing his 25th game of the term in the Champions Play-Off victory over Derby County, Tuanzebe showed his class on the biggest stage at Wembley.

Completing 100% of his tackles and boasting a pass accuracy of 78%, the composed centre back was able to perform when it mattered to help the Villains reach the Premier League.

Praised for that calmness during his time in the youth team alongside the fiery, no-nonsense Ro-Shaun Williams, the Rochdale-raised lad even earned an assist last season, setting up a 95th-minute equaliser.

Also worth noting, is that he can also hold his own at right back or in defensive midfield, having featured there sporadically over the past few years. In addition, the England youth international operated adeptly on the left of a back three for the Red Devils against Swansea City in the Carabao Cup in 2017-18.

Statistics aren’t everything but they indicate how effective Tuanzebe was for a side who, until most of his 25 appearances, were dwindling away in mid-table as his prowess improved once Dean Smith took over in October.

Regarding his character, the ball-playing centre back is seen as a possible leader in the first team with the attributes to adequately marshal a back line.

Former youth coach Paul McGuinness had this to say about Tuanzebe’s impact:

“I don’t think that has happened since Gary Neville was youth team skipper. Axel did a very good job – on and off the field.”

Furthermore, the 21-year-old enjoys the responsibility of the armband, telling the club’s website back in 2018 that he ‘likes bossing people around.’

The born leader is also one of just three reds to win the club’s Under-18 and Reserve Player of the Year awards, alongside Mark Robins and Giuseppe Rossi.

Last term, Solskjær spoke about the next proper captain of the club needing to be a ‘cultural architect’ of United and the defender can prove to be exactly that over the forthcoming campaign.

Even if Tuanzebe fails to become a mainstay under Solskjær this season, he has the capacity to become an elite defender at the very top of the game – whether it be at Old Trafford or not.