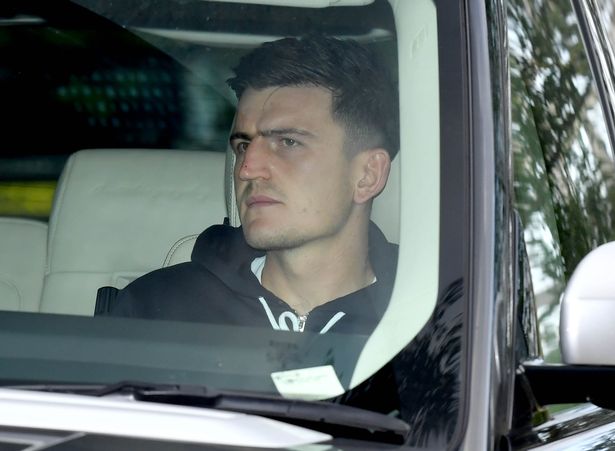 Harry Maguire has been pictured arriving at the Aon Training Complex ahead of his £80m move to Manchester United.

The move has been a long time coming after United had offers of £60m and £70m rejected by Leicester City, who initially wanted to hold out for around £90m for the England international.

It remains to be seen if he’ll be available for the Premier League opener against Chelsea on the 11th August, but Ole Gunnar Solskjær has hinted that his fitness levels may be up to scratch after a full pre-season with Leicester.

“Let’s get the last details over the line, but yeah, he’s played a few games over the summer so we’ll have to assess him if and when.” Solskjær said during his post-match press conference against AC Milan in Cardiff.

Various newspapers have claimed Harry Maguire is set to start training with United as soon as Monday. He’s been dubbed to partner one of Victor Lindelöf or Axel Tuanzebe by many fans, and they’ll be hoping he can live up to his world-record price-tag.