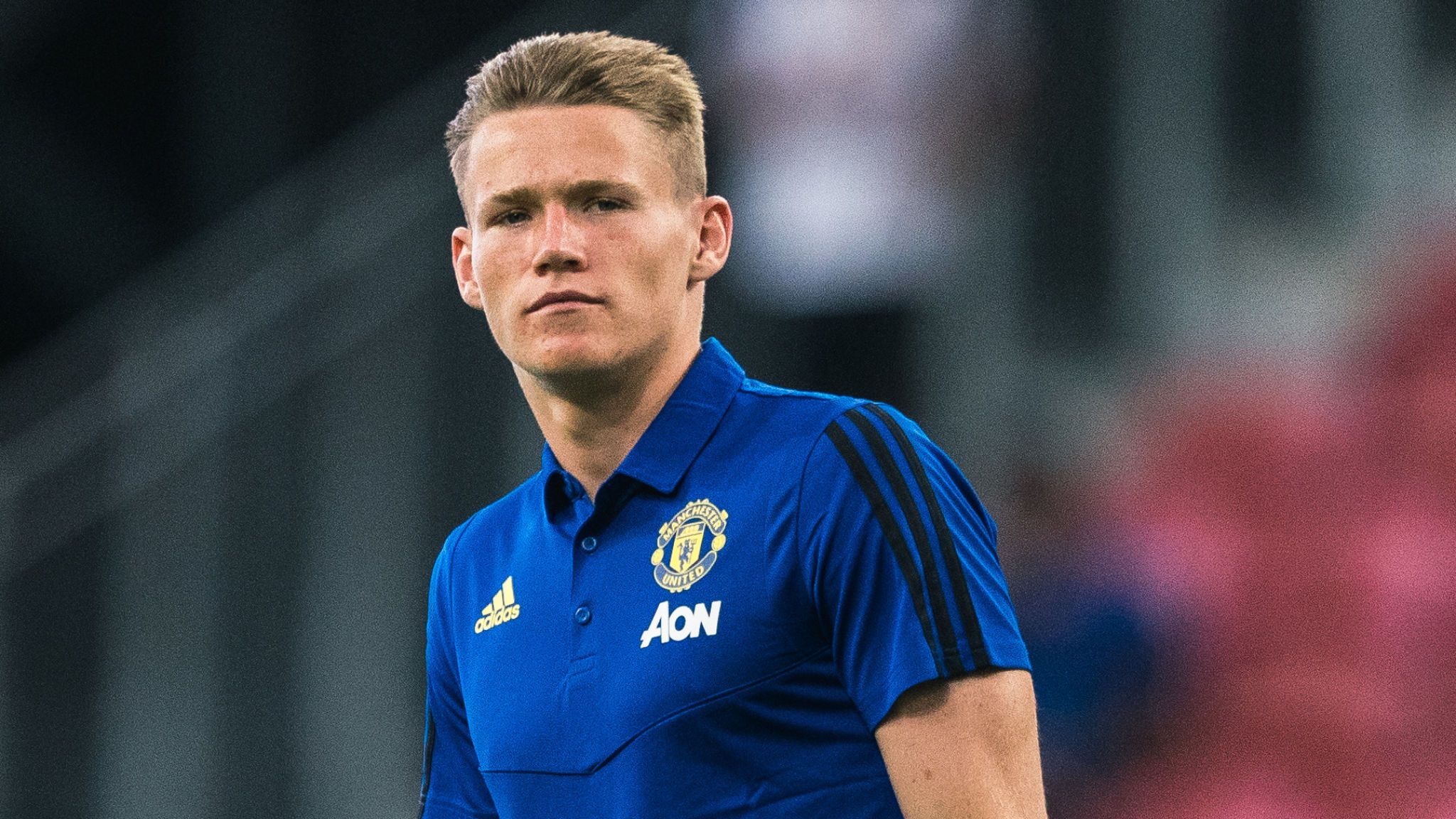 “If I was one of you, I would ask if the Manchester United manager agrees that Scott McTominay had a fantastic performance.”

Those were the fateful words of José Mourinho in the Ramon Sanchez-Pizjuan press room after United had drawn 0-0 in the Champions League round-of-16 first leg.

A few minutes later that night in Seville, the former Old Trafford boss hugged BT Sport reporter Des Kelly, for asking about the midfielder’s ‘brilliant’ performance in which he did ‘everything well’ – according to Mourinho.

“The questions were about Paul [in the press conference]. The questions should be about the kid,” Mourinho also told Kelly.

Now 17 months on, the academy graduate is set to start against Frank Lampard’s Chelsea in United’s opening match of the Premier League season this Sunday.

Six days later, the McTominay was again given the nod ahead of Paul Pogba to start in the second leg, and the vast majority of the fan base erupted with bemusement.

The Lancaster lad struggled like most on the pitch that night and was lambasted for the weeks following, before being ridiculed when his boss commended him with a special ‘manager’s player of the year’ award in May.

From then on until Mourinho was sacked, McTominay was labeled as ‘McTalentless’ on social media, with supporters going as far as saying he was Football League standard; not that social media is the most rational of places when it comes to opinions and debates.

Just seven months on from playing at center-back at West Ham United in arguably his lowest point, the towering 22-year-old became ‘McSauce’ when he earned man of the match against Barcelona at Old Trafford and stapled himself into the Ole Gunnar Solskjær’s first team setup.

It followed an extraordinary previous round display in Paris as United became the first side to advance despite losing the first leg 0-2 at home.

Fans began to change their minds and appreciated the 100% graft that McTominay would put into every game – regardless of role.

Able to play as a battling number eight or sitting deep in front of the back four, the 6-foot 4-inch workhorse is a willing versatile player, to be valued in any squad.

Shortly after his 2017 breakthrough, fellow Reds midfielder Nemanja Matić told MUTV: “He’s very young, very talented and physically strong. I’m sure he is the future of Manchester United and I enjoy playing with him because he also works really hard and is very confident. I’m going to help him in training because I think with his potential he’s going to be a big star.”

With nine international caps above the border in the bag to date, McTominay’s grandfather revealed in 2018 that none other than Sir Alex Ferguson had told the youngster as a boy that he wanted him to represent Scotland.

Solskjær showed faith by starting consistently him throughout the Premier League run-in, as he personified the phrase: when the going gets tough, the tough get going – during the drop in performances as adversity within the club rose this spring.

McTominay also notched his first two professional goals in that period. Firstly, I’m April (when he won the club’s player of the month) against Wolverhampton Wanderers and May at Huddersfield Town – both United’s only goal in each game.

The midfielder also won a 90% of his total tackles last campaign, more than any other player to play over 600 minutes in his position in the top-flight.

This summer, his stellar pre-season showings in Asia – like numerous fellow academy products – have gained him more and more plaudits and is set to be a regular starter 2019-20 dawns. The Scot is also a cover star alongside Lionel Messi on the latest Pro Evolution Soccer game, a signal of his rising popularity.

Many have noticed McTominay’s leadership qualities – that most in the squad has lacked in recent years – both in training and in games; whether it be barking out orders, sticking up for teammates or simply leading by emphatic example.

He recently told The National: “Where I want to get to is being that player in the team where you’re a leader, you’re the one telling people. You’re driving the standards.”

Now with almost 50 Red appearances to his name. McTominay is becoming a regular in matchday squads and he’s created an almost cult following amongst the fan base – a stark contrast to his previous social media reaction.

In the recent friendly against Tottenham Hotspur, McTominay played the first half and impressed again, as he completed 100% of his final third passes, won 100% of his aerial duels, had a 90% overall pass accuracy along with completing five long balls to drive his side forward in the victory – not to mention bodying Moussa Sissoko after the Spurs man had stamped on mew teammate Daniel James.

To conclude, ‘McSauce,’ who has been at United since the age of six, may not go down as a club great or achieve anything close to some legends at Old Trafford, but has already done well to change many minds and earned himself a shot at being in red for the rest of his career.