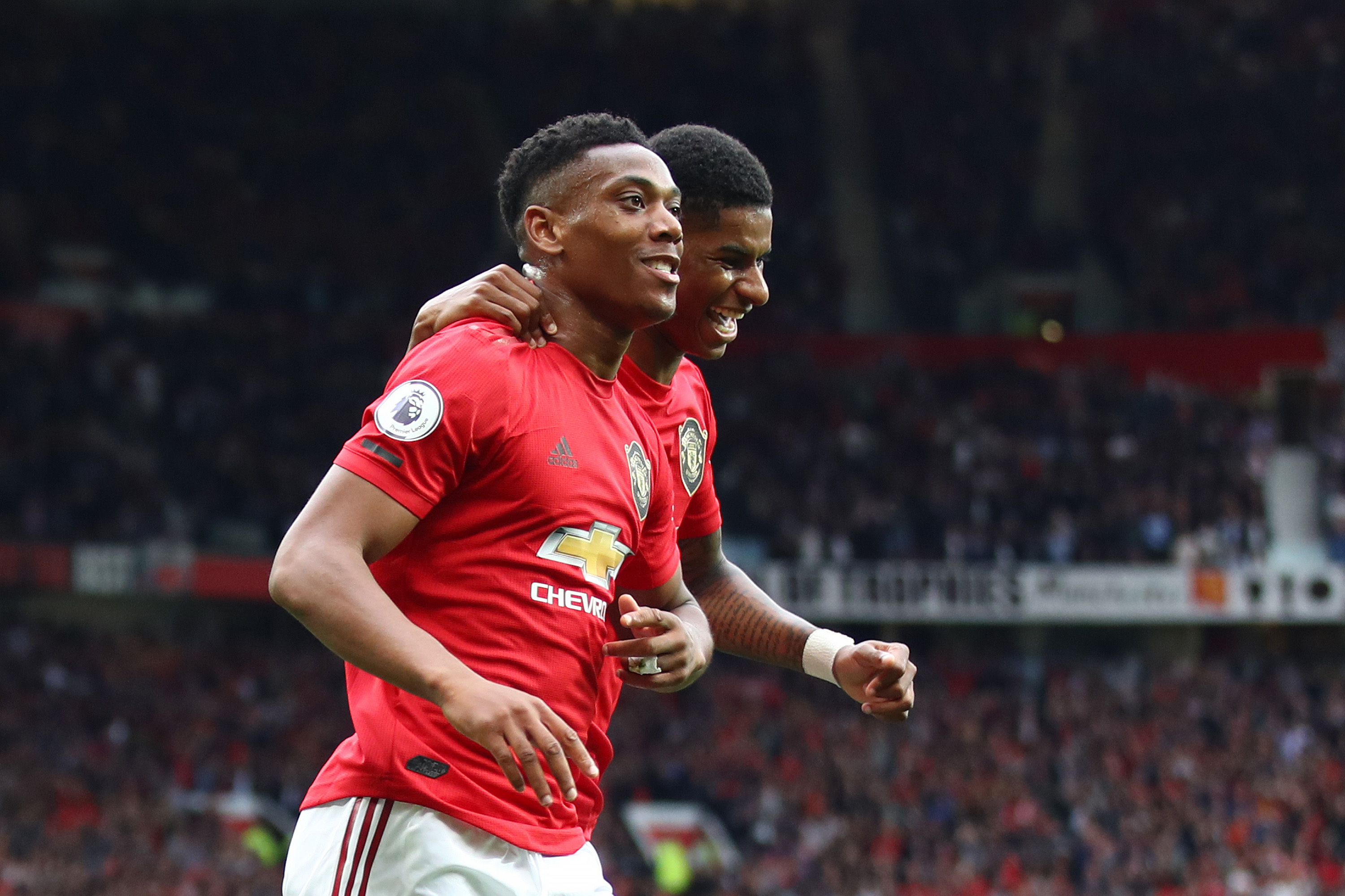 When you reminisce back to the glory days of Manchester United, flashbacks of fast counterattacks and quick attacking movement are some of the first memories that come to mind.

Whether it is through the iconic partnership of Dwight Yorke and Andy Cole, to the prolific duo of Wayne Rooney and Cristiano Ronaldo, the club has always prioritised the possession of the finest offensive talents that Europe has to offer.

Now, at their disposal, United have two very promising figures in Marcus Rashford and Anthony Martial. At the age of just 21 and 23, both players are still far from the finished article, but they collectively share a big responsibility in helping their team achieve success this season.

Taking over as United boss was never going to be an easy task for Ole Gunnar Solskjaer, as rebuilding this current squad is far from being an overnight job. However, the first steps in establishing what kind of players he wants in his team have already been laid out.

Rashford has been the side’s starting striker ever since the Norwegian took charge last December, with the Englishman being asked to set the high tempo pace up-top with his constant pressing on defenders. Such a style of play is clearly an important ethos of Solskjaer’s long-term project, as he continues to opt for energetic and fresh figures in his starting XI.

This factor was highlighted in United’s 4-0 win over Chelsea at the weekend, as the Red Devils looked so much sharper and fighter, both in, and out of possession. The phrase ‘attack is the best form of defence’is rather suiting to describe their performance, as they grasped on every opportunity to pin the Blues back at any given point.

Starting from the frontline, Rashford relentlessly forced mistakes from the likes of Kurt Zouma and Andreas Christensen, with Anthony Martial also upping his game in a similar manner. The Frenchman appeared much more rejuvenated on Sunday afternoon and looked comfortable in Solskjaer’s attacking system.

Throughout pre-season and also in the Chelsea game, it is apparent that the Red Devils have adopted a ‘pass and move’ mentality, with their attackers being keen to burst into space in the final third. Such movement caused Frank Lampard’s team defensive issues all afternoon and the 4-0 scoreline was a testament to such a positive mentality.

As mentioned, Rashford set the tone with his runs in-behind the Chelsea back-line, with United’s third coming directly from such flash movement. It’s been refreshing to see the attackers operate with a free license to move around the final third, so much so that this team is now slowly beginning to accumulate a distinct attacking identity.

Moving forward, this will be a key tactic in unlocking future opposition, as United will aim to continue to smother the final third with direct runners. Martial’s movement against Chelsea also posed issues for the Blues, with the Frenchman grabbing his goal through simply getting himself into the box, into a scoring position.

The interchanging between both Rashford and Martial created space and havoc all day long and fans can’t wait to see the two try and replicate something similar at Wolves next Monday evening.

Time to step up

Such a positive display at the weekend has lifted the spirits around Old Trafford, with the result overshadowing a rather average transfer window by the club. Some fans even drew direct comparison of the two young attacker’s linkup play to that of Yorke and Cole.

Although it is important to remain patient with the two promising stars, this is now a big opportunity for both men to create a legacy under Solskjaer. The squad is not exactly bolstered with many goal-scoring options, so a big expectation has been laid on Rashford and Martial’s shoulders to find the back of the net this season.

Particularly with Romelu Lukaku gone, both forwards should be aiming for at least 15 goals apiece in the league, as the Red Devils will need such a return if they are to book a place in the Champions League, come 2020.