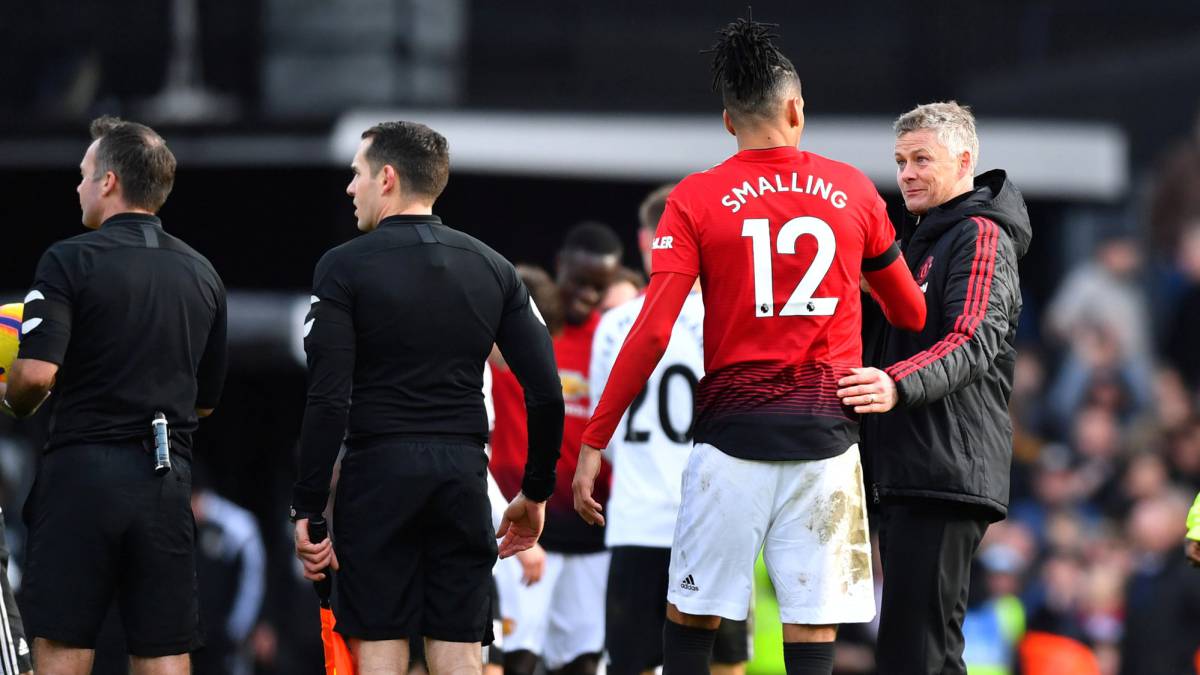 Manchester United defender Chris Smalling is set to be the first of the defensive clear-out, with AS Roma the likely destination.

According to Sky in Italy, the centre-half will join up with the Italian side after the two clubs agreed a £2,7 million loan fee for a season-long loan.

Chris Smalling has not been included in any of the three match-day squads so far this season and a way back into the fold looks difficult for the former Fulham defender.

Phil Jones and Marcos Rojo’s futures are still up in the air but with the continental transfer window being open for a couple of more days, the pair could still leave.

Should all three leave, Solskjaer is left with Harry Maguire, Victor Lindelöf, Eric Bailly and Axel Tuanzebe as his four central defenders.