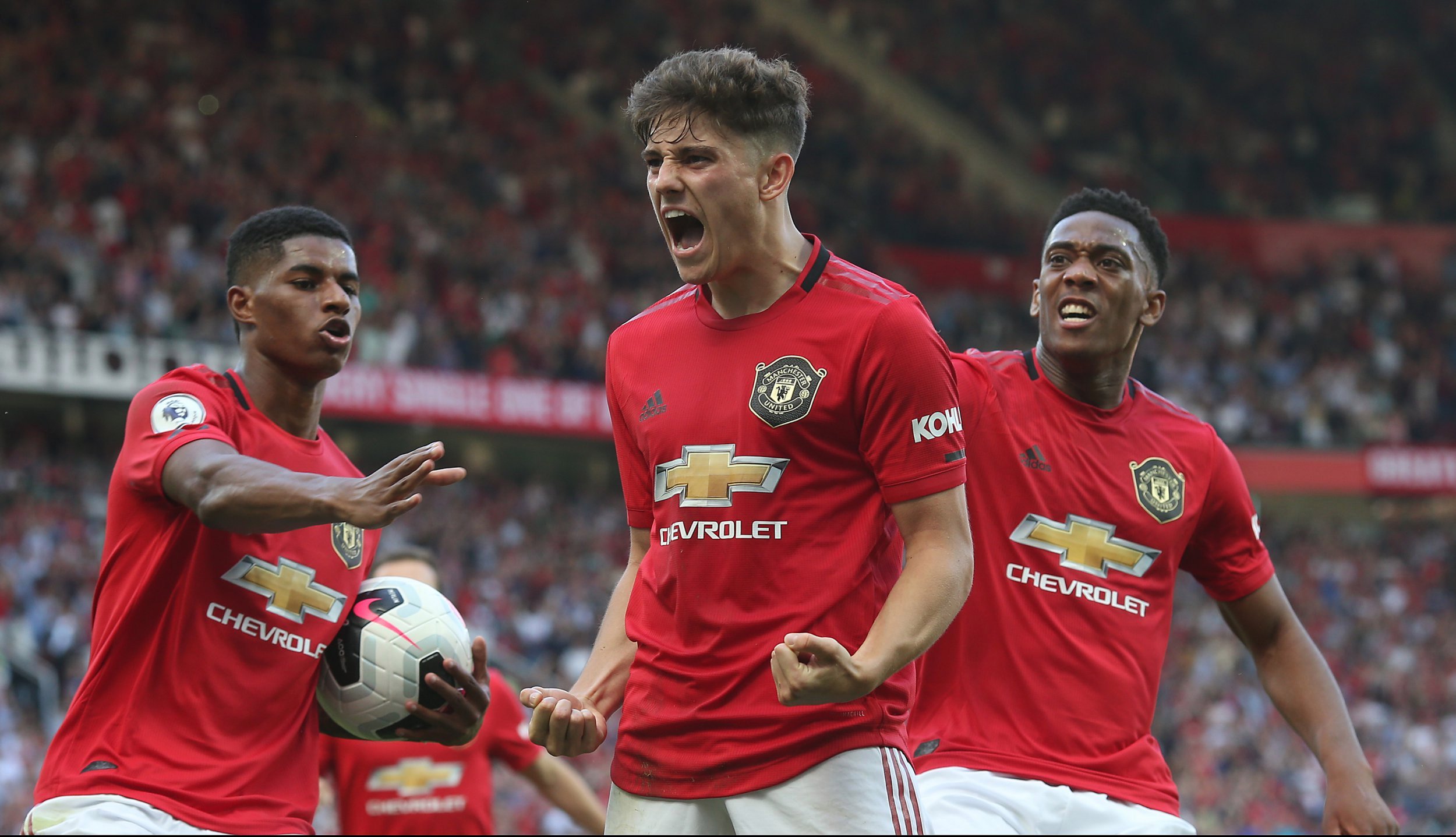 Another brick was taken out of United’s rebuilding wall on Bank Holiday Saturday, with a trip to Southampton in search of a second Premier League win of the season on the South Coast up next.

Ole Gunnar Solskjær has overseen just three victories in his last 15 games, while Ralph Hasenhüttl is suffering a similar lull after his own honeymoon period last year.

The Red Devils will have to fend off the Saints in the early kick-off this weekend prior to the first international break.

Despite starting with defeats to Burnley and Liverpool, conceding five and scoring just two, a comfortable 0-2 win against Brighton followed by a midweek Carabao Cup victory has given Southampton a slight head of steam this campaign.

On Wednesday evening, a first South Coast derby in seven years was set up in the third round of the League Cup and Hasenhüttl described it as ‘the only real’ South Coast derby, as the Saints will visit Fratton Park for the first time since December 2011.

Hasenhüttl recruited sparsely over the summer but cleared out plenty of deadwood at St. Mary’s to rebuild the club in the mould of his previous success story at RB Leipzig.

In terms of team news for this one, one man who is in line to feature is Sofiane Boufal. After being on loan at struggling Celta Vigo in 2018-19, Boufal featured on Tuesday at Craven Cottage and revealed his manager’s half-time message, saying: “He told us to be more aggressive and press higher when we don’t have the ball.

“We feel we can do something when we press high. We recovered a lot of balls in this part of the pitch and we were very dangerous. We could’ve scored more goals.”

Boufal could start on the left-wing due to star man Nathan Redmond’s injury, and the Moroccan completed the most take-ons in Europe’s top five leagues while in La Liga, with 144. He also set-up Redmond to score the second goal at The AMEX Stadium last Saturday.

One to watch: Pierre-Emile Højbjerg

A fans favourite for the Southampton faithful, the Danish international has recently been given the captain’s armband by ‘The Austrian Klopp’ ahead of opening day skipper James Ward-Prowse.

The 24-year-old grabbed four goals and laid-on three assists last term, playing in 31 Premier League matches. Operating in the double pivot alongside either a defensive-minded partner in Oriol Romeu, or want-a-way Mario Lemina, Højbjerg is adept at intercepting, starting attacks from deep and winning challenges.

In spite of a rash temper at times, the former Bayern Munich man has matured since coming to St. Mary’s and leading the team from the core, meaning he could well dominate the midfield battle in this one.

“I don’t know if our players are following this noise from the fans so much [about the Portsmouth tie]. I think for us the game is a very big one, an important one.” – Ralph Hasenhüttl

A first ever Premier League defeat to Crystal Palace came last Saturday, with Marcus Rashford missing a penalty and David De Gea making another uncharacteristic clanger, which were just two of the costly errors at Old Trafford.

Daniel James curled in a stunning strike to level the scores late on but Patrick van Aanholt made the most of Paul Pogba giving away possession after Victor Lindelöf was beaten in the air for the opening goal.

van Aanholt became the first opposition player to score an added-time winner at Old Trafford in the Premier League, another depressing record set in recent times.

To add to Solskjær’s frustration, Anthony Martial, who grabbed the assist, picked up a thigh knock. He is officially ruled out of this one but has been selected in France’s latest EURO 2020 qualifying squad.

More of a long term concern, Luke Shaw came off injured in the 34th minutes, being replaced by Ashley Young, and will be sidelined for around six weeks with a hamstring problem.

Astana is closer to pre-season venue Shanghai than it is to Manchester, and one man who could feature on the travels is Sergio Romero.

The goalkeeper started every game during the 2016-17 triumph under José Mourinho and told the official website this week: “The victory, for me, was a massive relief because I wasn’t playing a lot in the Premier League and other competitions. I only played in the cup and thanks to the confidence the manager deposited in me, it was a very positive thing for me.”

On the transfer front, Alexis Sánchez’s long-rumoured move to Internazionale was confirmed, a loan in which United will still pay around 40% of the Chile international’s wage.

As the European window closes on Monday, Solskjær confirmed in his pre-match press conference that United’s longest-serving player, Chris Smalling, will be playing on loan for Roma this season. The move was then completed a few hours later.

The manager also confirmed that Matteo Darmian may be departing following permanent interest from Parma, while Marcos Rojo will ‘definitely’ be staying.

Young is likely to replace Shaw at left-back and could captain the team given that he is the official club skipper.

If Southampton score past that now depleted defence, it would make it just one clean sheet in the last 15 games – another worry for the boss.

With Martial’s injury, James and Jesse Lingard are likely to flank Rashford. However, Mason Greenwood may feature following his England under 21 call-up.

Angel Gomes and Brandon Williams made the England under 20 squad, while James Garner and Teden Mengi under 19 and 18s group.

The two former started for United’s under 23s at Old Trafford tonight, as Garner and Tahith Chong travelled to Southampton.

Andreas Pereira may start in the number 10 role, unless Fred or Nemanja Matić are selected to make their first Premier League started, in a week filled with rumours of the latter being unhappy.

“Clean sheets are always the foundation to build on and we started really well against Chelsea, but we know the two against Palace should have been avoided. We hope to go down there and look stronger at the back.” – Ole Gunnar Solskjær