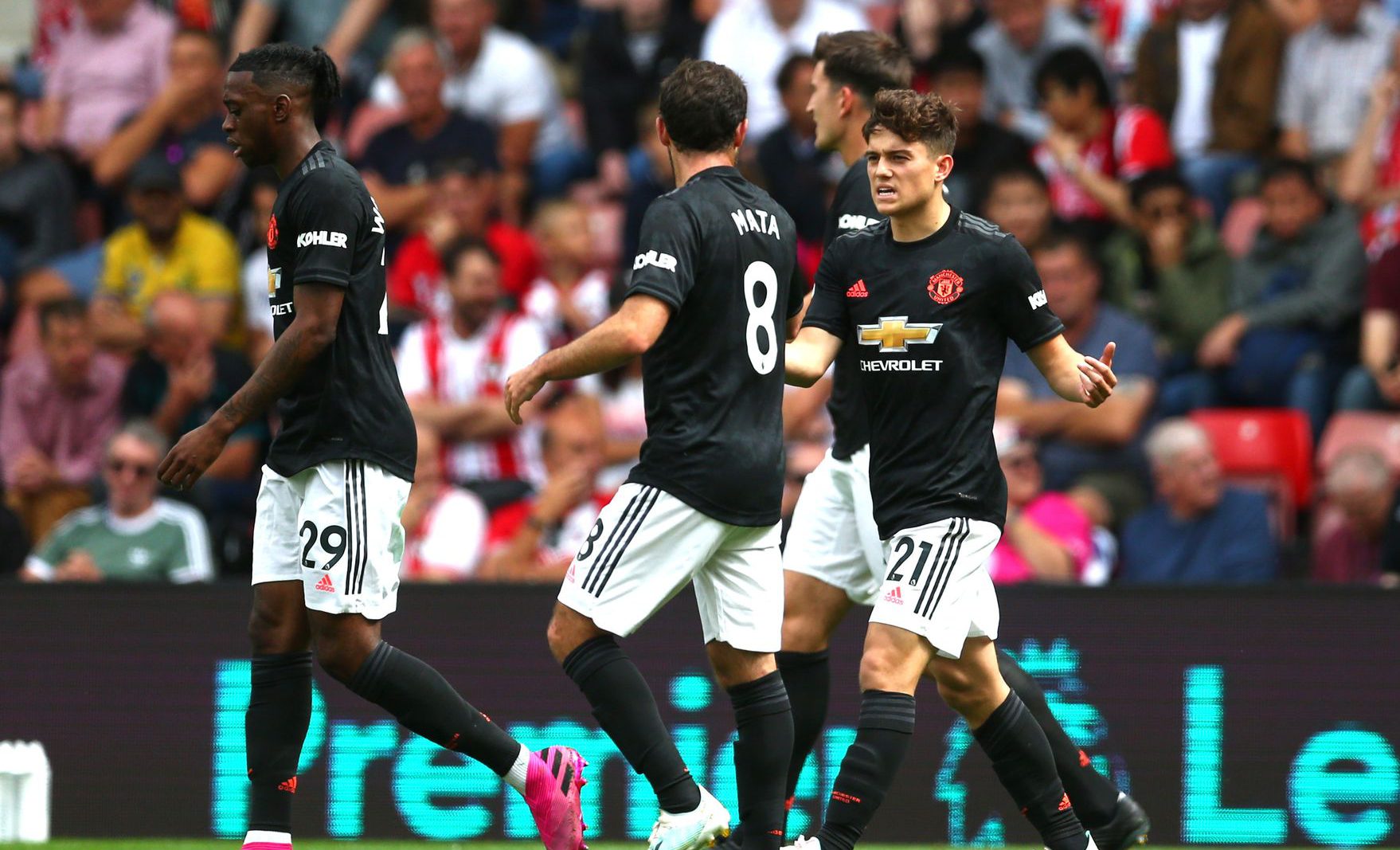 With the international break done and dusted, United return to Old Trafford hoping to get their first win in over a month against Leicester City.

Pressure has swiftly built on Ole Gunnar Solskjær, with the manager taking plenty of criticism as he prepares to take on resurgent Premier League boss Brendan Rodgers as they move into September.

Two teams currently blooded with youth meet in a fixture with an entertaining recent history this Saturday.

The Rodgers revolution has turned a team in mid-table mediocrity to a side with European football in the sights again with seven wins, five draws and three losses – including one to United in March.

Evolving a stuttering squad into a young, vibrant outfit in the space of seven months, controlling games with high-tempo football.

The permanent signing of Youri Tielemans from AS Monaco, for a fee believed to be around £40m, cemented one the most exciting midfield trios in Europe.

Ball-winner Wilfred Ndidi, deep-lying playmaker Tielemans and the creative force of James Maddison can adapt to different situations. The latter member usually plays as a number 10 at the King Power Stadium but away from home, Ndidi sits behind his two attack-building partners.

Jamie Vardy is typically dangerous on the counter attack, with young winger Harvey Barnes linking well with full-back Ben Chilwell on the left as Ricardo Pereira bombs forward past the industrious Marc Albrighton down the right flank.

One to watch – James Maddison

Creating more chances than any other Premier League player since his debut last year with 109, Maddison has made his mark for the Foxes.

The long-awaited full England international is in the division’s top three for awaits, through balls and crosses so far in 2019-20, showing no signs of second season slump.

Rumoured for a move to United in the summer, the Coventry City academy graduate will be eager to impress at Old Trafford as the epicentre of the Leicester attack this weekend – and watch out for his deadly free-kicks.

“I text Harry still and wished him the best playing with England the other day. He was a remarkable guy, a fantastic player, and his behaviour in the period here during the summer typified him as a man.” – Brendan Rodgers

The draining draw at Southampton will be over a fortnight ago once this clash kicks-off, and Solskjær will have ad time to mull over his lacklustre start to the season.

To add more misery, three more reds were added to the injury list over the break in Jesse Lingard, Paul Pogba and Aaron Wan-Bissaka – who, alongside Maguire, lost out to fellow new signing Daniel James for the club’s August player of the month award.

James hit a trademark curler from the left of the penalty area in Wales’ friendly over Belarus on Monday, which prompted national manager Ryan Giggs to once again heap praise on the 21-year-old, saying: “He’s one of those players, you know what he’s going to do, but you can’t stop it. There are so many goals (he’s scored) like that. He can go either way.”

Solskjær has joked about taking the winger off after one minute tomorrow, as the Welshman would equal his boss’ record of scoring in his first three Old Trafford matches.

Maguire will face his former side for the first time, after leaving on good terms for a rumoured £80m last month.

Former teammate Evans told the Daily Mirror that Maguire could play for United for the next 10 years, and will prove a bargain over time, as well as telling the Belfast Telegraph while on international duty that the club are still in his heart.

The newly-signed centre-back was even given the England captaincy late on in their Wembley qualifier against Bulgaria this past Saturday, keeping a clean sheet in that game but conceded a penalty against Kosovo on Tuesday night.

Diogo Dalot has been having treatment at Shanghai SIPG under their physio, Eduardo Santos, also known as the ‘Miracle Doctor.’ He arrived in China on August 29th and spent 10 days there.

The young Portuguese right-back is approaching full fitness and could make his first appearance of the campaign if Wan-Bissaka fails to overcome a back injury which ruled him earning a first England cap.

Ashley Young will likely play at right-back and given Luke Shaw’s definite absence, but Marcos Rojo will be on standby if the club captain has to cover on the other side.

French duo Anthony Martial and Pogba will both miss out, adding to a lengthy and distressing injury list.

Mason Greenwood came on in the 82nd minute at St. Mary’s and without a wealth of attacking options, the England youth international is expected to feature again given Solskjær’s faith in ‘the best natural finisher’ in the squad.

However, Juan Mata may well start on the right-wing with Marcus Rashford up front, which would be one of many changes that boosts to the average age of the starting XI.

“Maybe next weekend, we’ll have more of them back. That’s how it is in football and why we have loads of quality and numbers and we’re fine.” – Ole Gunnar Solskjær