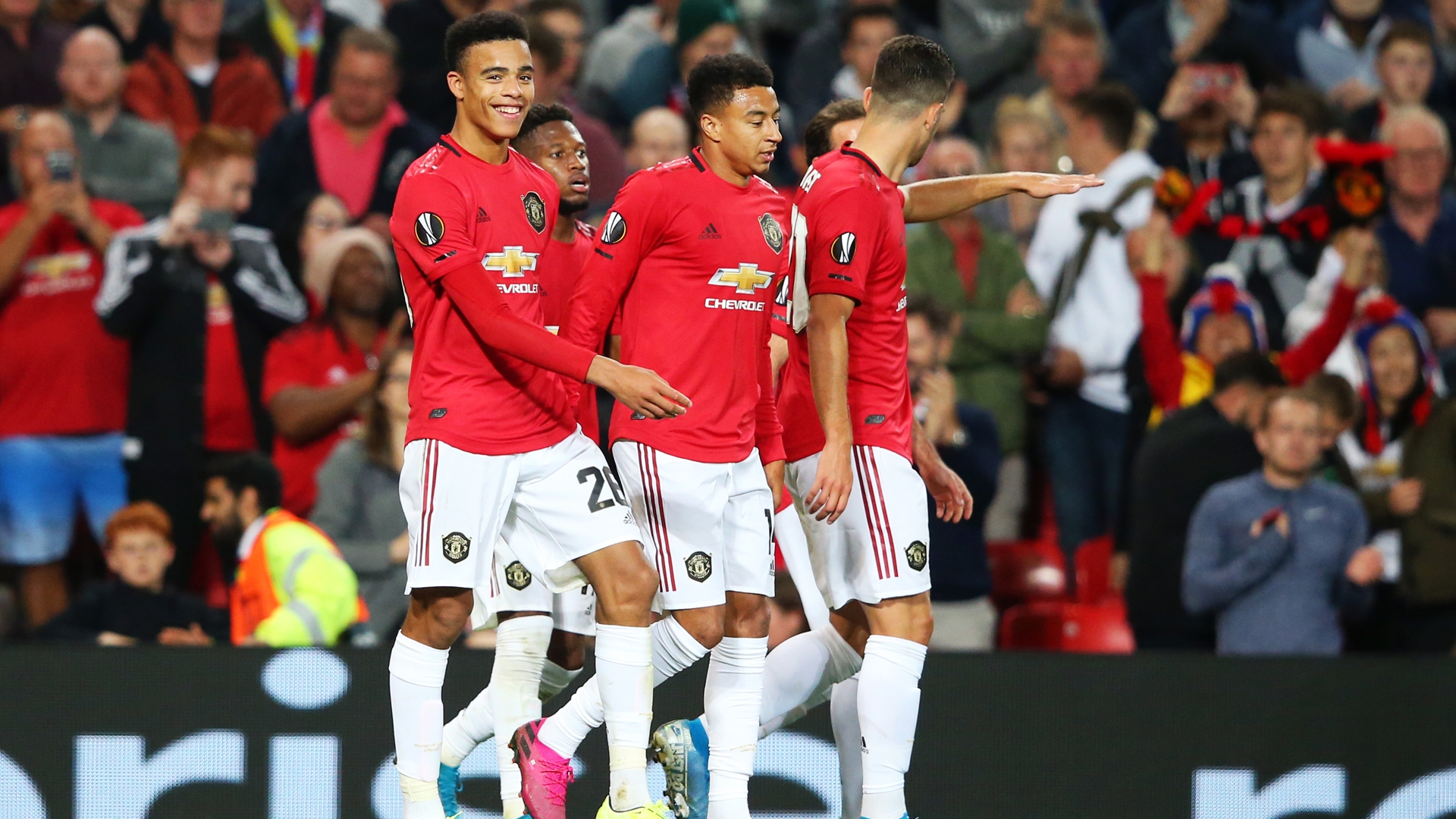 After a winning start to their Europa League campaign, United venture to London to face West Ham hoping to make it a first win on the road this season.

Ole Gunnar Solskjær earned back-to-back victories for the first time since March on Thursday, and will now take on Premier League winner Manuel Pellegrini, who can break a record by beating four different United managers in the Premier League.

The capital is the place to be for football this Sunday, and here’s everything you need to know ahead of this clash.

Since being smashed 1-5 on the opening day by Manchester City, two wins and two draws have followed for a much-improved Hammers side.

New striker signing Haller sits top of the scoring charts, supplied by wingers Felipe Anderson and Andriy Yarmolenko. Meanwhile, Declan Rice continues to impress at the base of midfield in the sole pivot in front of a solid centre back pairing of Issa Diop and Angelo Ogbonna or Fabián Balbuena.

Whoever the back line is, and more than soon, they will have star man Lukasz Fabiański between the sticks, who made the most saves in the Premier League during 2019-20.

In the middle of the park, Pablo Fornals is set to partner Mark Noble just ahead of the English prodigy due to Manuel Lanzini facing a late fitness test. In addition, Pellegrini may be forced into starting former City right-back Pablo Zabaleta on the left if Aaron Cresswell is not fit enough to start.

A win at the London Stadium almost 12 months ago to the day will give West Ham confidence but last beat United prior at home while still at Upton Park, only beating them in two of their last 21 Premier League meetings – winning fourteen and drawing five.

“We play against a big team, a good team, but the trust we have in our players now is different. We beat them 3-1 [in 2018-19] and I hope that we can do a complete game on Sunday.” – Manuel Pellegrini

Mason Greenwood’s gorgeous first competitive goal was enough to fend off a plucky Astana, as the forward became the youngest ever player to score for United in Europe.

Solskjær handed nine first starts of the season as he made wholesale changes, a strategy expected to be employed throughout the next few midweeks due to cup involvement, with Rochdale up next on Wednesday evening in the Carabao Cup.

David De Gea, the entire back four and many more are likely to regain their starting spots in a much-changed lineup.

The Spanish discussed the impact of the away support with the club website ahead of the match, saying: “It’s amazing… it helps us all tremendously down there on the pitch, we can always feel the warmth from our fans and that is hugely important to us.”

Although Marcus Rashford failed to take three guilt-edged chances on Thursday, faith in him is expected to be retained and has been directly involved in four goals in 351 minutes of Premier League action against West Ham – 88 minutes-per-goal.

The England forward has also provided more assists versus West Ham than against any other team, with three.

Despite the struggles of Tahith Chong, Axel Tuanzebe and Angel Gomes flourished behind latest academy sensation Greenwood. Their manager has reiterated that if he keeps scoring, he may well stay in the XI.

“We’ve had two clean sheets now, and that will give the defenders confidence. If we can keep a clean sheet [vs West Ham], it will be easier for the strikers. You don’t have to score twos, threes, and fours every time.” – Ole Gunnar Solskjær