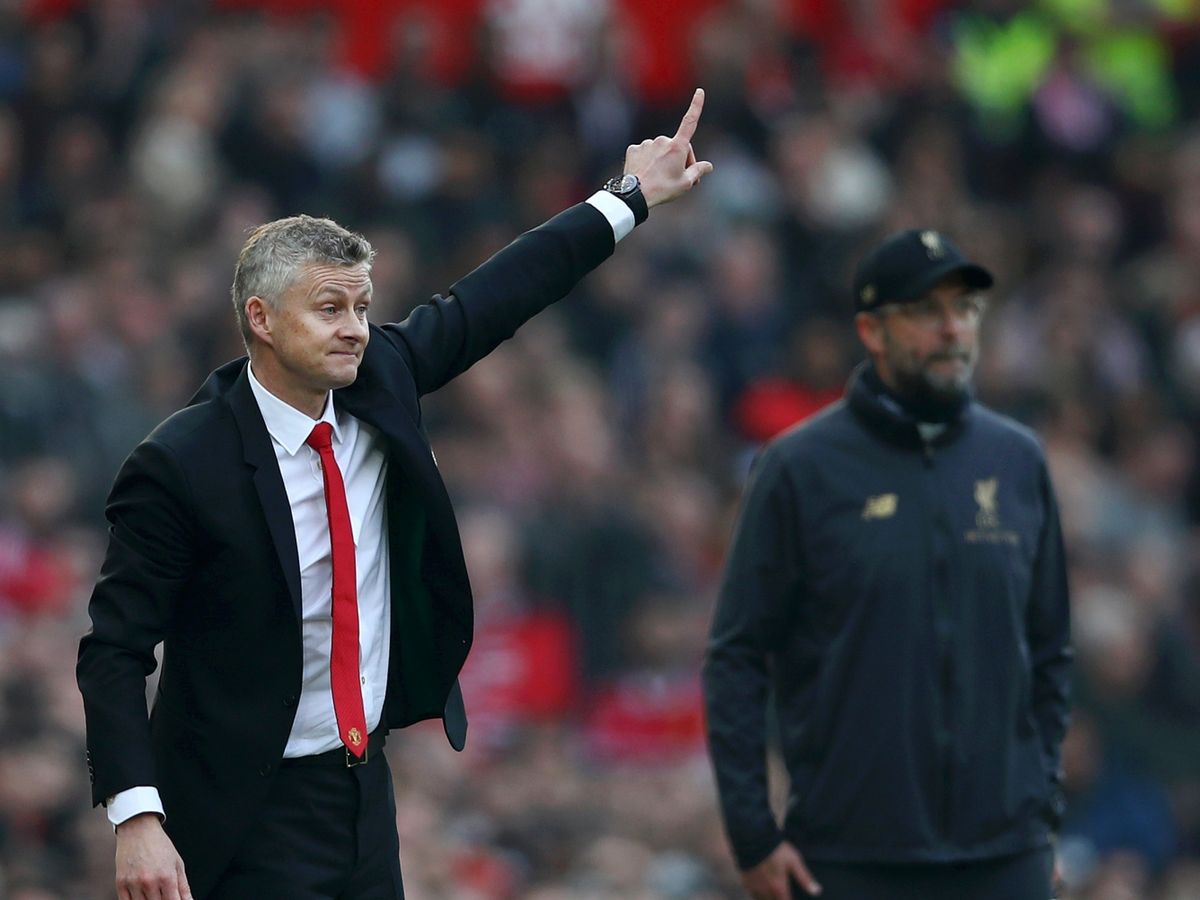 It’s the one we’ve all been waiting for – some excited for it, and some dreading it.

Ole Gunnar Solskjær won the European Cup for United 20 years ago and Liverpool, now the current continental champions, come to Old Trafford under the guidance of Jürgen Klopp.

The international break is over and the Premier League’s biggest match is here.

Top of the table but not at the peak of their powers, Klopp’s side sit eight points clear of Manchester City having scrapped past Sheffield United, RB Salzburg and Leicester City in their last three games.

In the most recent two of those, Sadio Mané has netted twice to continue his exploits, but Liverpool’s defence has been the most successful part of the Redmen’s winning machine, only conceding a division-best six goals.

With Alisson only expected to make his second start of the season tomorrow, the late coming of age of Joël Matip has been a revelation on Merseyside, and the towering centre-back was awarded a new long-term contract yesterday.

His performances have certainly been helped by partner Virgil van Dijk and flying full backs Trent Alexander-Arnold and Andy Robertson but the German-born Matip missed their last match so may not be involved.

Robertson was on international duty last week with Scott McTominay and told Liverpool’s official website: “he’s been excellent all season in a United team that has had its critics.”

“It’s a historic stadium, nice, though I prefer Anfield… The atmosphere is good, too. There is always an edge to it.”

Finally, off the pitch, FIFA coach of 2019, Klopp seemed aggrieved by how the media are perceiving United and had this to say: “They [the pundits] are trying to make it as we are the team and they are nobody.

“That is the situation that everyone creates – that we are so good and they have so many problems, they cannot play football anymore, we are flying.”

“The fuss is around us. We feel it, but that’s the positive part of the excitement. We really look forward to playing there. Let’s try to win for the first time, and if we cannot win then let’s perform in the best possible way.” – Jürgen Klopp

A dismal and damning North East defeat ramped up the pressure on Solskjær as the league-cup, league-cup schedule also ramps up now – this being the only home fixture in the next four games.

Also just over 20 years ago, the Norwegian scored in an FA Cup encounter to give United all three points and has faced Liverpool as Red Devils boss, drawing 0-0 back in March.

Today, Solskjær and coach Michael Carrick were joined by none other than a healthy-looking Sir Alex Ferguson at Carrington.

The trio were watching the U18s draw 1-1 with Middlesborough as Swedish forward Anthony Elanga equalised in the 80th minute.

Ahead of the match, an interesting statistic showing Klopp and Solskjær’s first 29 Premier League games in charge of their respective clubs has circulated across social media.

Patience proved to be a virtue for Liverpool, although United may not be so lucky.

In addition, the Red Devils have kept four clean sheets in 11 games this term while the Redmen boast just three in their 13 outings.

As well-documented in the week, David De Gea is set to almost definitely miss out due to an injury he sustained on Tuesday evening for Spain. Therefore, Sergio Romero is expected to start this one to make it at least one back-up goalkeeper between the sticks.

United haven’t lost a 90-minute game at Old Trafford with the Argentine in goal, as well as keeping six Premier League clean sheets in his seven appearances and saved in the penalty shootout against Rochdale.

However, De Gea was spotted with the squad heading into The Lowry hotel tonight.

Paul Pogba remains out with Luke Shaw, as Anthony Martial and Aaron Wan-Bissaka face races against time to feature. The latter pair were also spotted by photographers at the team hotel.

Martial, who scored on his debut against the Redmen, told the official United magazine Inside United ahead of the match: “My favourite goal still has to be the one against Liverpool. It was my first game and I was still discovering Old Trafford for the first time.

”It was a really magnificent goal and, more importantly, it meant that we went on to win the game.”

Two other academy products Andreas Pereira and Axel Tuanzebe also spoke to the club programme United Review, with the latter revealing: “It’s huge to me, it’s huge to my family, it’s huge to my friends. You know, I’m already getting messages now saying, ‘make sure you beat Liverpool.'”

Mason Greenwood, like fellow youngster Brandon Williams did in the week, signed a new contract yesterday and was at Carrington over the break having dropped out of England’s U21 squad with a knock but seems to be available.

“The mood in a football club is always affected by results but it’s been better than expected within here and people that you meet can see what we’re trying to do. But winning games is the biggest thing.” – Ole Gunnar Solskjær