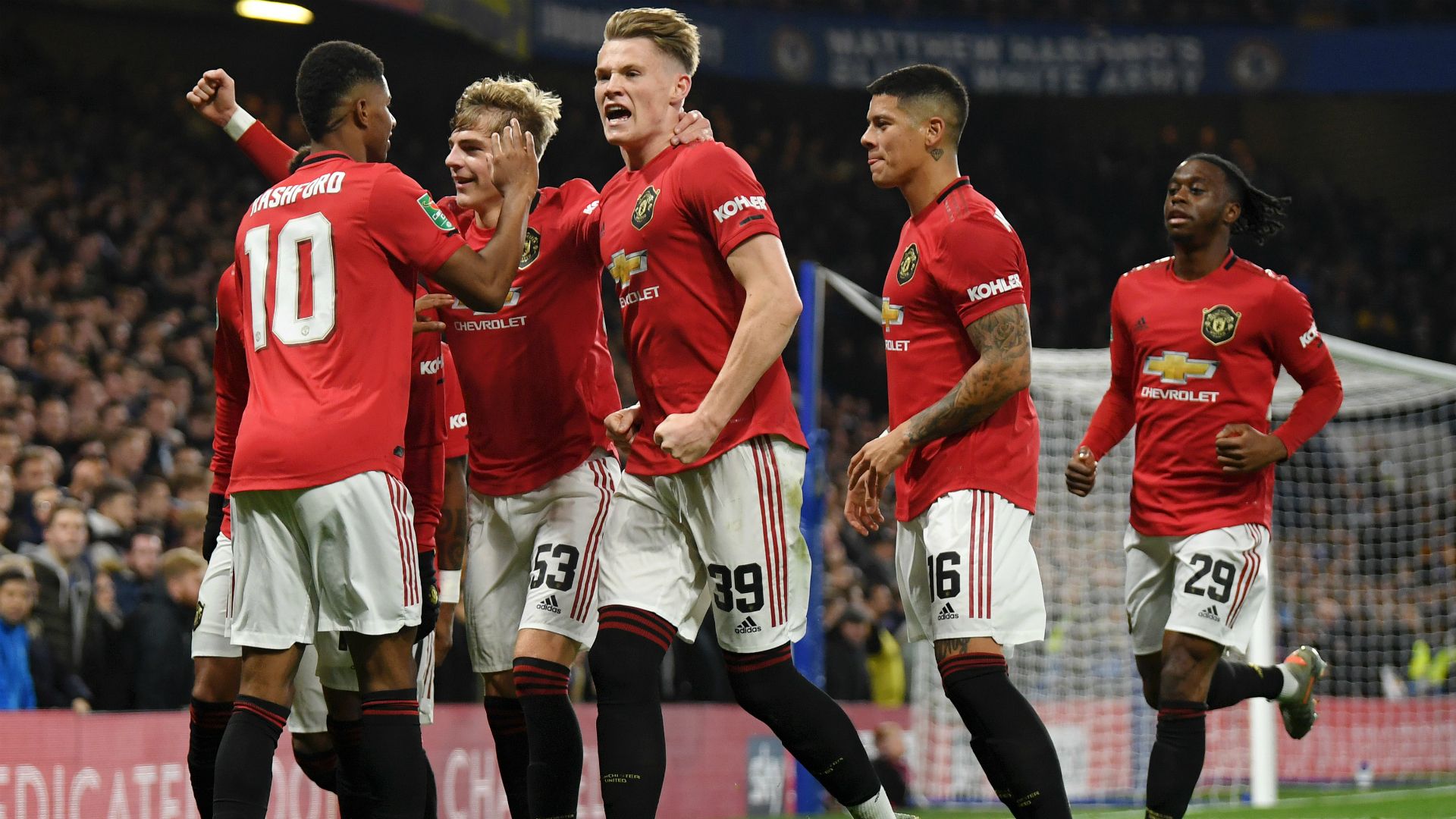 Having advanced to the Carabao Cup last eight on Wednesday, United travel to the Dorset coast to face Bournemouth in hope of a fourth consecutive away win.

Eddie Howe’s Dean Court is somewhere Ole Gunnar Solskjær is yet to manage while at the wheel, and can be a tough place to visit with only Manchester City winning there this season.

In the Premier League’s early kick-off, 8th welcome 7th on the same weekend as this fixture last year.

Winless in over a month having not scored throughout all of October, Bournemouth’s strong start has prevented them from being near the bottom as winter looms.

Along with Liverpool loanee and Welsh winger Harry Wilson, a bright spark of the Cherries’ campaign has been academy goalkeeper Aaron Ramsdale.

The Stoke-born stopper arrived from Sheffield United in 2017 and the 21-year-old has been involved in England’s youth ranking as of late.

His performances have helped the Cherries keep two clean sheets in the past two games, in spite of previously not making a shutout in the league this term.

Howe, speaking this morning, said: “The clean sheets are a huge positive for us and something we needed.

“To be truly successful we have to tighten up defensively and the players have done really well.”

“United have played very well recently, they have quality players and a manager that’s given them real stability. We have to show more than our last home game and get the supporters on our side for this one.” – Eddie Howe

Yet another victory for Solskjær at the previously feared Stamford Bridge came courtesy of Marcus Rashford the night before his 22nd birthday midweek.

A penalty – taking his spot-kick tally to a positive one for this season – and his knuckle-ball free-kick, sent United through to face Colchester United at Old Trafford in the quarter-final to be played mid-December.

Rashford also scored a 92nd-minute winner almost a year to the day in this fixture, after Anthony Martial cancelled out Callum Wilson’s opener.

On Wednesday, Scott McTominay was once again colossal, and despite a lapse at the back for Chelsea’s equaliser, the defensive unit was strong.

The midfielder was awards his second player of the month in a row award by the club today, as voted for by supporters, and his manager spoke on him in his pre-match press conference, saying: “Scotty has been excellent.

“He’s a leader, he’s a Manchester United boy and you can tell he used to be a striker with the goal he scored against Norwich on the half-turn. He’s developing into very good midfielder.”

A part of the three-man back line was Victor Lindelöf, who produced a sensational tweet post-match comparing Critstiano Ronaldo’s iconic 2008 goal against Portsmouth to Rashford’s 35-yard screamer.

Sure I’ve seen that somewhere before… 🚀 pic.twitter.com/BtD16wIJQJ

David De Gea should return between the sticks, but ahead of him, Lindelöf may be unavailable due an injury he picked-up late on during Wednesday’s win.

That could force the manager to revert to a back four as an extra midfielder starts – possibly Andreas Pereira starts.

Jesse Lingard is expected to be replaced by Anthony Martial, as the Frenchman looks for to score for the second successive weekend.

Harry Maguire, Lindelöf and Rashford have been involved in light training today and will be assessed before the trip south.

“Fine margins decide football games at this level. It’s so much easier when you get confidence or momentum from previous results. At the moment, the boys are playing more on instinct rather than taking that extra split second to think.” – Ole Gunnar Solskjær