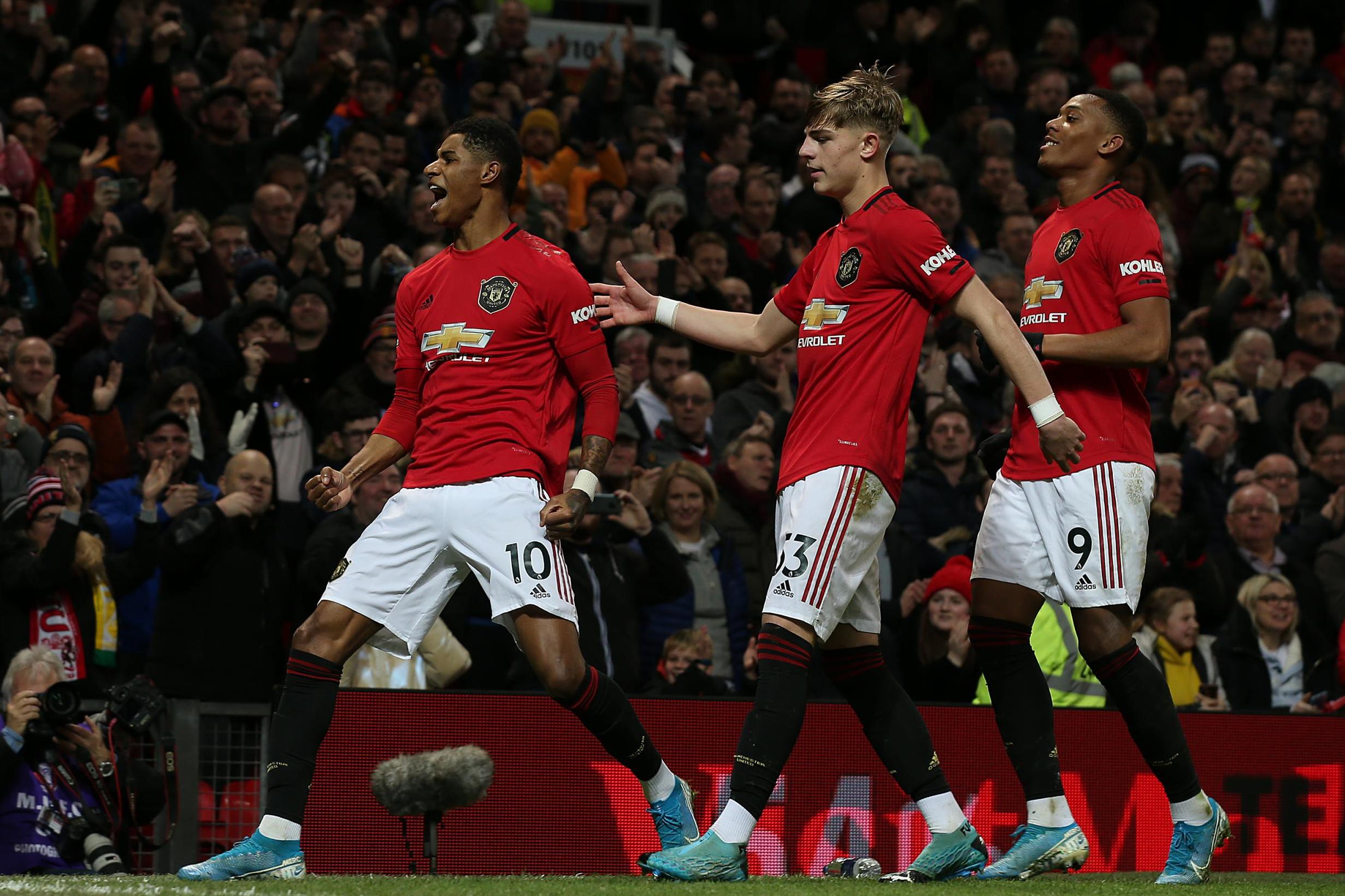 After a goalless draw at Molineux nine days ago, United and Wolves will meet again at Old Trafford tomorrow night, both hoping to make the Fourth Round.

Ole Gunnar Solskjær will have breathed a sigh of relief following a 4-0 win at the weakened, while Nuno Espírito Santo’s men are stuttering.

The magic of the FA Cup has another chance to make this tie something special in this replay.

It will be Tranmere Rovers or Watford away from home in the next round – but there’s a twist.

United or Wolves were set to know their potential opponents prior to kick-off, but that replay at Prenton Park tonight has been postponed.

This is due to Storm Brendan taking its toll on Birkenhead and the match has been rearranged for next Thursday (23rd) despite Watford also playing next Tuesday.

Wolves have been a thorn in United’s side plenty of times since being promoted in 2018, with the only meeting at Old Trafford ending in a 1-1 draw.

João Moutinho scored the equaliser in September of that year and may come into the starting XI to bolster the midfield after starting on the bench at Molineux last Saturday.

Raúl Jiménez came off the bench to hit the woodwork in that original fixture, while Romain Saïss headed just wide in the first half and Matt Doherty was superbly denied by Sergio Romero early on.

Wing-back Doherty also had a second-half goal ruled out by VAR; a less contentious decision than usual.

Some have speculated that Nuno may opt for a weakened team because of how congested Wolves’ fixture list has been since the beginning of this season – which started in July.

John Ruddy is the domestic cup goalkeeper for Wolves and will keep his place, but the rest of the team is fairly unpredictable.

Ruddy told local news outlet Express and Star: “I make no secret I enjoyed watching United as a kid.

“Peter Schmeichel, Ryan Giggs – they were my idols growing up so to go to Old Trafford in any capacity is great and you look forward to it.”

Patrick Cutrone has left for Fiorentina on loan until the summer of 2021, leaving striking options thin.

Diogo Jota, who started the original clash, has scored in two of his last three appearances against United, although will only be back in training next week due to injury.

“The next game is always the most important one. We still have to see [who will play] and decide. It’s a fantastic stadium to visit.” – Nuno Espírito Santo

A resounding and refreshing thrashing of bottom-placed Norwich City on Saturday was United’s first victory of 2020.

Marcus Rashford got two goals before being taken off – as an apparent precaution – while Anthony Martial and Mason Greenwood added third and fourth goals respectively.

Juan Mata pulled the strings and Brandon Williams shone again – despite possibly securing miss of the season in the Premier League.

Although talk of Ashley Young, heavily-rumoured to be heading to Milan side Internazionale, has cooled down in the past few days but he won’t be involved in this one according to Solskjær in his pre–match press conference.

Romero is expected to once again start between the sticks behind a likely unchanged back four unless the manager opts to put Luke Shaw back in at left-back to give Williams some rest.

Solskjær says centre-back Eric Bailly is ‘very close’ to returning and was involved in a behind-closed-doors match today.

Moving to midfield, Nemanja Matić has impressed since returning to the team in spite of him reportedly looking to leave.

Rashford should be okay to start along with Anthony Martial, who was ill for the trip to Molineux.

Contrary to hope in the fan base, Bruno Fernandes will not be in the squad as his transfer speculation continues.

Eric Bailly – knee (back in training)

Timothy Fosu-Mensah – knee (back in training)

Marcos Rojo – muscle (back in training)

“For me, the most important thing is we get results sorted, get performances on the pitch, gotta be my focus but I know we’ve got the resources, we’ve got the backing if we need to go into the transfer market. We are still up there, so still in a good place.” – Ole Gunnar Solskjær

The Red Devils have been taken to an FA Cup third-round replay for the first time since 2012-13, when they eliminated West Ham United at Old Trafford

Wolves have lost nine of their 10 previous FA Cup away third round replays, winning the other versus Oldham Athletic in 2007