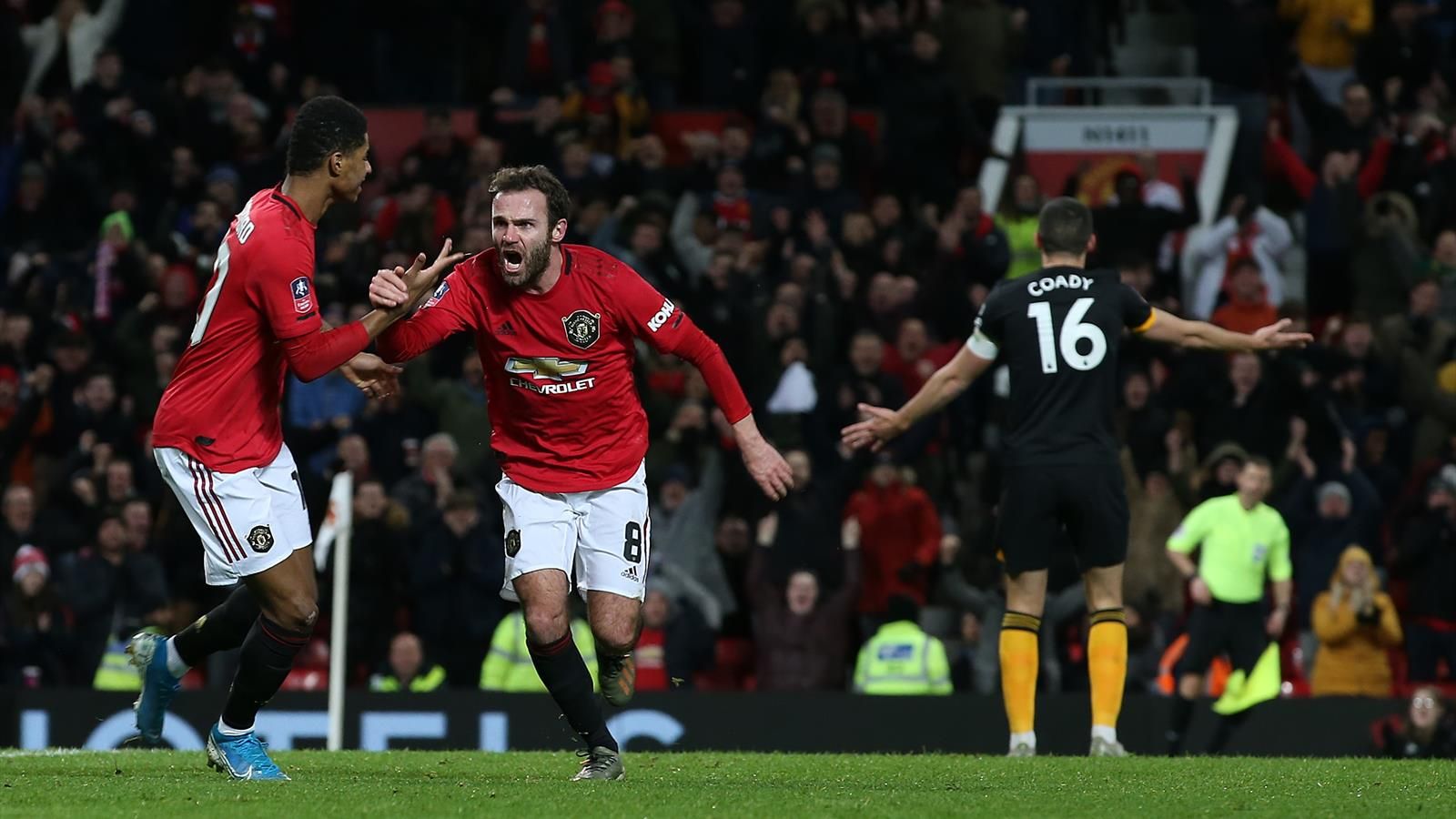 United made sure that they remain in all four competitions in midweek, but one of those seems un-winnable, thanks to Liverpool.

Ole Gunnar Solskjær will know what denting Jürgen Klopp’s title charge means as much as anyone else.

The Old Trafford meeting is the only time the Merseysiders haven’t picked up three points in a Premier League game in this season, but now it’s time for Anfield.

STORY OF THE REVERSE FIXTURE

VAR dominated proceedings in Manchester back in October as Liverpool felt the brunt of two decisions against them – a rarity since the system’s introduction.

Appeals from the visitors were waved away, and the goal stood to the league-leaders’ dismay.

Sadio Mané then thought he’d equalised when he slotted in at the Stretford End but Martin Atkinson was advised to overturn his decision as it clipped the forward’s arm in the build-up.

Liverpool never got into their stride, especially without Mohamed Salah, as Solskjær had tactically outwitted Klopp playing a 3-4-1-2 formation with split strikers.

However, an equaliser finally came in the 85th minute when Adam Lallana made an impact from the bench, converting Andrew Robertson’s fairly tame cross.

Frustration was almost mutual at the final whistle as the sides drew again in 2019.

Top of the table, unbeaten in the league and showing no signs of stopping, 2020 could finally be their year.

Liverpool went close last year but the three-decade wait seems like it could well be over by May, or even sooner.

51 games have passed since Liverpool last lost at the iconic and cauldron-like Anfield. They have also not lost in 38 league matches since a decisive defeat at Manchester City over a year ago.

Not much needs to be mentioned, other than that they boast a fantastically solid goalkeeper, imperious centre-backs, marauding full-backs, grafting midfielders and a prolific front trio.

Klopp confirmed in his pre-match press conference today that Fabinho and Joël Matip are fit and likely available in the squad, although Dejan Lovren will only begin training ‘100% on Monday.’

“It is strange when you play against United, who are a high-quality team, and they play the way they do. We had it with Spurs, after 70 minutes we had I think around 80 per cent possession. That is not normal.” – Jürgen Klopp

Next match: Wolverhampton Wanderers [A] 23/1

Wolves took the lead but VAR intervened midweek as United went through to the FA Cup Fourth Round thanks for Juan Mata’s clinical second-half finish.

Rashford started from the bench but lasted just 17 minutes after picking up a concerning injury.

In recent news, Ashley Young’s move to Internazionale for a reported €1.5m plus add-one was confirmed yesterday.

During Solskjær’s own presser, the manager confirmed Harry Maguire will be the new club captain due to Young’s departure to Milan.

The 26-year-old boasts 10 clean sheets in his 28 games, having become the world’s most expensive defender last summer.

Off the pitch, a lot has been made of how United will arrive at Anfield, with the ‘pint and a pyro’ scene looking to intimate the players approaching the stadium on Merseyside.

Despite Sergio Romero racking up his 34th clean sheet in 53 games for the club, David De Gea is set to return between the sticks.

The back four including Brandon Williams, who impressed again on Wednesday, is expected to be unchanged unless Solskjær opts for another centre-back to bolster the defence.

Rashford’s injury puts him in doubt for this one, although the ever-contentious ‘painkillers’ have been mentioned.

Mason Greenwood is expected to start up front while Anthony Martial and Daniel James will be tasked with occupying Liverpool’s full-backs like Rashford and James did so well in the aforementioned reverse fixture.

In form Juan Mata is an option from the bench, as Andreas Pereira is set to start given his energy.

United’s trio of Greenwood, Martial and Rashford have 39 goals between them this campaign – one more than Liverpool’s formidable front line.

“The last two performances we’ve had against Liverpool, we’ve drawn twice and been closest to winning both of those games. That will give us belief that if we perform to our best we’ve got a chance of winning.”– Ole Gunnar Solskjær