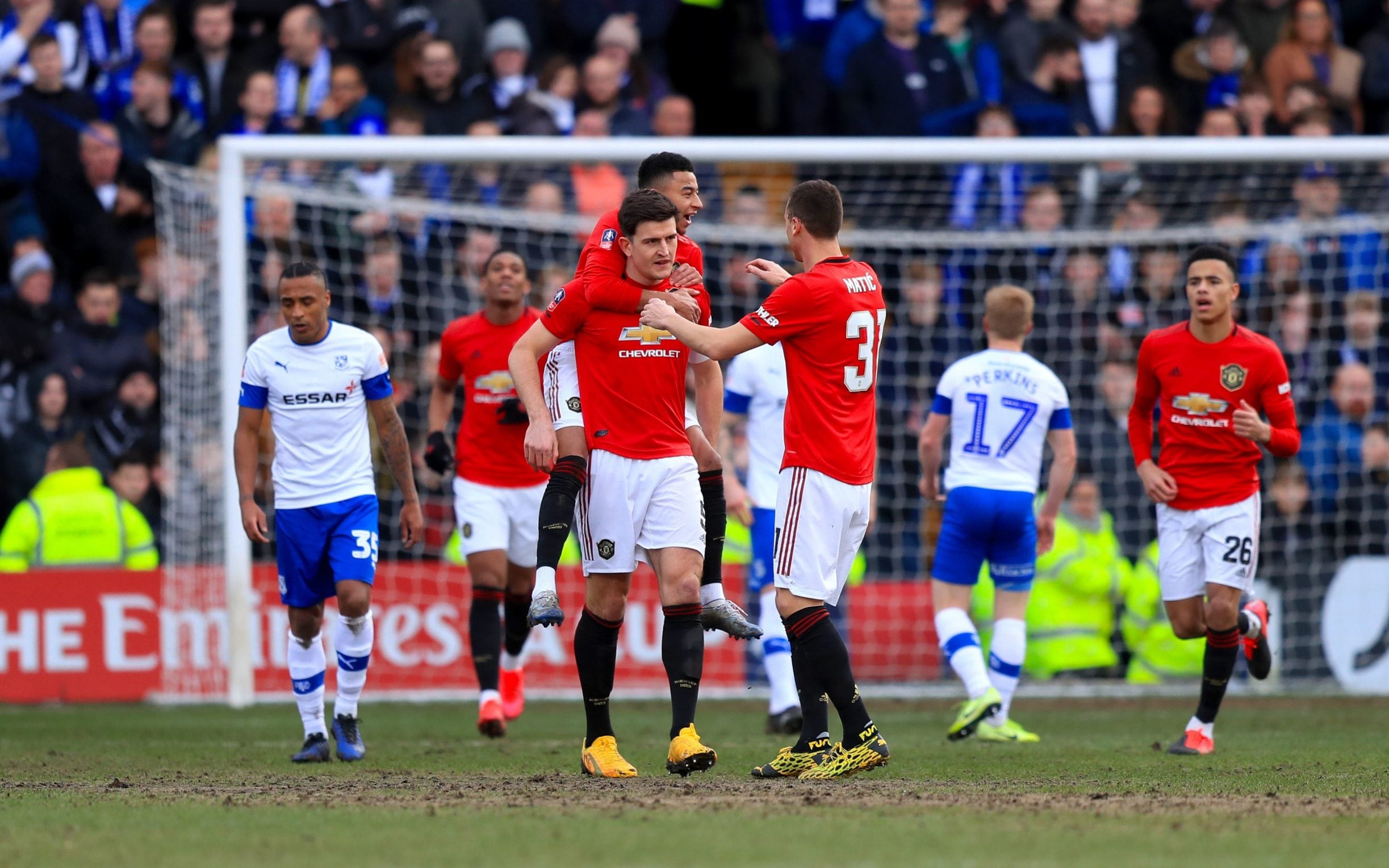 The Premier League title may well not be heading to Manchester again this season but its two clubs are still looking to face either Aston Villa or Leicester City at Wembley in March for the Carabao Cup final.

Ole Gunnar Solskjær won his only trip to the Etihad Stadium just over seven weeks ago and will be hoping to do another job on Pep Guardiola.

City won the first leg at Old Trafford 1-3 and goals will be needed, but United have climbed bigger mountains in recent history.

Story of the first leg

After a loss and a draw to start 2020, United were hoping to get back on track in the Derby. However, Solskjær’s men were torn apart.

Guardiola employed a false-nine system in the first leg, which devastated the home defence with three goals in 22 minutes in front of the Stretford End.

A Bernardo Silva rocket, Riyad Mahrez finish and Andreas Pereira own goal killed that particular game but that Red Devils win at the Etihad will give them hope.

Although, a second-half Marcus Rashford consolation kept the tie alive and allowed Wembley not to be out of reach just yet.

It’s safe to say that City won’t be retaining their Premier League champions status for a third season, sitting 16 points behind and one game ahead of Liverpool.

Criticism has been heavily levelled at their defence, while they haven’t had the best of luck in front of goal at times with VAR.

B. Silva netted in the Emirates FA Cup this weekend for City and could once again play down the middle like at Ole Trafford, flanked by Mahrez and Raheem Sterling.

De Bruyne was only on the bench in their FA Cup win while David Silva played the full 90 minutes, so expect change in the midfield.

Phil Foden was handed a rare start by his Catalonian manager and could start if a Sunday penalty scorer İlkay Gündoğan is dropped.

The win drew them a trip to Hillsborough to face Sheffield Wednesday in the fifth round, which is to be played the midweek after the league cup final.

Despite the comfortable victory, the official-announced 39,223 crowd seemed to disappoint Guardiola who said: “It was not full. I don’t know why.”

Today speaking to the press, he elaborated saying: “Never it was my intention to offend them. But until the last day here I will fight to see the Etihad full every single game. It’s up to us to play good, to seduce them to come. We want to see the people enjoy together the games.”

He’s also made other headlines as of late, asking this competition to be scrapped as well as FA Cup replays – which will not be used in the forthcoming rounds.

This match could of course go to penalties and Guardiola claimed goalkeeper Ederson is the best at the club from spot, although Claudio Bravo is expected between the sticks.

In another typical appraisal of his players, he claimed now returning long-term absentee Aymeric Laporte is the ‘best centre-back’ in the world but the 25-year-old Frenchman is doubtful after missing out on Sunday.

“It’s Man United. They can do it, they have done it. In these kind of games against incredible teams with incredible history, they have pride and I know how difficult it will be to reach the final.”  – Pep Guardiola

Next match: Tottenham Hotspur [A] 2/2

A 0-6 thumping on Merseyside was just what the doctor ordered for United on Sunday.

Through to the fifth round, United had 10 different players involved in the goals to help them advance in their FA Cup campaign.

Harry Maguire and Anthony Martial both grabbed a spectacular goal and assist each and were taken off to avoid being additions to the packed treatment room.

Solskjær achieved something no United manager has done since Sir Alex Ferguson as the Red Devils scored by six goals in one game and Mason Greenwood became the youngest United player to score 10 goals in a term since legend Norman Whiteside in 1984. Esteemed company for both.

A visit to Keith Curle’s Northampton Town or Wayne Rooney’s Derby County is what United were given in last night’s FA Cup draw.

Finally, the clock is ticking to the shutting of the transfer window on Friday but Solskjær had no updates on incomings or outgoings in his pre-match press conference today.

Back in Manchester, there may not be too many changes to the starting XI but a few are expected.

David De Gea should return in goal and Aaron Wan-Bissaka at right-back if Solskjær reverts to a four-man defence.

Fred played the second-half and is set to regain his starting spot in place of a defender.

Nemanja Matić made way for Fred at the interval due to a knock and Solskjær hopes he will be fit to start at the Etihad.

Jesse Lingard earned Man of the Match, looking like his old self again at Prenton Park so could retain his place instead of Pereira, who disappointed again.

“It has to be a perfect performance to win with two goals against such a good team away from home. We’ve done it against good teams before, and of course, the game in December gives us hope we can do something there.” – Ole Gunnar Solskjær