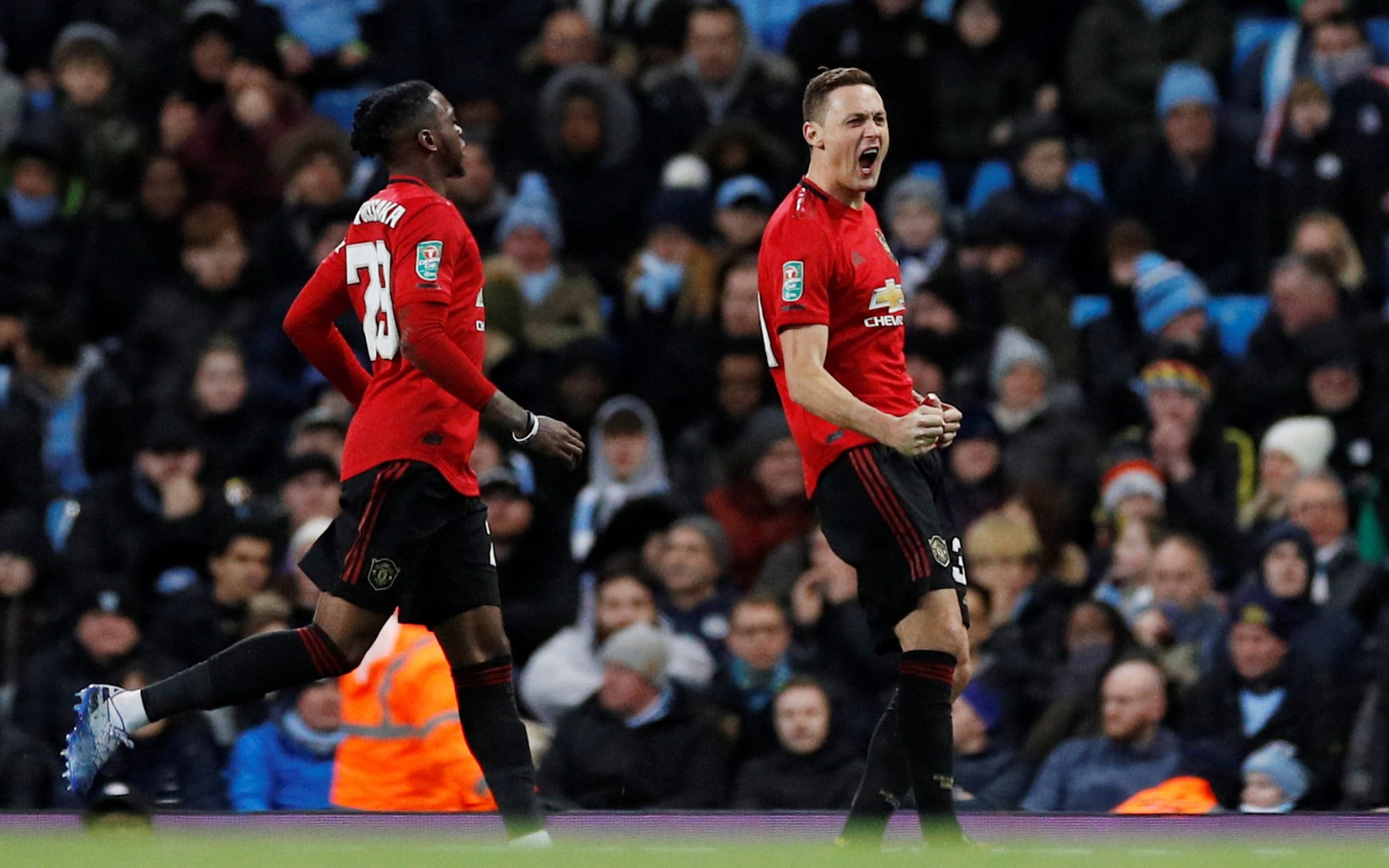 For the second time this season, United came away from the Etihad with a victory. But this time around there were no celebrations, as despite a spirited performance, they didn’t quite manage to turn around City’s 3-1 win at Old Trafford. Let’s see how the players got on.

Made a vital, excellent early save from Aguero to keep United in the tie, and was solid all night.

This was a game where United needed Wan-Bissaka to be more prominent in the opposition half, but he’s still got a long way to go in that respect. Strong defensively as ever.

A little ropey in possession at times, but helped United secure a clean sheet.

Marshalled the defence very well from start to finish. His calmness on the ball is vital in games like this against high-pressing teams.

If there’s one game Luke Shaw can play as a centre-back, it’s this one. With no aerial threat to speak of, Shaw used his defensive qualities to shield United’s goal in the back three.

Yet again the young Mancunian shows that he’s not flummoxed by any challenge put in front of him. His composure and tenacity were evident from minute one.

Started off a little wasteful on the ball, but his fine form continued – hassling the City midfield and showing excellent drive and cleverness to shuffle away from the press.

Yes, it was a silly challenge that saw him get his second yellow, but Matic’s influence was a huge help to United’s performance beforehand. Capped it off with the sweetly-struck only goal of the night.

Was seemingly berated by Solskjaer in the minutes before his substitution, and rightly so. Had several opportunities to break on City but heavy touches and poor passing let him down.

Hardly involved in the first half before being subbed at half time with a knock. United fans will hope it’s not too bad, with Rashford already on the sidelines.

Struggled to get himself in the game, and could have done better with a couple of his shots.

Didn’t get the chance to impact on the game and get at Cancelo down the right. Desperately searching for his early season form.