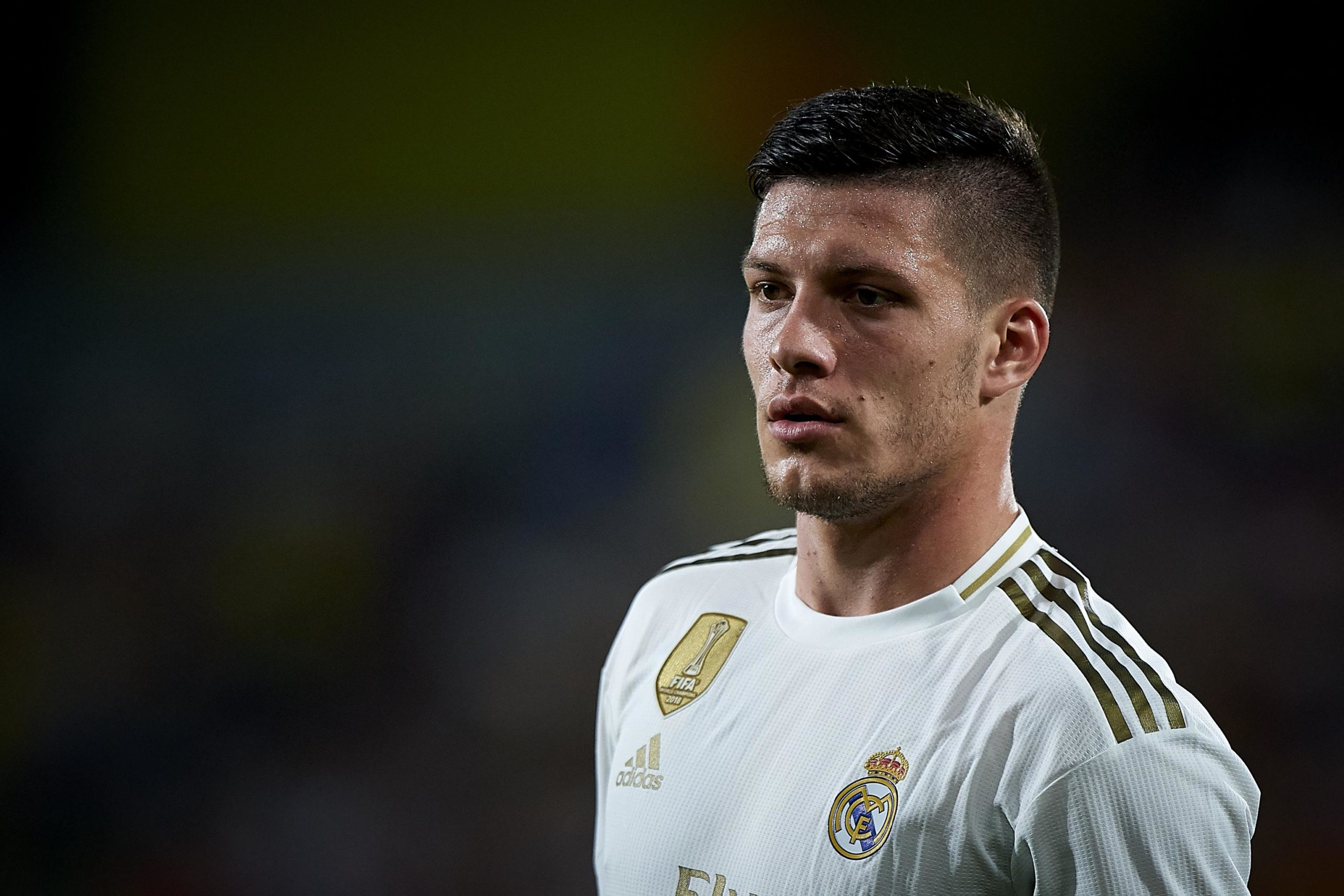 Manchester United have addressed a much-needed issue in this transfer window, bringing in Bruno Fernandes to aid their depleted-looking midfield with some extra creativity.

Ole Gunnar Solskjaer has, however, now hinted towards another addition this month, stating that he wants a new striker. To quote him exactly, the Norwegian wants “a striker who wants to break his nose to score a goal.”

With Marcus Rashford out injured, it is certainly a position that needs strengthening, with the side currently only having Anthony Martial and 18-year-old Mason Greenwood as options.

Time is clearly of the essence though, with deadline day being this Friday. This leaves United with limited options, with a loan deal or a short-term contract being the only realistic opportunities.

Should the Red Devil’s dive into the loan market, Luka Jovic could well become the club’s top target. The Real Madrid forward is reportedly available, having not hit expectations since arriving in the Spanish capital last summer.

The Bosnian was signed for €60m from Frankfurt, where the striker had established himself as a clinical figure inside the box. He registered seventeen league goals in thirty-two appearances last season, with the forward flourishing in a team that worked around him, providing balls into the area on a consistent basis.

Jovic is considered quite an all-rounded striker, as despite looking like a poacher in the box, one of his biggest strengths also lies in his buildup play. At Frankfurt, the Bosnian would often drop deep away from defenders, picking up the ball on the half-turn. Such a factor would benefit this current United side, as he could be the linkup figure to bring the frontrunners into play.

Despite not setting the world alight at Madrid, the 22-year-old is evidently a big talent, and a short-term loan could help him get back on track. Karim Benzema and Vinícius Júnior are favoured ahead of him at present, the only question over the transfer lies with whether Florentino Pérez would want to aid United. The two clubs don’t necessarily have the smoothest of relations when it comes to transfers between players.

Another forward that looks to be available this month is Dries Mertens, with Napoli being reluctant to let the Belgian leave on a free in summer. His contract expires in just six months, fueling plenty of rumors linking the striker with a move to the Premier League.

Chelsea appear to be the frontrunners to capture his signature, and looking at his record on paper, it isn’t hard to see why Mertens is hot in demand. He has been a consistent goalscorer in Serie A and the Champions League over the last four years, proving he can cut it at the top level.

Despite being 32-years-old, he would provide some experience to United’s frontline, with an 18-month-deal looking beneficial for both parties. The Belgian is a pacey forward and fits the mold of striker that Solskjaer demands in his frontline, as he is always eager to make runs in-behind.

Whilst the transfer looks unlikely, it would be rather naïve to completely rule out the option from United’s behalf.

Strong reports have linked United with a move for Valencia’s Maxi Gomez, with the club supposedly sending scouts to watch the striker against Barcelona, a game where he scored a brace.

He may not be the most stellar name that the Red Devils have been linked with, but the 23-year-old has established himself as one of La Liga’s most prolific forwards across the last two years. He has thirty-nine league goals since 2017, with Gomez averaging a goal every two games since joining Valencia this season.

Whilst the Uruguayan isn’t the quickest, he does have a strong build that makes him an effective target man. Often used in an orthodox 4-4-2 formation, Gomez has experience in holding the ball up and bringing his wingers into play, acting as the focal point up-top alongside Kevin Gameiro.

It wouldn’t be a signing that would break the internet, but the forward is a hard-working and effective option, that is also experienced in-front of goal. With deadline day fastly approaching, could Gomez be a hidden gem in the market?